New Mexico Dept. of Higher Education Secretary Jose Garcia briefed members of the Legislative Education Study Committee in Sante Fe this afternoon on the higher ed funding formula and what is proposed for the FY 16 budget year.

Development of an outcomes-based formula over the past few years has often been a rocky process. This year, said the secretary, the work was “robust” and a steering committee representing institutions agreed on a single formula that features approximately two per cent growth. Briefly, it is proposed that ten percent of the I&G state appropriation should be based on outcomes measures. To achieve that goal, $12.2 million in new money would be added to nearly $50 million “shaved” off of the current operating base. The resulting $61.2 million would be distributed through base adjustments, workload (course completion and student services), statewide measures like awards production for STEM-H (science, technology, engineering, math, health) and mission-specific measures. For research universities, the latter would include a percentage of the total grants and contracts.

It has also been agreed that disagreements about the formula, and many remain, would be dealt with over the next couple of years. For example, smaller institutions argue the formula puts them at a major disadvantage. Philosophies differ on whether performance funding should be competitive over all institutions or rather be based on an individual institution’s performance year-to-year. Also, how should the formula deal with operating base adjustments?

LESC members are fluent in public school funding, but find higher ed funding to be a different animal altogether. They were concerned about the formula’s impact on smaller community colleges and wondered “are we counting the right things” for performance-based outcomes. They also questioned why the proposed formula is silent on compensation. The Secretary said that is an issue for governing boards.

Note:  With the current decline in oil and gas revenue, some lawmakers cautioned that plugging any new money into the formula may be an overly optimistic endeavor. Revised revenue projections are due next month.

Meanwhile, over at the Science, Technology and Telecommunications Committee, institutions including UNM that use BANNER for their IT needs are asking for money for an upgrade and training over the next couple of years. 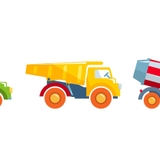 Project to cause temporary traffic disruptions on Los Lomas