With its second gift of $400,000 since 2013, the Bilinski Educational Foundation will continue to recognize excellent doctoral students in the humanities at UNM. This year, eight UNM doctoral students, including Kaitlyn Creasy, Ann D’Orazio, Shelece Easterday, Laura Hirrel, Aubrey Healey, Natalie Latteri, Darren Raspa and Julie Williams, were chosen to receive the Bilinski Fellowship due to their outstanding dissertation work.

Russell and Dorothy Bilinski were true intellectuals who believed in being self-sufficient, ambitious, and responsible. Both were adventuresome, independent, and driven individuals. Russell was a researcher, academician, and an entrepreneur while Dorothy was an accomplished artist and patron of the arts. When they passed away, the Bilinskis left a significant gift in the form of the Bilinski Educational Foundation. Because education and independence were so important to the two, they created the foundation to pass on their legacy to future generations.

Students who are awarded the fellowship receive approximately $25,000 that is paid over the academic year. To be eligible for the fellowship, students must be a full time doctoral student in the College of Liberal Arts graduate programs, maintain good academic standing at all times, have demonstrated exceptional ability and potential in his or her field of study, and be a student who needs financial support to complete his or her degree.

The 2016 Bilinski Fellowship recipients are as follows: 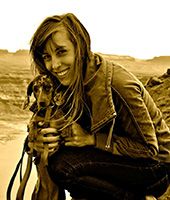 Kaitlyn Creasy
Kaitlyn Creasy is a Ph.D. candidate in the Department of Philosophy at the University of New Mexico. She holds an MA in Philosophy from the University of New Mexico and a BA in Philosophy from New York University. Her research explores the importance of openness and receptivity in the work of 19th century German philosopher Friedrich Nietzsche. In her dissertation, she acknowledges the importance of critique and contest in Nietzsche while focusing on a largely untreated aspect of Nietzsche’s thought: a critically affirmative receptivity to sources of value external to the self. In particular, she insists that paying attention to the transformative power of receptivity in Nietzsche’s thought allows a careful reader of Nietzsche to realize an oft-overlooked prerequisite for the solution he offers to one of his main occupations: the problem of nihilism in the Western world. 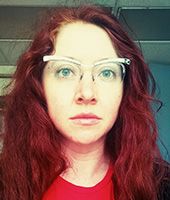 Ann D’Orazio
Ann D’Orazio is a Ph.D. candidate in the Department of English. Her dissertation examines the long material and cultural life of narrative images from illustrated medieval manuscripts to the contemporary comic book and graphic novel. Her project records and embraces the preponderance of narrative images in a variety of media forms. She argues that narrative images comprise typical methods of storytelling, and that their ubiquity has been employed to create and disseminate narratives to large publics rather than small coterie groups. Her work pushes back against the institutional tendency of literary studies to undervalue or ignore typical, common works and seeks to redraw the boundaries among Humanities scholars, makers of visual narratives, and members of the larger community. 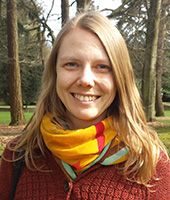 Shelece Easterday
Shelece Easterday is a Ph.D. candidate in the Department of Linguistics. Her research interests are in the areas of phonological typology and language change. Her dissertation explores the evolution of highly complex syllable structure. While these rare structures are often the target of abstract theoretical treatment in the literature, little research exists on how they develop over time, especially in non-European languages with little or no written record. This study investigates that issue within a diverse sample of 100 languages. In proposing a path of historical development for highly complex syllable structure, this project seeks to show that such structures are not anomalies to be treated as problematic for prevailing theoretical frameworks, but are motivated sound patterns emerging from natural processes of language usage and change. 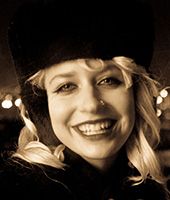 Aubrey Healey
Aubrey Healey is a Ph.D. candidate in the Department of Linguistics. Her research explores the evolution of meaning in complex verb phrases and how language change processes give us insight into the evolution of human thought. Her dissertation uses thousands of examples from a historical corpus of Spanish containing eight centuries of data to investigate the development of cognitive meanings in five semantically-related constructions that all share the Spanish word ‘cuenta’ (meaning “account”). Using a machine-learning algorithm to check the contribution each variable makes to determining a given example’s meaning, Healey’s study reveals several language change processes, such as analogy and lexicalization, at work in the development of these constructions both as a group and individually. Overall, she finds that these constructions are subjectifying, and their meanings are becoming more internal and speaker-focused, both as a group and individually. 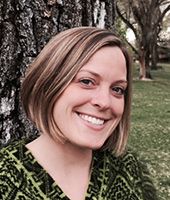 Laura Hirrel
Laura Hirrel is a Ph.D. candidate in the Department of Linguistics. Her dissertation research aims to expand understanding of how co-speech gestures contribute to meaning in language use. Using television talk show data, Laura examines the functions of cyclic gestures (circular hand gestures) in Farsi and English by carefully analyzing the semantic properties of the co-occurring spoken language constructions. By identifying patterns in the functions that cyclic gestures serve across languages, Hirrel argues that speakers’ experiences with gesture in language use are included in their mental representations of linguistic knowledge. A major objective of Hirrel’s research is to provide further evidence to support the view that gesture and language are joint contributors to meaning in interaction and that multimodal research on language is able to provide valuable insight into the cognitive representation of human experience. 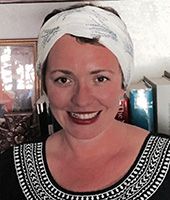 Natalie Latteri
Natalie E. Latteri is a Ph.D. candidate in the Department of History, specializing in Jewish-Christian relations and apocalypticism in high medieval Europe. She earned her MA in History from Purdue University and her BA from UC Davis. Latteri is currently writing her dissertation, "Taznut (Whoredom) and Teshuvah (Repentance) in Solomon's Apocalypse: A Contextual Analysis of the Chronicle of Solomon bar Samson." Her work examines historical narratives, poetry, liturgy, and law, and illustrates the vibrant exchange among Jews and Christians in France and the Rhineland in the 11th and 12th centuries, as well as the resistance of some members of the Jewish minority to assimilate due to End Time fears. 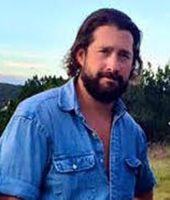 Darren Raspa
Darren A. Raspa is a doctoral candidate in the history of the North American West with a focus on race, ethnicity, and law enforcement. His dissertation, “Bloody Bay: Grassroots Policeways, Community Control, and Power in San Francisco and its Hinterlands, 1846–1906” is a social history of law enforcement and community policing analyzed through the lens of race and ethnicity from California’s Mexican period to the city’s reformation in 1906. Raspa’s work explores the interaction between formal policing institutions and informal community enforcement organizations over time and the gray area that often exists between them. The scarcity, absence, or unreliability of sworn city law enforcement in the city’s ethnic and immigrant neighborhoods caused these residents to rely upon their own forms of popular justice to enforce order in the community. Agents of sworn policing continuously relied upon these community organizations as a model for their own department’s development as the nineteenth century progressed, while simultaneously villainizing and defining these groups as criminal. This project illustrates the history of this violent, unexpected evolution of community policing and informal justice and its implications for the intersection of race and justice during our own fraught period. 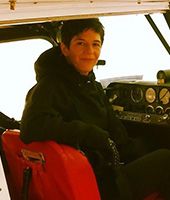 Julie Williams
Julie Williams is a Ph.D. Candidate in the Department of English Language and Literature. Her dissertation, “Embodying the West: A Literary and Cultural History of Environment, Body, and Belief,” examines discourses of health and embodiment in women’s writing about the American West from the 1880s to the present day. The stories in her project create a space for and a discourse about experiences that have not been central to cultural conceptions of the West: women with non-normative gender and sexual identities, American Indian women writers, TB patients, atomic beauty queens, and people with disabilities. By challenging the narrative identity about Western embodiment which values physical vigor, masculinity, outdoors ability, and rugged individualism, her project expands narrative possibilities to register experiences that contradict and resist normative boundaries, providing inroads for critics and Westerners alike to realize new perceptions of life in the West.