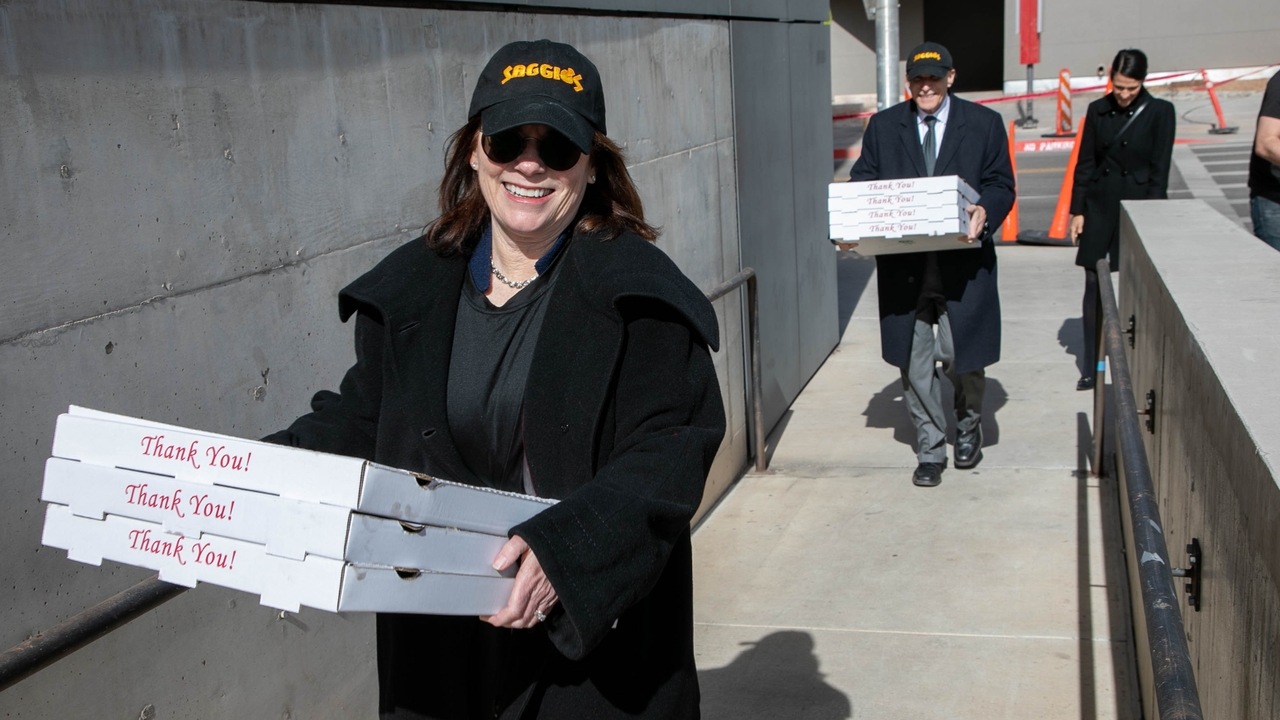 For the third year, Saggio's brought pizzas for UNM leadership to deliver. 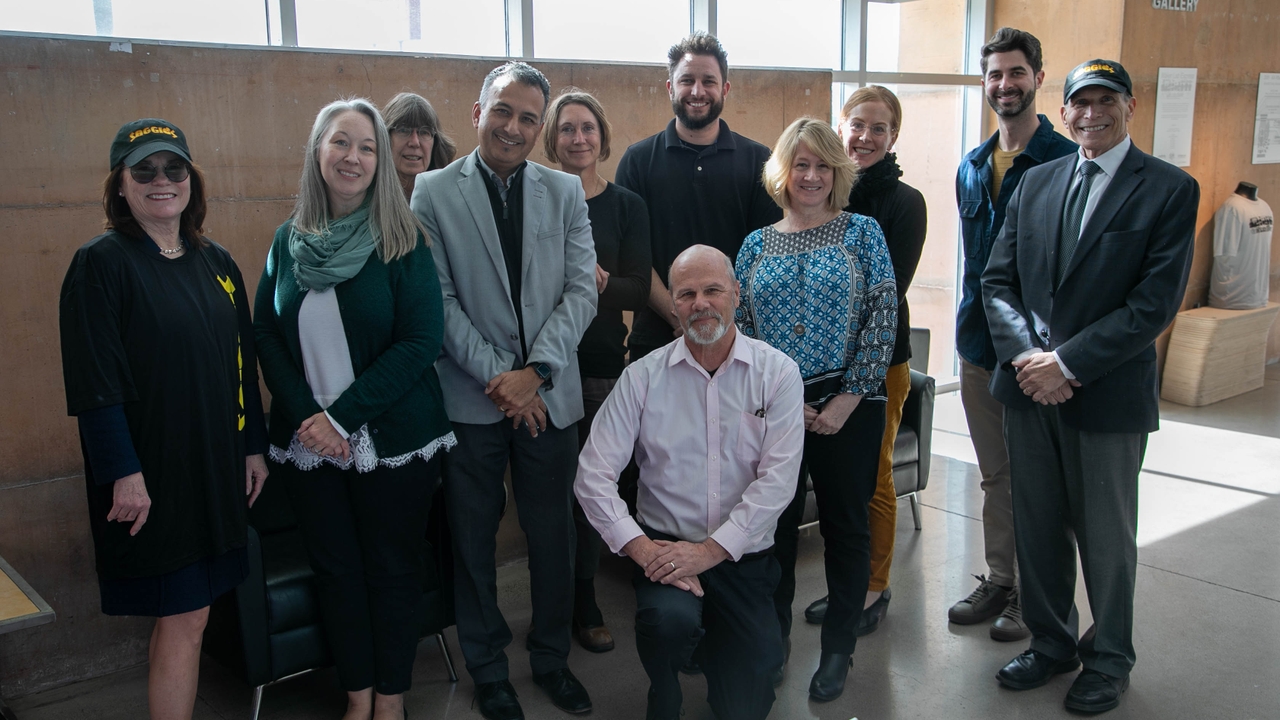 School of Architecture and Planning

Recognized for raising more than $27,000 with 8 percent participation 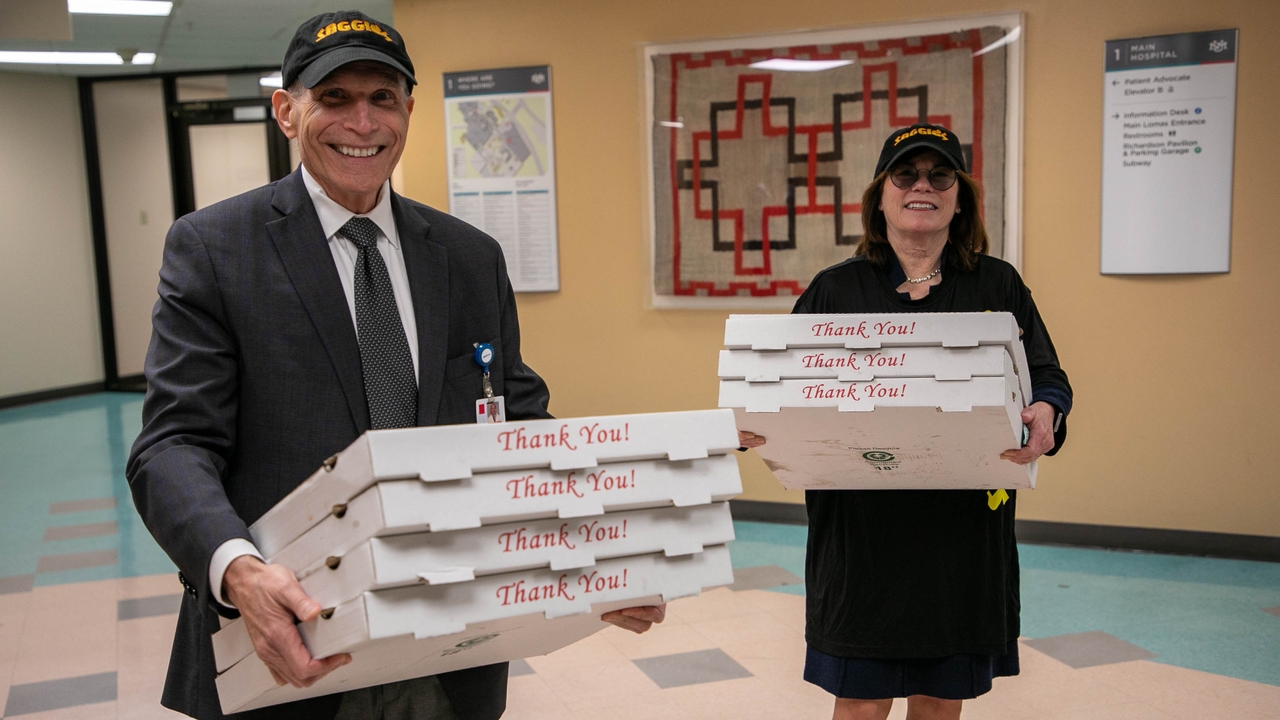 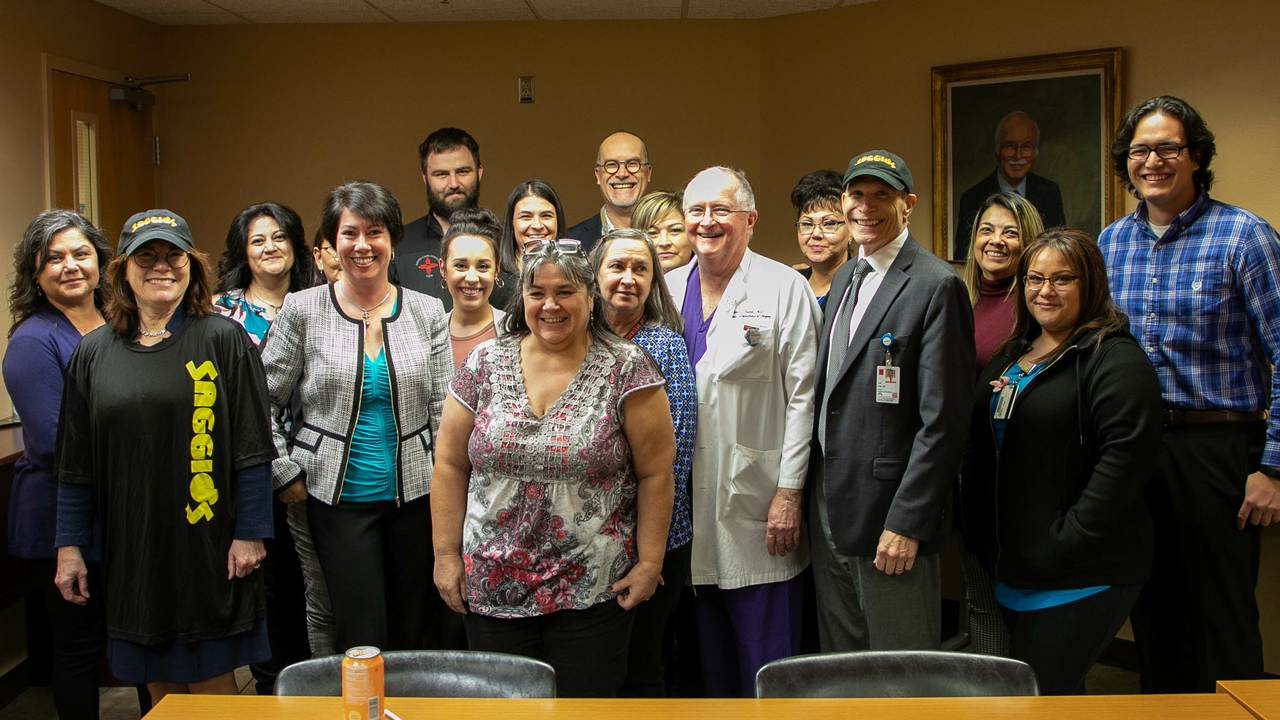 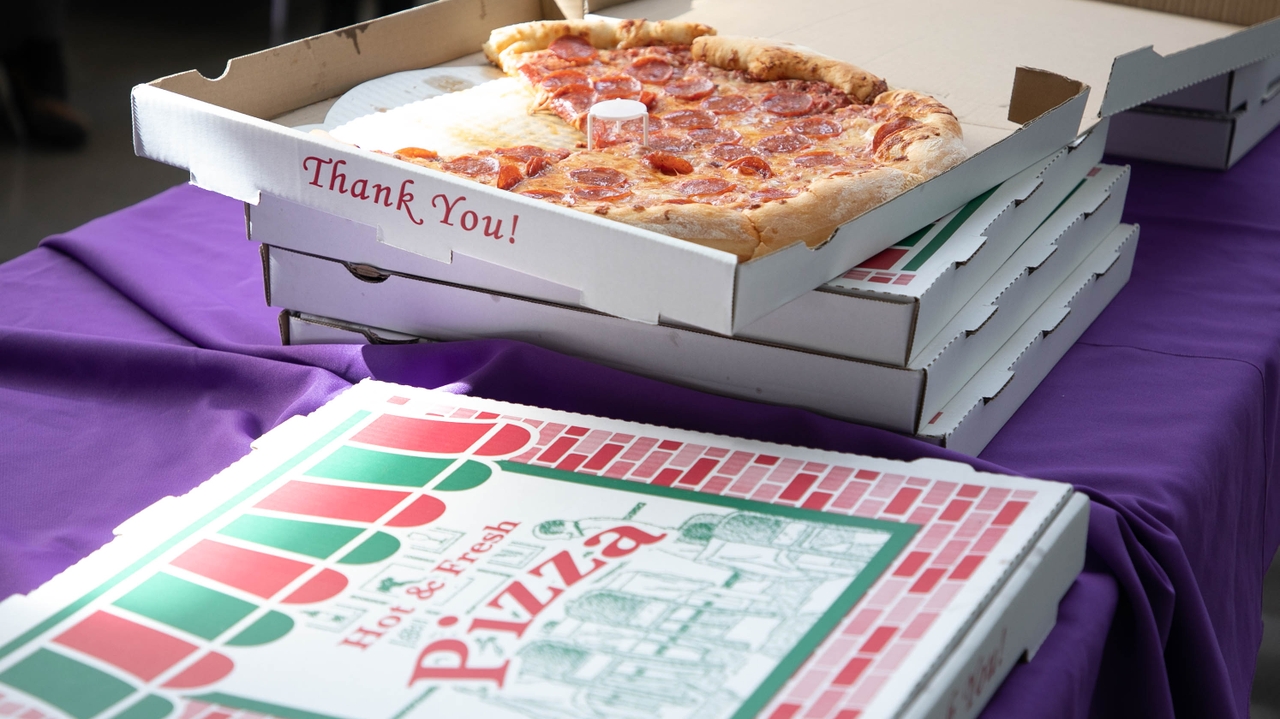 2019 UNM Gives Campaign tallies are in

The 2019 UNM Gives Campaign, through the enormous generosity of faculty and staff, raised more than $915,000 and counting. Every year, Lobos take part in the annual giving campaign that benefits the UNM Foundation and United Way of Central New Mexico, either by making monetary donations or offering volunteer hours.

“Our community’s desire to give back and support one another continually impresses and inspires me,” said UNM President Garnett S. Stokes. “We have the opportunity to create significant change through the UNM Gives Campaign and the response shows what a priority that is to our campus.” 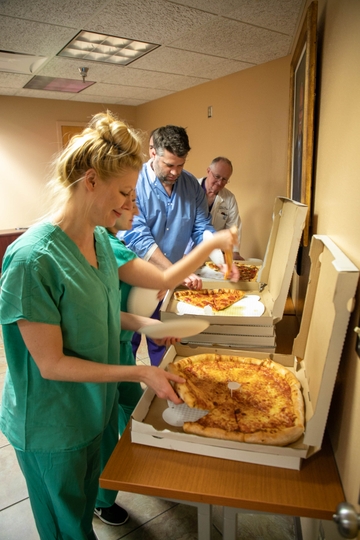 For the third consecutive year, two groups with the most noticeable rates of giving received pizzas from Saggio’s, hand delivered by President Stokes and Chancellor for Health Sciences Paul Roth. This year, the School of Architecture and Planning was recognized on main campus for raising more than $27,000 with 8 percent participation. From the Health Sciences Center, it was the Department of Surgery that was honored for its $33,200 raised with 35 percent participation.

“I am extraordinarily proud of everyone’s efforts in the UNM Gives Campaign,” said Roth. “Every day we focus on serving those in our community through our research and clinical missions. Seeing our providers and staff go above and beyond to donate to causes close to their heart through United Way makes me very proud.”

In addition to the pizza party grand prizes, many smaller prizes were passed out through random drawings. Those included dinner with the president, tickets to sporting events and goody bags. There were also new events held throughout the fall to energize the campus community.

“This year, we really wanted to think of new ways to generate excitement around the campaign,” said Abra Altman, co-coordinator for the UNM Gives Campaign and strategic support manager for President Stokes. “The Salsa Showdown was our new kickoff event and was a huge success. It was a uniquely New Mexican way for the campus community to participate, learn about UNM Gives, and enjoy some friendly but spicy competition.”

As part of the contest held in Oct., each entrant prepared one gallon of salsa or guacamole in a container. The winner was determined by popular vote. More than 200 people attended the event and cast nearly 720 votes for the entries. Shannon Siderius, an administrator in the UNM Department of Mechanical Engineering, walked away with the prize of one year of free parking.

To read more about the UNM Gives Campaign and how to get involved, visit UNM Gives.