Seven University of New Mexico students are being named Clauve Outstanding Seniors for 2020, in recognition of their academic success and campus leadership,.

The Clauve Award is one UNM's most prestigious awards for students. It is presented to outstanding seniors who have performed well academically and made significant contributions to the campus community through their outstanding leadership and involvement in student organizations and activities. Each of the students boast impressive GPAs and extensive lists of student activities and accomplishments. 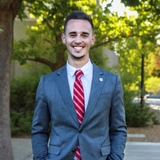 Adam Biederwolf
From the Alpha Tau Omega Fraternity to intramurals to countless volunteering hours, Adam Biederwolf is a familiar face across campus. The current ASUNM President is graduating from Anderson School with a degree in Business Administration. His list of organizational, volunteering and co-curricular memberships is extensive and includes LoboTHON Recruitment Director, Lobo Spirit Executive Director and Student Fe Review Board co-chair. Biederwolf’s academic achievements are equally impressive, including being a Finance Intern at the Bernalillo County Metro Court and a member of the 2019 Acura ILX Marketing Challenge winning team.

“One single action can lead to a number of unique opportunities. Now, as a second semester senior waiting for the day I flip my tassel, I can simply look back and realize that the accomplishments and successes that came with my campus involvement stemmed from the supporters around me. During my time at UNM, I had the opportunity to not only grow as an individual, but also recognize and appreciate the true Lobo experience through my involvements on campus.” 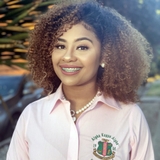 Nieajua Gonzalez
As a Criminology and Political Science student, Nieajua Gonzalez says Campus involvement and leadership are an important tool to break intragenerational cycles. Her passion to break those cycles led her to being NAACP Youth chapter president, after successfully working to the UNM Chapter re-chartered. She also was the Tau Phi Chapter of Alpha Kappa Alpha Sorority president, ASUNM Senator and Student Fee Review Board member. In addition, she worked as a first year and transfer student peer mentor. To further build her resume, Gonzalez worked as a Criminal Legal Assistant Intern, filing exhibits, briefs, appeals and other legal documents for the Law Offices of Ross Bettis.

“I am involved because every day I step on campus and realize I have an opportunity to change the narrative that was placed on me. Every day I am reminded no matter how hard it is to manage I have no other option but to be strong for I have a village at home depending on me. Whatever challenges are placed upon me, I will approach them with strength and dignity – even if am leading blindly.” 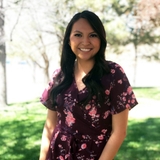 Kianna Holian
Kianna Holian’s campus and community involvement stemmed from being a young American Indian first-generation student preparing to become the first in her family to go to college. Majoring in Population Health and minoring in Psychology, Holian is an affiliate of the Cochiti Pueblo, the Navajo Nation and the Jemez Pueblo. While at UNM, she’s been involved in the Chi Omega Sorority, ASUNM Community Experience and Lobo Spirit, LoboTHON, while working as a Residential Advisor for American Indian Student Services Summer Bridge Program. Holian hopes to pursue a master’s program in public health.

“Entering UNM I was nervous, but eager to become involved on campus and make new friends. I did not realize what amazing opportunities that were going to be presented to me throughout my time at UNM. Now that I am a senior, my goal is now to mentor and show other students the potential they can reach through becoming involved on campus and within the community.” 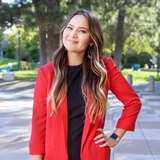 Madalyn Lucas
Madalyn Lucas’ impact on stretches across the campus of UNM and so does her zeal for volunteering. The political science major and chemistry minor was an ASUNM Senator and Vice President, rushed a sorority, joined the club tennis team and even become the volunteer coordinator for Lobo Catholic – despite not even being Catholic. She gave back to her community through New Student Orientation, Lobo Food Pantry and ASUNM Community Experience. Professionally, she was a Mayor’s Select Intern with the City of Albuquerque, and has worked at the Department of Innovation and Technology and the Department of Finance and Administrative Services.

“During the fledgling moments of my involvement, I wanted to know how to make things happen. While I didn’t stick with all of these activities, I learned about service, community, and implementation. Campus leadership and involvement are incredibly valuable to me. They allowed me to grow and stretch.” 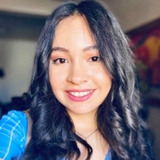 Sonia Ramirez
Earning both a B.S. Family & Child Studies HDFR and a B.A. Psychology, Sonia Ramirez has ensured her focus be not just on academics, but also on student wellbeing. As a first-generation Mexican-American student, she realized she would be faced with many challenges in her journey of pursuing higher education. She did just that and much more, including becoming the Vice-President of the Mexican Student Association. She worked as a Student Success Leader at El Centro de la Raza, has advocated for Lobos at the Roundhouse in Santa Fe, and was a phone and chat hotline specialist at Agora Crisis Center. She plans pursue a Master’s degree in Social Work in order to continue serving the community. For Ramirez, balance between academics, volunteering and mentorship has been essential.

“Campus and community involvement and leadership have remained a priority to me because it is a way of honoring the hard work of those who came before me, and for me to assist in the journey of the next generation. I recognize my academic journey has not been done alone but rather with the support of my community.” 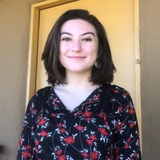 Stefani Strong
As a student majoring in Nursing and minoring in Military Science, Stefani Strong has been able to experience many facets of campus life. She says being in Army ROTC transformed her from a timid freshman to a quick-thinking leader. Those leadership skills are clear by her resume, which includes being a Redondo Village Apartments Community Association President, Military Ball Committee Chairperson, and founding member of the New Mexico Student Nurses Association. She also is a strong advocate for mental health and wellness, acting as a Agora Crisis Center compassionate listener, and "All of Us" Project for the National Institute of Health, recruiter.

“Being involved at UNM has transformed what would have been an ordinary college experience to an extraordinary experience. I can see the growth and changes in myself that have occurred over the past four years. These experiences have made me a more compassionate person, better leader, and made me feel like I was connected and had a valuable purpose at UNM.” 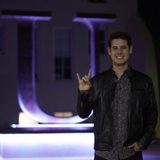 Xavier Vallejo
Xavier Vallejo is a Population Health student, minoring in International Management. He’s already putting the schooling to good use by founding the AMOS Health and Hope UNM Chapter, aimed at uniting students interested in international health and minimizing the financial barriers associated with studying abroad. He was also a strong leader on campus, acting as Executive Director, ASUNM Student Special Events, was the Fall 2019 Homecoming King, and ran several successful campaigns through ASUNM. Off-campus, Vallejo worked as an intern for Senator Martin Heinrich’s office, developed an internship program at Meow Wolf and took part in the Intercultural Indigenous Research and Exchange.

“Despite the sometimes exhaustive nature of my involvements, I continue to move forward because I care about this community. The UNM community has given me a sense of belonging and purpose, for which I am extremely grateful. As I transition from UNM to the professional world, the lessons I have learned, including the value of involvement, engagement, and community building will continue to drive my new goals as I transition into involvement within state, national and international communities.”