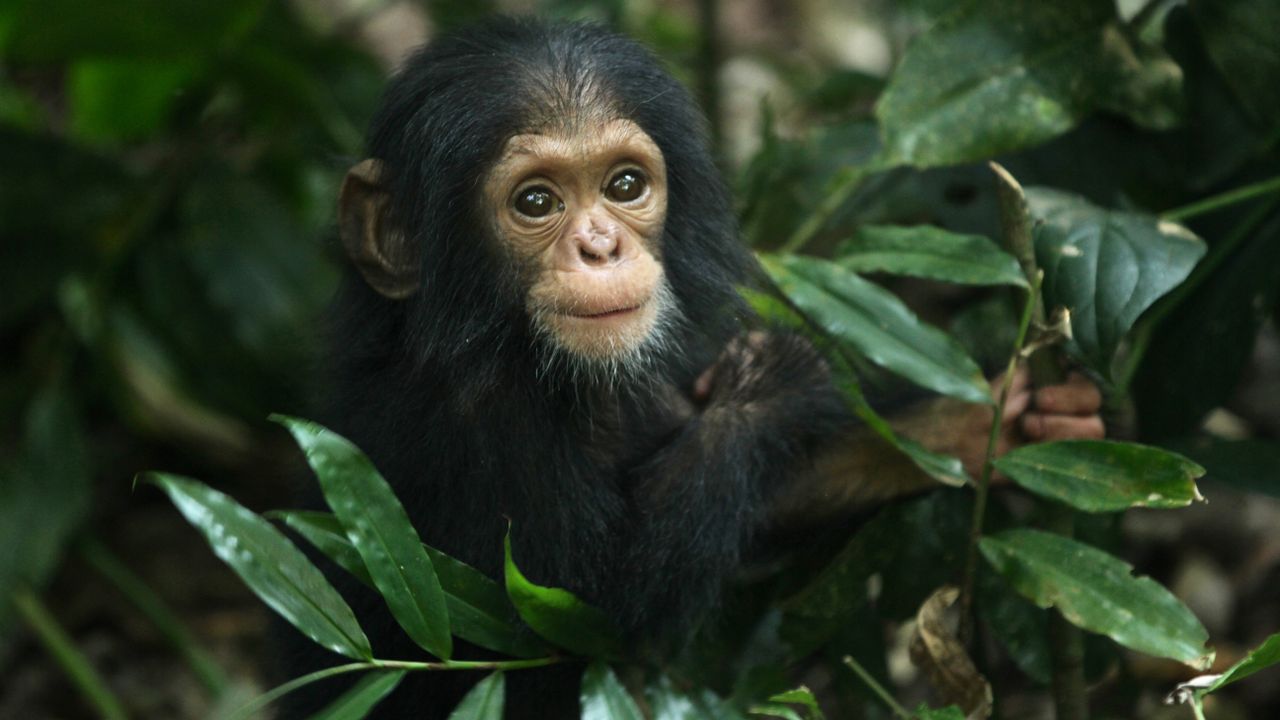 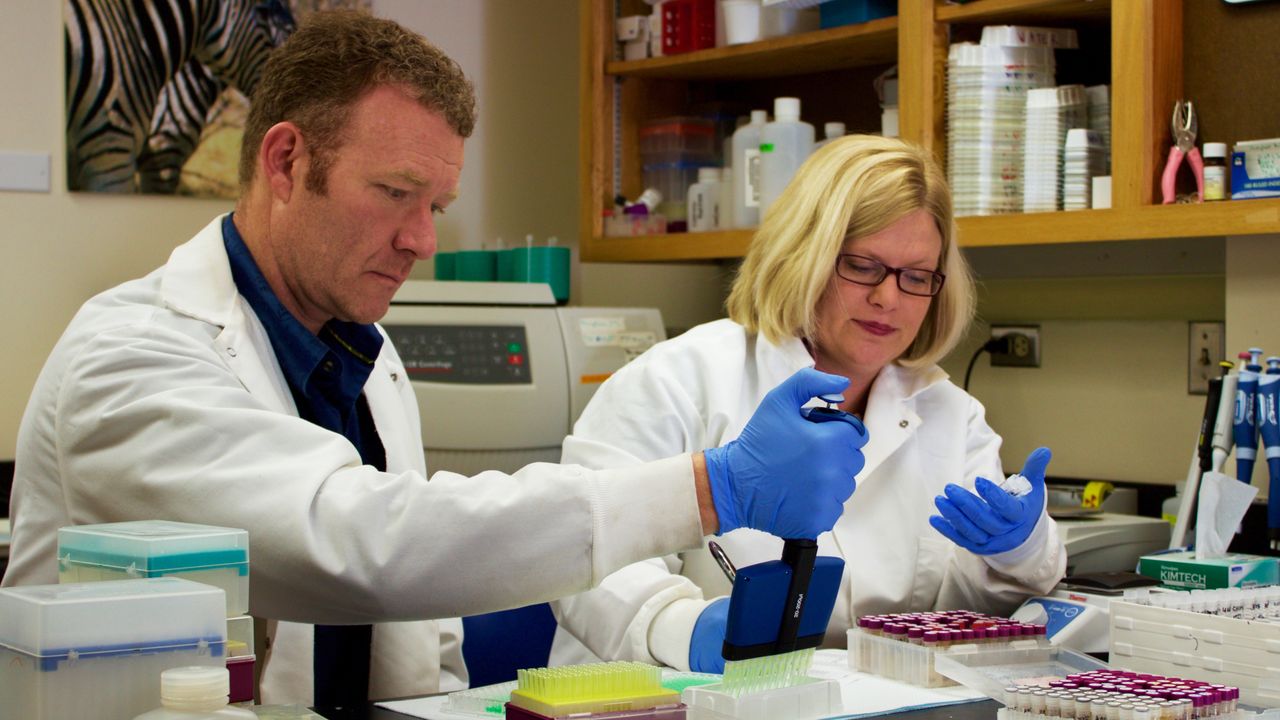 The Hominoid Reproductive Ecology Laboratory at The University of New Mexico is an extension of the field lab in Uganda. 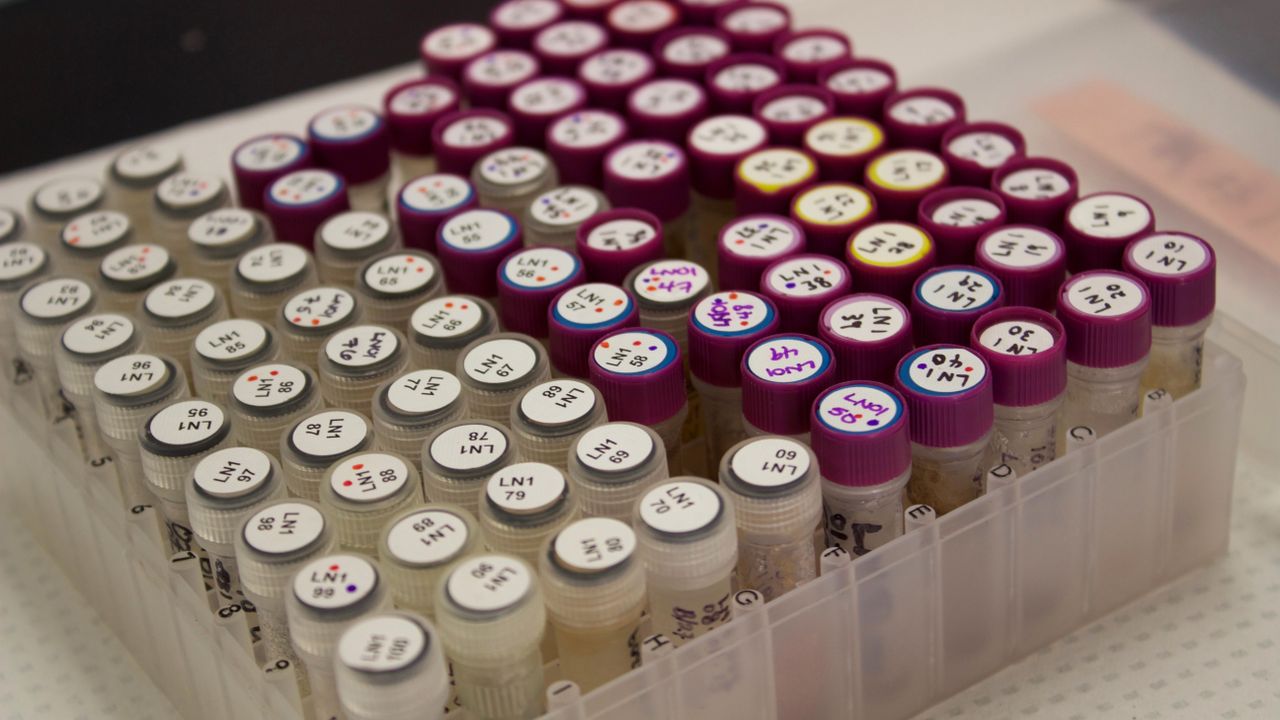 Over 30,000 urine samples represent decades of devotion to studying the human-like primates. 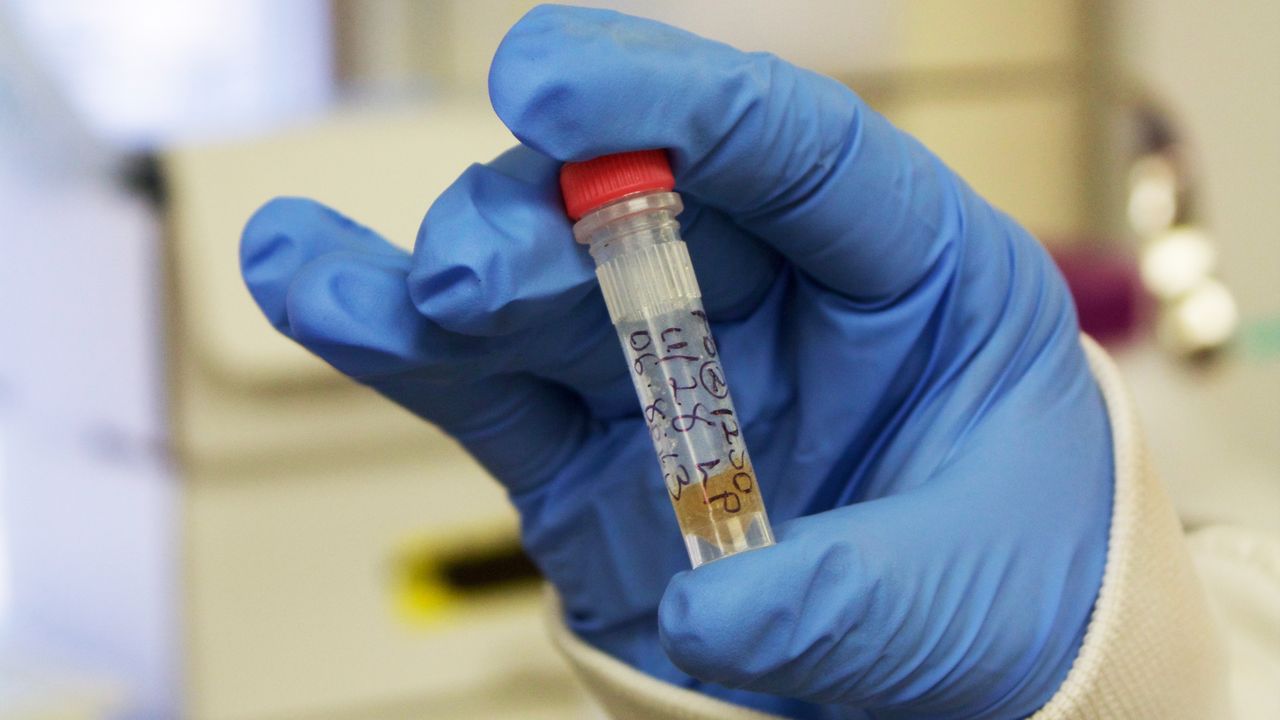 Sample from the field

Researchers collect urine and feces from the chimpanzees and use them to study stress, reproductive function, energetic condition and health. 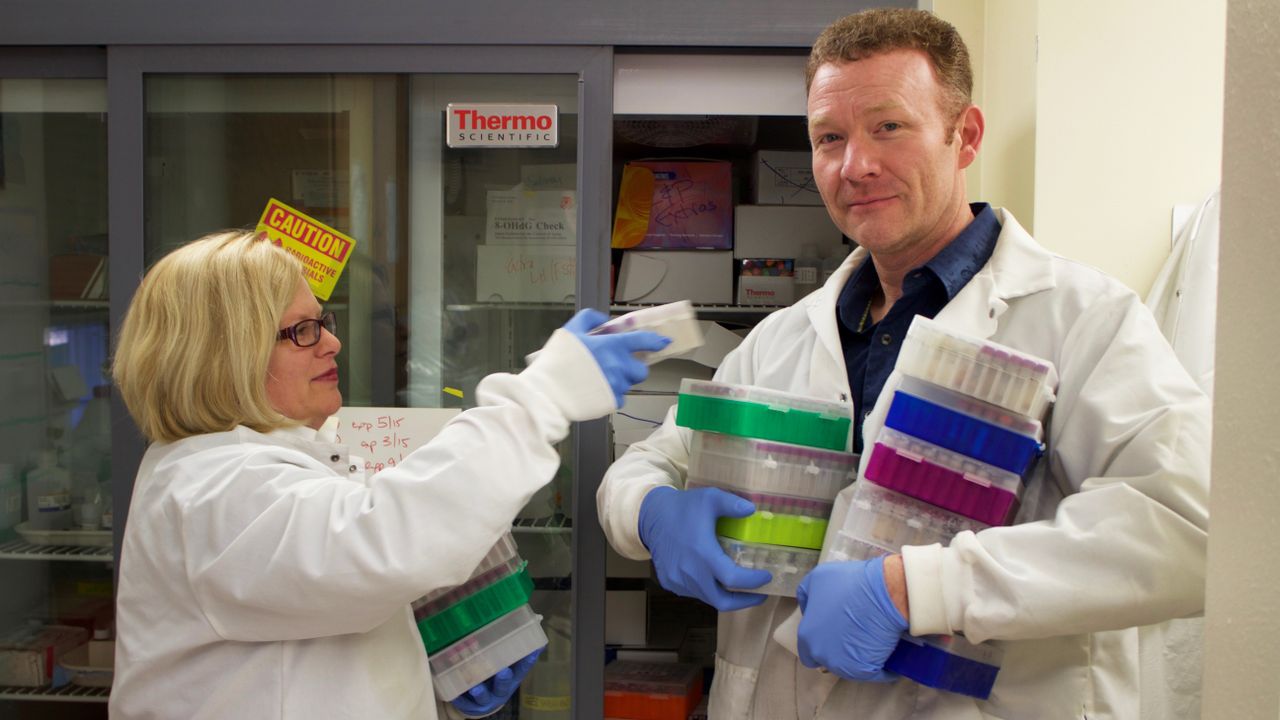 UNM Professors Melissa Emery Thompson and Martin Muller are looking forward to the newly expanding CHmPP Lab that will create more opportunities to work with other disciplines.

A desert university’s deep connection to the jungle

Nearly two decades ago, researchers at The University of New Mexico took interest in a project that took them to the lush jungles of southwestern Uganda. Not far from the borders of the Congo, these desert-dwelling Anthropologists established relationships with the local residents of the tree tops—forming a bond that has catapulted UNM to international status as a leader in in the comparison of human and primate physiology.

UNM Professors Melissa Emery Thompson and Martin Muller were graduate students when they became involved with the Kibale Chimpanzee Project. Established in 1987, the project is a long-term field study of the behavior, ecology and physiology of a community of approximately 55 wild chimpanzees. Emery Thompson and Muller have received funding for this work from the National Science Foundation, National Institutes of Health, the Leakey Foundation and the Wenner-Gren Foundation for Anthropological Research.

“There are only a half-dozen research sites that have been in existence as long as this one at UNM,” says Muller. “It’s exciting to be out in the wild watching these animals behave. We now have 30 years of data—some of the chimps who we’ve studied have been around that entire time. We knew them as little kids and now as older adults. We can see and understand the whole life span of these animals which greatly benefits our research.”

The participation of UNM Anthropologists in the Kibale Project led to the development of the Hominoid Reproductive Ecology Laboratory at UNM. The lab is an extension of the field lab in Uganda but also focuses more broadly on developing minimally invasive research on the interactions between physiology and behavior.

The researchers are able to collect urine and feces from the chimpanzees and use them to study stress, reproductive function, energetic condition and health.

“We have validated and created new ways to use this material,” says Emery Thompson. “For instance, we have developed markers for quantifying the energetic condition of the animals, including the amount of muscle mass that they have.”

A little-known fact about the University is that it stores the greatest amount of these types of samples in the world. The over 30,000 urine samples represent decades of devotion to studying the human-like primates.

“Chimpanzees spend a lot of their time in trees, so we are able to collect the samples when they fall down,” says Emery Thompson. “Chimpanzees also build nests in the trees at night and, just like humans, urinate when they wake up in the morning. Our field staff wakes up very early in the morning to hike out to the nests before the chimpanzees wake up to collect this urine on plastic bags held underneath the trees.”

"We have one of the most interdisciplinary labs of its kind, as we collaborate with psychologists, biologists, clinicians and even economists."  —Professor Melissa Emery Thompson

Muller, who is the current Co-director of the Kibale Project has a particular interest in what comparisons between chimpanzee and human behavior and physiology can tell us about human evolution.

“We have a National Science Foundation grant right now to look at infant and juvenile development. We’re looking at how maternal health might affect juvenile health, growth and behavior,” said Muller. “We’re also looking to see if, for example, testosterone levels predict how males will compete when they grow up.”

The researchers also have a grant from the National Institute of Aging to look at the other side of life—how various factors and experiences influence aging. The average chimp lives to the age of 15 to 20, but if they live that long, their mortality rate decreases, giving them the potential to live well into their 50’s. The oldest chimp studied as part of the Project died at 63.

The importance of the research methods these UNM professors specialize in has increased exponentially with recent laws classifying chimps as endangered animals both in the wild and captivity.

Since 2015, it is illegal for individuals or groups to take chimpanzees captive. Invasive research on chimpanzees has also been severely restricted. The Endangered Species Act has helped hundreds of chimps in U.S. laboratories and road side zoos. Most have been sent to sanctuaries where they have proper space and an environment to live in social groups, critical for emotional health.

As chimpanzee research continues to thrive at UNM, Emery Thompson and Muller are very excited about the new expanded assay facility—the Comparative HuMan and Primate Physiology (CHmPP) Laboratory, to be included in the scheduled Physics, Astronomy, and Interdisciplinary Sciences (PAIS) building.

“In the next two years we will be expanding our CHmPP Lab—expanding the technologies we use in our own research and creating more opportunities to work with other disciplines,” said Emery Thompson. “For example, our project collaborates with the Center for Stable Isotopes on studies of chimpanzee nutrition and weaning, so getting everyone under one roof will benefit our research immensely.”

Emery Thompson added, “We have one of the most interdisciplinary labs of its kind, as we collaborate with psychologists, biologists, clinicians and even economists. For behavioral scientists of all kinds, it’s important to be able to test subjects without causing stress or interfering with natural behavior.”

The CHmPP Lab will be located in the planned Physics & Astronomy and Interdisciplinary Science (PAIS) center on UNM’s main campus. The PAIS building will be home to a variety of interdisciplinary science centers that are at the forefront of their various fields—doing groundbreaking research that will provide one-of-a-kind opportunities for students and professors.

“Our laboratory attracts very high-quality graduate students,” says Emery Thompson. “They are excited about the opportunity to work with the Kibale Chimpanzee Project’s rich dataset and to learn valuable laboratory skills that complement their field research.”