UNM Newsroom / News / A golfing oasis in the desert

A golfing oasis in the desert

At The University of New Mexico, there are many assets that enhance the quality of life for the campus community, the city of Albuquerque and for New Mexicans statewide. Whether it’s the arts, sports and entertainment or recreational activities, UNM has something to offer everyone.

The UNM Golf Courses, including The Championship Golf Course and the nine-hole North Course, are two of those assets that embody ideals consistent with its long-held standards of excellence. Both golf courses are maintained at a high quality, championship level throughout every aspect of the operation. The staff at the UNM Golf Courses emphasize a commitment to service and are welcoming at every turn. 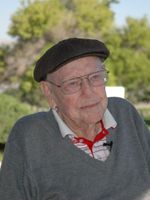 “Building out here was my idea,” McGuire said in a recent interview. “The University had this section of land out here and was getting ready to spend $450,000 on the North Course. I said ‘wait a minute, why don’t you put your money into a new golf course out here?’ So we built the 18 and practice area where we put three holes—there probably isn’t an area like that in the country where you can play actual holes before you tee off.”

The Championship Golf Course was designed in 1966 by noted golf course architect Robert “Red” Lawrence, in collaboration with William H. Tucker, who was the superintendent and a former groundskeeper at the course. Tucker was an American professional golfer, was an early pioneer in American golf course architecture, who once placed eighth in the 1896 U.S. Open.

Like all great golf courses, The Championship Golf Course has its own personality utilizing the natural, desert-like terrain of the area incorporating original aspects of the region as part of the design including wildlife such as rabbits, roadrunners, coyotes and birds of prey that also call the course home.

“The University had this section of land out here and was getting ready to spend $450,000 on the North Course. I said ‘wait a minute, why don’t you put your money into a new golf course out here?’" – Dick McGuire

“One of the architects, William H. Tucker, was from England,” McGuire said. “He built 130 or so courses in this country. He retired and stayed on at UNM as the superintendent. I think this was one of the best that he built in the country.”

Long and tough from the tournament tees (the South Course is a par 72, 7,555-yard course), The Championship Golf Course offers six sets of tee markers to challenge and enhance the enjoyment of any golfer. The Championship Golf Course boasts fairways that stretch out long and wide on hilly terrain that undulates up and down, right and left - all factors that make it difficult to reach the rolling, well-manicured greens. Stray shots often land in the rough, loose desert sand, water or sagebrush. Many balls are simply lost.

“The course has been ranked as the No. 8 golf course in New Mexico,” Roybal said. “We are currently ranked in the top-25 in collegiate courses in America. We have been ranked nationally by Golf Digest as the No. 2 golf course in Albuquerque so we do tout that we do have many publications that have recognized the golf course for its stature.”

More recently in 2015, Golf Week released a list of Best Courses You Can Play State-by-State and ranked it as the No. 7 course in the state and the No. 1 course to play in Albuquerque. In 2014, Golf.com named The Championship Course the fifth-best course to play in the state, and No. 21 by Golf Week Best Golf Course, Campus Courses, both in 2014. 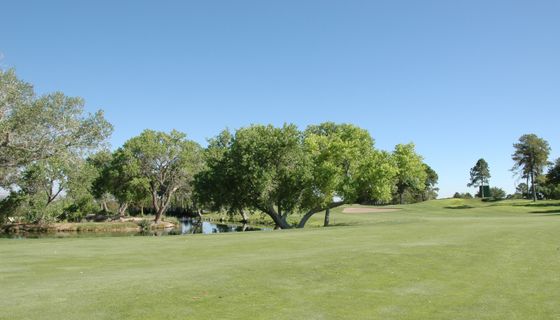 “Our goal is to support intercollegiate golf programs consistent with the standards of the University and to support and enhance the variety of recreational opportunities offered to UNM Students/Faculty/Staff, Alumni, University guests and public consumers,” Roybal said.

Not only is it a great golf course, The UNM Championship Golf Course is a superb venue for a wide range of events offering meeting rooms, team building initiatives, receptions, wellness and fun.

The paradise-like climate of Albuquerque makes The Championship Golf Course at The University of New Mexico a perfect oasis for golf, be it January or June.

New Mexico Residents
New Mexico residents can play on weekends and holidays for the special walking rate of $51 or $66 with a cart.

The North Course
The Championship Golf Course isn’t the only golfing gem located on the UNM campus. Nestled in at UNM’s north campus, The UNM North Course has been coined by customers as, "Albuquerque's hidden gem," named so for being tucked away on the north side of campus as an awesome golf course.

The North Course also has its own place in golf history. Originally built in 1942 as an 18-hole course, the UNM North Course was the first course in America to break the 7,000-yard barrier. Today, the present 9-hole course measures 3,333 yards. The beauty and difficulty of the old has been maintained and is now enhanced by the maturity of the many trees lining the narrow fairways. 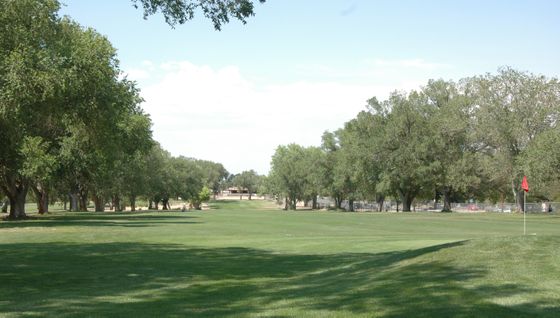 The tree-lined, narrow fairways are a trademark at the UNM North Course.

“The North Golf Course, unlike The Championship Course which is wide-open with big greens, is very tree-lined, very small greens, not a lot of length to it, but is challenging if you do not hit the greens or stay inside those tree-lined areas,” Roybal said.

Golfing greats who have made their way around the links at the UNM North Course include Al Geiberger, Arnold Palmer, JoAnn Carner, Johnny Miller, Fred Wampler, Kermit Zarley and Babe Didrickson Zaharias.

Also known as Albuquerque's 'central park' for the walking/jogging path that surrounds the course, and the preserved 'green space' with fully matured trees makes the North Golf Course a popular spot for a jog, walk or nine holes of golf.