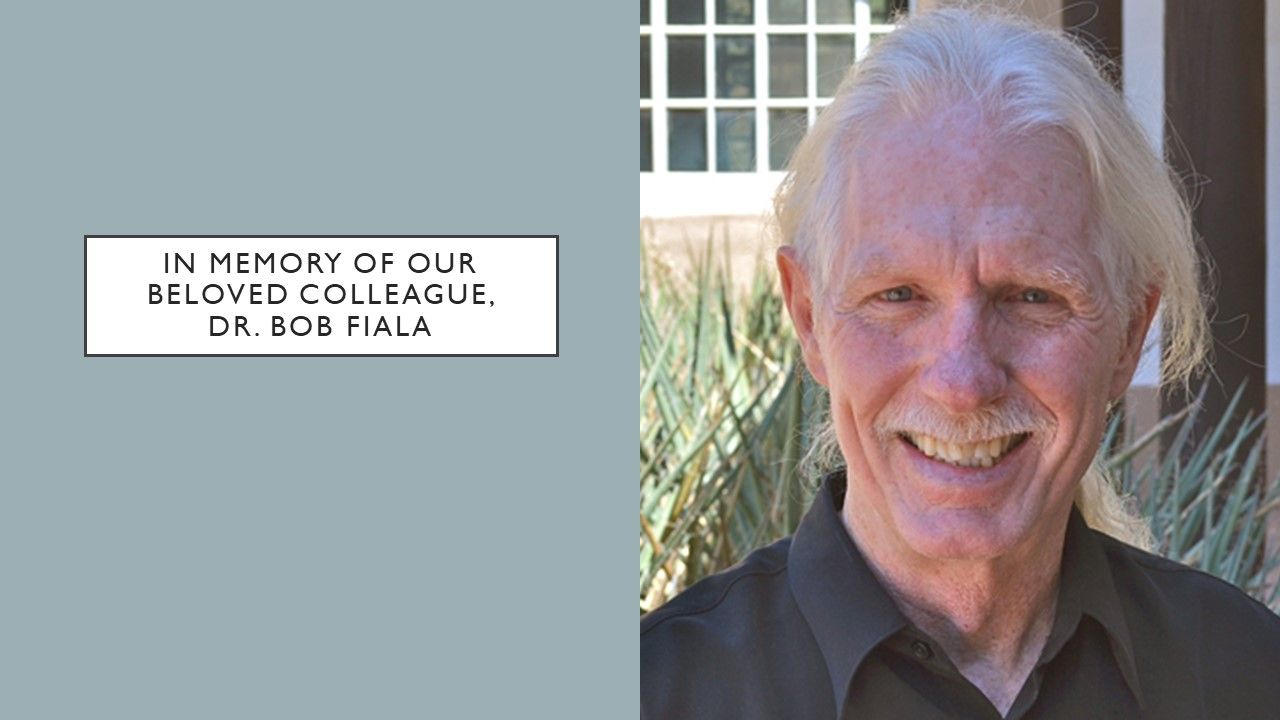 A heartfelt tribute to Bob Fiala

It is with great sadness that the UNM Sociology Department says goodbye to one of its emeritus faculty members, Bob Fiala. He passed away on July 28, 2017 after valiantly fighting pancreatic cancer.

Professor Emeritus Susan Tiano and Professor Felipe Gonzales, both of the Sociology Department, wrote the following tribute outlining Fiala’s distinguished career and the impact he had on The University.

Bob Fiala joined the Sociology Department in 1984, after receiving his Ph.D. from Stanford University under the mentorship of John Meyer, a world-renowned expert on world culture and globalization. We felt fortunate to have recruited Bob: in addition to his stellar educational credentials, Bob had earned national recognition for his single-authored 1983 American Sociological Review article on inequality and service sector employment, leading to various job offers in addition to UNM’s. Bob’s expertise in international development and global culture, education, labor force structure, and political organization made him a vital member of the department’s comparative sociology concentration. In addition to his broadly ranging subject expertise and his love of sociology, Bob’s comprehensive understanding of sociological theory, research methods, and quantitative analysis enabled him to make key contributions to the scholarly literature over the course of his career.

Whether working independently or in collaboration with colleagues within or beyond the department, Bob had an intuitive sense for selecting important research projects. Building upon his previously noted ASR article, Bob collaborated with Francisco Ramirez on an article published in Comparative Social Research, and he produced two sole-authored articles on labor force structure and income distribution in International Studies Quarterly and Sociological Perspectives. He coauthored (with David Kamens) an article on urban growth and world polity for Studies in Comparative International Development; and he published work on global education and educational ideology for Comparative Education Review (with Audri Gordon Lanford) and a volume titled School Knowledge in Comparative and Historical Perspective.  His expertise on post-industrial society led him to be selected to contribute essays on the topic for two different versions of the Encyclopedia of Sociology.

Two of his most frequently cited articles were with departmental colleagues, including his cross-national study of child homicide (with Gary LaFree), which was published in the American Sociological Review; and his study (with Susan Tiano) of political consciousness among Mexican maquiladora workers, published in Studies in Comparative International Development. Bob especially valued his collaborations with his students, including his research on disputant satisfaction in civil mediation, which was published in the Justice System Journal. When his untimely illness interrupted his productive career, he was collaborating with his students on various projects to turn collaborative conference papers into journal articles, including a project on individualized sports and the world polity with Andrew Breidenback; a study of disability and disadvantage with Rebecca Beals; and research on gender and employment with Saundra Trujillo. Bob’s respect within the sociology profession was such that he was often called upon to review journal articles and research proposals for foundations such as the National Science Foundation.

Bob’s broadly based expertise enabled him to teach almost any course the department needed to offer to meet student demand—from graduate level theory courses to upper-division statistics and methods courses to mass lectures in introductory sociology, and others in between. He was an extremely popular teacher for undergraduate and graduate students alike, and he understood so much about education, both theoretically and practically, that he was often called upon to head up departmental efforts to strengthen instruction (such as chairing the department’s Teaching Enhancement Task Force and directing the department’s teaching outcome assessment efforts). He mentored a host of graduate students, many who have gone on to positions in academia and other professions. He taught a mind-blowing range of 19 different courses at the graduate and undergraduate levels.

Bob’s service to the department, college and university went far beyond his research and teaching contributions. When something needed to be done for the department or the college, Bob was often the person to step up. He served two terms directing the Sociology Graduate Program; he directed the Institute for Social Research as well as its Center for Data Collection and Analysis; he served two terms as Associate Chair of Sociology; and he coordinated departmental outcome assessment efforts for a 5-year period. He served on the Arts and Sciences Tenure and Promotion Committee, Curriculum Committee, Graduate Committee, and Sabbatical Leave Committee; and various Faculty Senate and other types of university-level committees. He was known throughout the campus for his winning smile, unflappable demeanor and thoughtful comments to collective discussions

Bob was a remarkable scholar, teacher, and colleague. He was also a genuinely good and sensitive human being who kept the well-being of colleagues, students, and friends at heart. He was modest with regard to his own sense of self, but also generous, ready to assist anyone at times of need. He will be sorely missed.