A look at parasites and pregnancy rates in Tsimane women

A new report published in “Science” by researchers at the University of New Mexico explores the relationship between Helminth infection and birth rates in women from the Tsimane tribal community. The Tsimane are foragers-horticulturalists living in the Amazon lowland forests in Bolivia.

The report, “Helminth infection, fecundity and age of first pregnancy in women,” discusses a long term study of ways that parasites, specifically roundworms and hookworms living in Tsimane women, affect the ability of the women to reproduce.

The researchers found that infection with the hookworm had a negative impact on the likelihood of getting pregnant and having a baby. The roundworm infection, especially in younger women had a positive association.

“We can’t say whether these are causal connections at all. We can say that when we look at it within and among women over time, we see that when women are infected with roundworm they are more likely to conceive against the baseline. When they are infected with hookworm, they are less likely,” said UNM Anthropology Professor Hillard Kaplan. 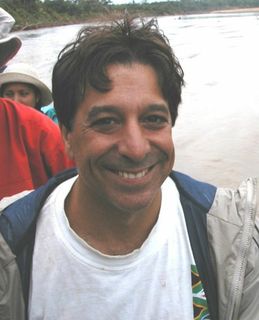 Kaplan and Michael Gurven, a professor of Anthropology at the University of California at Santa Barbara, are directors of the Tsimane Health and Life History project, which has been active since 2004.

At least once a year, and sometimes more often, members of the Tsimane are tested for parasitic and other infections and are provided with medical care. Parasites and their interactions with the human hosts have been a long time research interest. When a member of the Tsimane is found to have a parasitic infection and wants to be treated for it, they are given antihelminth medication.

When the annual exams are given, sometimes people have parasites. Sometimes they don’t. This 13-year project has given the researchers an opportunity to look at what happens when women are infected with the parasites and when they are not.

About 20 percent of the women were treated with antihelminths over the span of the study. Researchers found that women who were treated for the parasitic infection became more vulnerable to giardiasis or malaria infections. Kaplan says they don’t know precisely why, but it would appear that different parasite species compete with one another inside the host.

Why should anyone care?
The paper points out that hookworm and roundworm each infect about 500 to 800 million people worldwide today. Kaplan says until very recently they have been part of the human landscape for as far back as anyone can see.

“These kinds of helminthic parasites have been part of our evolutionary history,” Kaplan said. “What we are starting to understand is the dynamic interplay between hosts and their pathogens and the complexity of the micro biome. We see different species of pathogens are adapted to making their best life inside of us, manipulating our energy system, taking advantage of our fats and our iron and we at the same time are trying to manipulate their effects on us. It’s an ongoing game and a core three-part system of energy, immune function and reproduction.” 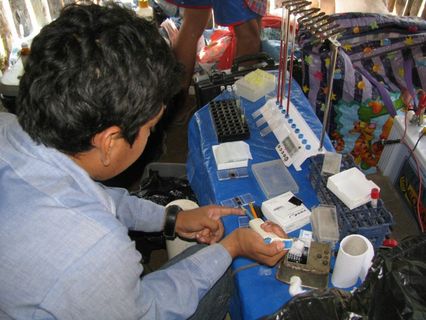 Annual parasite testing of the Tsimane

Kaplan said they are all linked together because we need energy to reproduce. We need energy to fight pathogens and an individual’s pathogen burden affects energy supply.

He says the group will continue to look at the effect of the parasites on the human body and are now interested in their impact on cardiovascular disease, since the Tsimane have a low incidence rate for heart related medical problems.

Early to bed and early to rise?