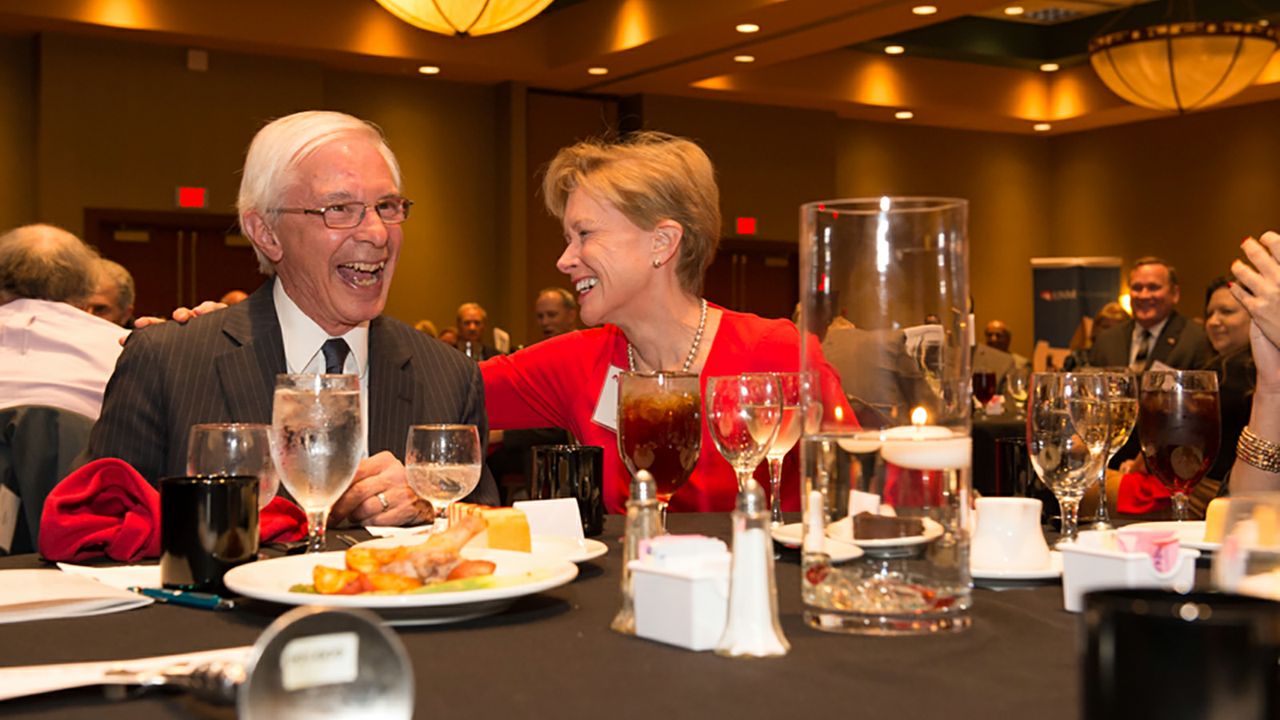 Wohlert and Cecci met while both serving on a UNM presidential search committee. 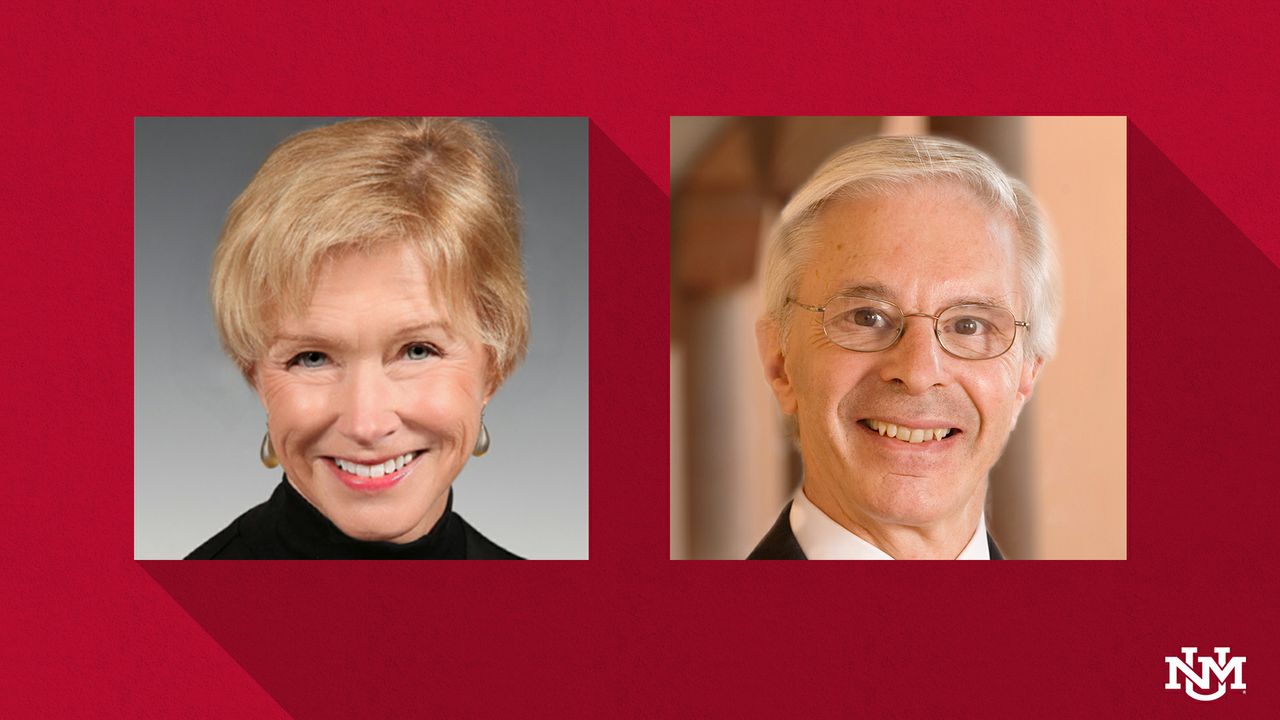 Amy Wohlert and Joe Cecchi are retiring after more than four decades of service at UNM. 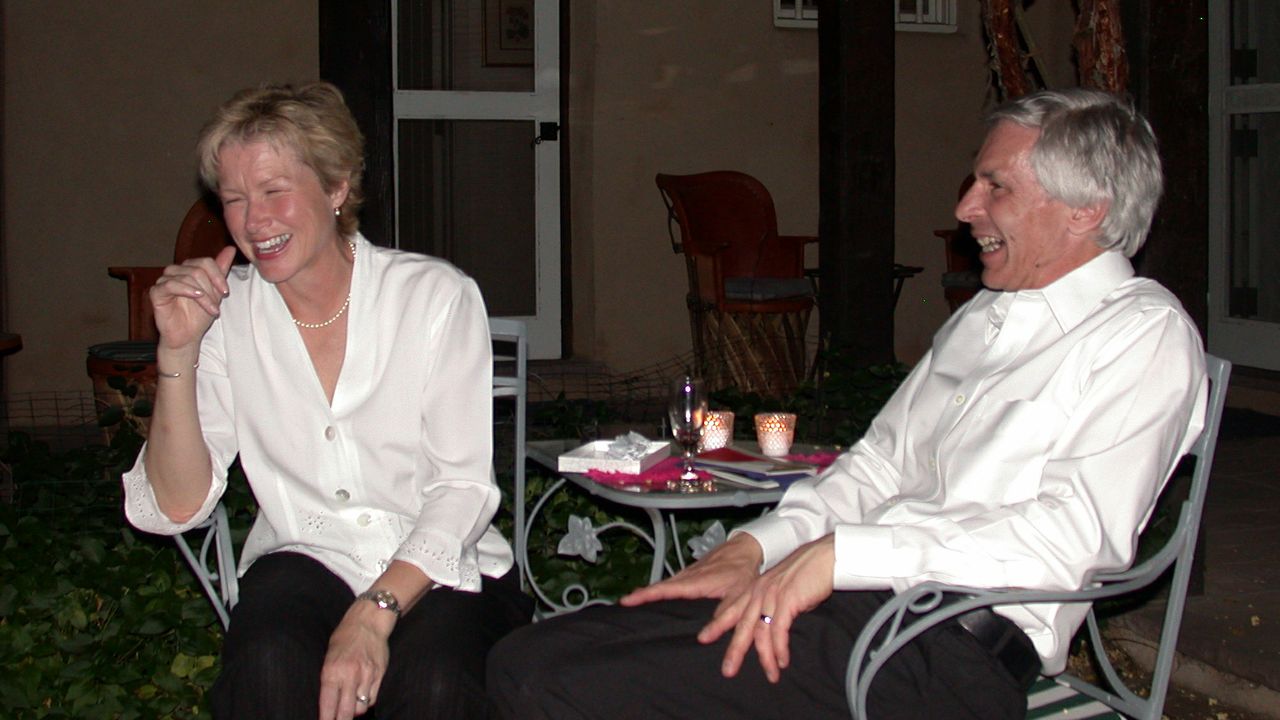 A match made at UNM

The two were married in 2004, the respect they hold for each other is palpable when talking to them. 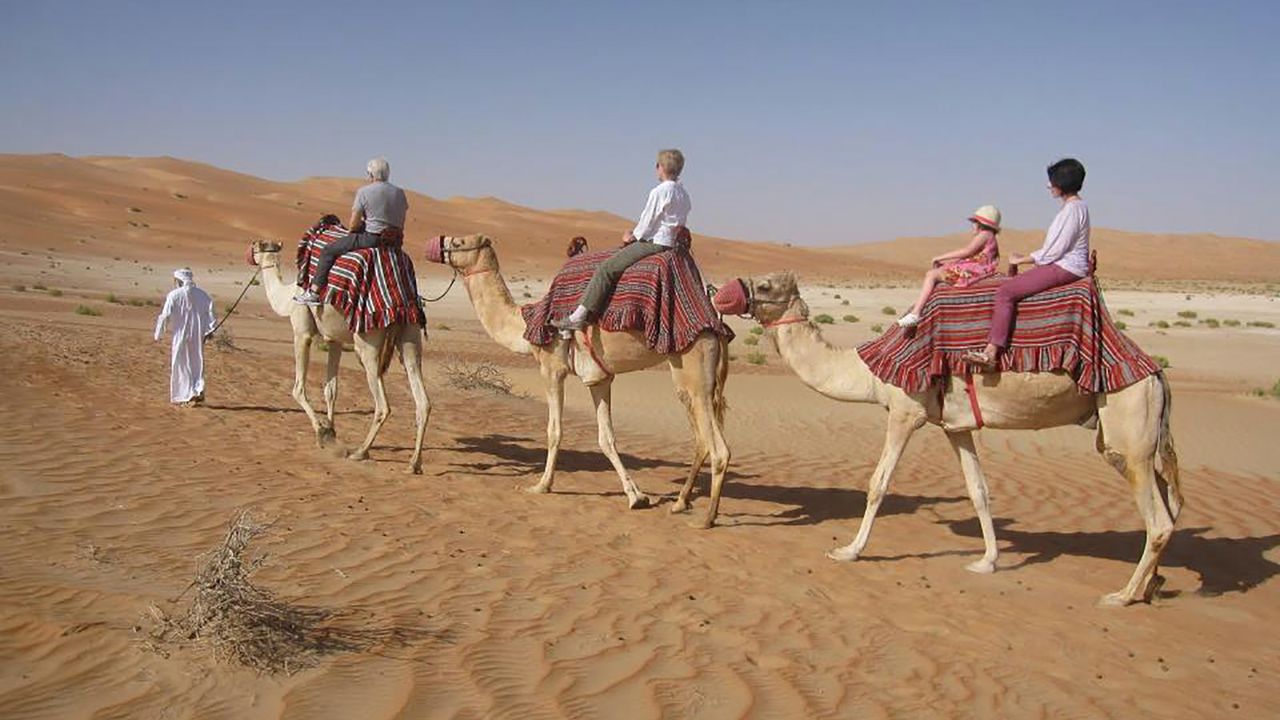 Both Wohlert and Cecchi enjoy travelling, and even worked together for a time in Abu Dhabi, United Arab Emirates.

A love story built at UNM

The University of New Mexico is saying goodbye to two employees whose dedication to the institution, the community and each other have left a permanent mark on Main Campus.

Amy Wohlert and Joe Cecchi have given UNM more than four decades of combined service; but by the end of this month, they will both be saying goodbye to the school and start their new chapter of retirement.

“Amy and I will certainly miss the people at UNM, and the community we’ve been a part of here.”  – Joe Cecchi 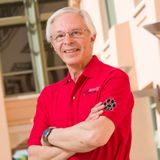 Recently retired engineering dean Joe Cecchi loves to see things being built – as evident by the development of Centennial Engineering Building and remodeling of Farris Engineering Center, both done under his watch. He also spent a considerable amount of his working career building relationships with local and state politicians – making sure UNM received the funding needed to help students succeed and have infrastructure built.

“Being able to build new buildings and renew the old ones is very important,” Cecchi said. “Because it helps to recruit students and support faculty.”

But Cecchi also spent time building a personal relationship, and not many around campus are aware of his wooing and subsequent marriage to the president’s retiring Chief of Staff, Amy Wohlert. 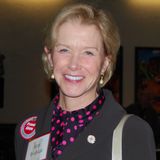 Hers is a familiar face around campus. During her 18 years at UNM, Wohlert has held many administrative positions including interim director of the School of Public Administration, dean of Graduate Studies, interim dean at the Anderson School of Management, vice provost and associate provost for Academic Affairs and chair of the Department of Speech and Hearing Sciences.

“My aim in each job was create confidence, a backdrop against which people can do their best work,” Wohlert said.

She has also served on a number of institutional committees and task forces, including those related to global education, public policy, formula funding, distance education, graduate enrollment and accessibility. She met Cecchi when both were chosen to be on the search committee that ended up hiring Louis Caldera (UNM president, 2003-2006). Cecchi was a dean representative, and Wohlert, a faculty representative from Arts and Sciences.

“I thought ‘Oh he’s very well spoken,’” Wohlert said. “I appreciated not only how Joe presented himself, but also the content and his ability to make measured contributions.” 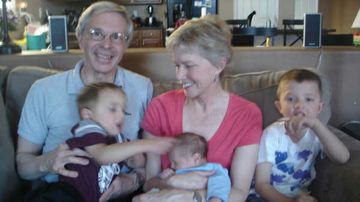 Wohlert and Cecchi say they look forward to spending more time with their children and grandchildren.

Cecchi’s contributions extend much further than the comments made in that presidential search committee – starting with his introductory position as Chair of the Chemical and Nuclear Engineering Department in 1994. During his more than two decades at UNM, he served as dean of the School of Engineering from 2000-2009, and again from February 2014 to the present. He has also served as advisor to the provost and president for national laboratory relations, along with innumerable hiring and advisory committees.

But UNM was only the latter half of the duo’s distinguished careers. Cecchi began at Princeton and also served as Provost of the Masdar Institute of Science and Technology in Abu Dhabi, United Arab Emirates. Wohlert graduated from UNM in 1978 and worked as a faculty member at the Ohio State University and Purdue before returning to her alma mater in 2000 and eventually, onto the presidential search committee with Cecchi.

“Search committees like that tend to function intensely over a fairly short period of time. So, we saw quite a bit of each other,” she said. 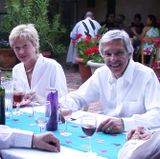 A snapshot of the two on their wedding day.

It was in that professional capacity the two, each leaders of the institution in their own right, came to realize they had much more in common than work.

“It started with small things, like we were both born in the Midwest,” Cecchi said. “We are more or less the same generation.”

The relationship grew, alongside but completely separate from their professional tracks, as they took measured steps to ensure their personal connection did not interfere or create bias at work. Eventually the two enrolled together in the Anderson Executive MBA program, an endeavor they say both tested and reaffirmed their decision to be together.

“If you ever have the opportunity to go to school with your spouse, that’s when you’ll truly learn about them,” Cecchi said. “Amy is smarter than I am, but I have a much stronger mathematical background.”

“But he refused to do my finance homework for me,” Wohlert added.

That experience, along with the joint venture of working for a year together in the United Arab Emirates, gives the couple confidence they will be able to weather the transition into their new adventure: retirement. Cecchi is already several weeks in, but continues working quarter time for the University. Wohlert is in her final days with UNM, and is already looking forward to planting her garden and spending more quality time with their four children and six grandchildren.

But maybe, when you’ve achieved as much as they have at UNM – both personally and professionally – it’s not the first impression that counts; but the lasting impression two such distinguished employees have left upon each other, and their institution.