During his first year at UNM, there were 6,000 students on campus. He had arrived during a period of remarkable growth for the University. Between 1948 and 1968, during the tenure of President Tom Popejoy, the University’s student enrollment expanded from 4,000 to 14,000 students. After WWII, the Southwest became a destination for people from across the U.S. seeking opportunities in higher education, research, healthcare, and industry. Army was one of the new arrivals, moving his family from the Midwest (he grew up on Chicago’s North Side) to the Southwest to take a position as the chair of the Physical Education Department at Highlands University in Las Vegas, N.M. That was in 1955, two years before he took the same position at UNM.

The University expanded not only in enrollment numbers, but also in the facilities needed to support them. In 1955, plans were finalized for a new gymnasium that, according to William E. Davis in his “Miracle on the Mesa,” was to include: “eighty-two hundred seats in the basketball arena, a swimming pool, lockers for more than twenty-four hundred students, four handball courts, and a wrestling room.” Gymnasium construction completed soon after Army became chair of HPER.

Advocating for better recreational facilities became a lifelong commitment for Army. It was a commitment that required a constant voice, to keep the issue from getting lost in the shuffle of University priorities. Pushing recreational facilities to the top of the priority list was never easy. Recreation was often trumped by academics. Sometimes the timing was just not right. And even when construction or renovation projects would get off the ground, they required someone willing to keep driving them from behind, to propel them over roadblocks—funding shortfalls in the Legislature, or delays in planning, approval, or construction. Army’s quiet tenacity served him well. He was willing to lobby for improvements as many times, and to as many audiences, as necessary.

The four handball courts included in the 1955 gymnasium plans turned into something of a symbol of that advocacy through the years. There were four handball courts in 1957. And there were still just four handball (now called “racquetball/handball”) courts in 1975 when Army was quoted in the student paper, describing the woeful state of recreational facilities on campus. By 1984—now just “racquetball courts”—Army was quoted again by the student paper in October, about halfway through construction on the Johnson Gym renovations. He exhibits what sounds like a mixture of bemusement and frustration, that “we had four racquetball courts in 1957, and we have four racquetball courts today”—now twenty-seven years later. According to his sabbatical research of recreational facilities at other universities, he argued that it would really take thirty courts to be up to national standards, but the renovation plans would at least get them part way there. Not ideal, but perhaps adequate—such is the life of a facilities director.

Army oversaw tremendous change during his 14 years as chair of HPER, including the creation of two degrees—a Bachelor of Arts in Recreation in 1962, and a Bachelor of Science in Health Education in 1969. As it was noted in his obituary, “he built his department into one of the strongest and most highly recognized programs in the world.”

The 50s and 60s were decades of such growth that the University struggled to keep up. Davis’ “Miracle on the Mesa” describes the effects of tight budgets in the 50s. There was never enough faculty, and facilities were crowded. Then, beginning in 1960, with increases in enrollment and state funding, the situation improved. There were increases in compensation, fringe benefits, and, consequently, morale. The problem for the University now was trying to stay ahead of the growth. Buildings were filled to capacity shortly after the ribbons were cut. Large-scale construction was a constant presence, turning the UNM campus, as University Architect Van Dorn Hooker described it in his book “Only in New Mexico,” into “one big construction yard.” 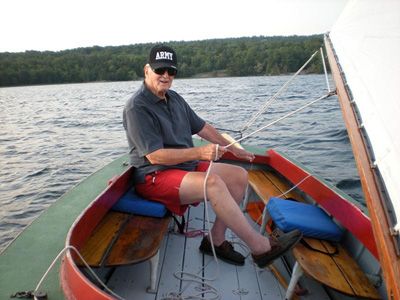 Army Seidler aboard his 1920s-era wooden sailboat, “Army’s Navy.” Every summer, from 1948 to 2016, he and his family vacationed at a lake in Northern Ontario.

During his tenure as chair, Army was hard at work planning another facility: UNM’s first Olympic-size swimming pool and natatorium. Over his career, he developed a national reputation for sports facility planning and design. According to minutes from a September meeting, the Board of Regents and the state Board of Finance approved the plans for the pool in 1965. Construction was completed in 1971. The process of design, planning, funding approval, and construction was much more of a marathon than a sprint, and Army saw it through from beginning to end. The pool’s grand opening came just in time for the training of Cathy Carr, a UNM student and All-American in the 100-meter breaststroke. She went on to win a gold medal at the 1972 Olympics.

In 1971, Army went on a well-deserved sabbatical, after finishing his 14-year tenure as department chair. Sometime after he returned, he took on the job of director of athletic facilities, a natural fit for his talents and demeanor. He held that position through the 70s and 80s.

His personal and academic interests in self-defense and sports grew many years earlier, both while he was in the military, and later when he pursued his doctorate. His research formed the basis of the Seidler System of Bayonet Fighting, which the U.S. Marine Corps and U.S. Army would later adopt. He invented the “pugil stick,” a long padded stick with large cylinder-shaped pads on both ends, to simulate close-quarters combat. While in Illinois, he and a faculty colleague, H.E. “Hek” Kenney, invented a game called “Flickerball.”

Army continued these pursuits as a faculty member when he invented the Seidler System of Personal Defense, and wrote the book “Defend Yourself.” He taught personal defense to generations of UNM students. This merited the attention of the Daily Lobo in several editions of the mid-70s, due to increased awareness of sexual assault. His interest in the success and safety of UNM students was always apparent. As a result of Army’s distinguished career at UNM, he was elected fellow of the American College of Sports Medicine.

In Army’s final decade at UNM, before retirement in 1990, he continued to shepherd various renovation projects through the bureaucratic planning, approval, and construction processes. The Johnson Gym renovations were in-progress when he was interviewed in January of 1985. He noted that had legislators appropriated the full amount for renovations in 1980, it would have saved taxpayers about $4 million. You can sense a bit of frustration as he consistently focused on the success of students: UNM is the “only school I’ve ever heard of in the state which used its own funds for one-half of a building project. We’ve put our money where our mouth is and we’re doing this for the 24,000-plus students.” Once that construction finally completed, Johnson Gym became the Johnson Center.

Friends and family describe a man with a “joke for every occasion,” and who, while vacationing during the summer on a lake in Northern Ontario, would relax during the day by sailing a 1920s-era wooden sailboat that he named “Army’s Navy,” and spend evenings listening to classical music and the calls of loons. He was also described as a voracious reader.

When Army finally decided to retire in 1990, there were over 29,000 students enrolled at the University. He was a witness to a tremendous transformation at UNM, through periods of peace and social tumult, and through it all he never stopped advocating for students. He also never stopped attending Lobo athletic events: Army was a season ticket holder for Lobo football games for about 50 years, and for Lobo basketball for about 60 years. That was one way he maintained his connection to the University even in retirement. 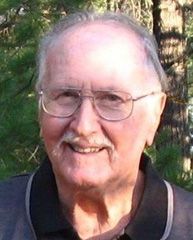 Army’s impact on the University continues today. The natatorium was named after him, the man who designed it, in February of 1997. The Armond H. Seidler Natatorium continues to be a world-class facility. His mentorship of students was honored by the creation of the Armond H. Seidler Ph.D. Endowed Fellowship, which provides funding to doctoral students in the Sports Administration program.

The Seidler legacy also continues at the University. Army’s son Todd is now the chair of the Health, Exercise, and Sports Sciences department (HPER was renamed HESS about 10 years ago), a position he has held since 2012. Todd’s brother Kim Seidler, recently retired, was a faculty member in the Department of Geography and Environmental Studies for 10 years. Todd’s wife, Staley Seidler, teaches in the Community Health Education program at UNM, while Army’s daughter, Toni Seidler, who studied at UNM, is a Special Education teacher at Wilson Middle School.

Armond Seidler passed away on Sunday, April 23, at the age of 97. He is an example of the ways in which the life of the University is intertwined with the lives of the people who work and live here. His dedication to students and his hard work and creativity are worthy of our reflection and celebration.