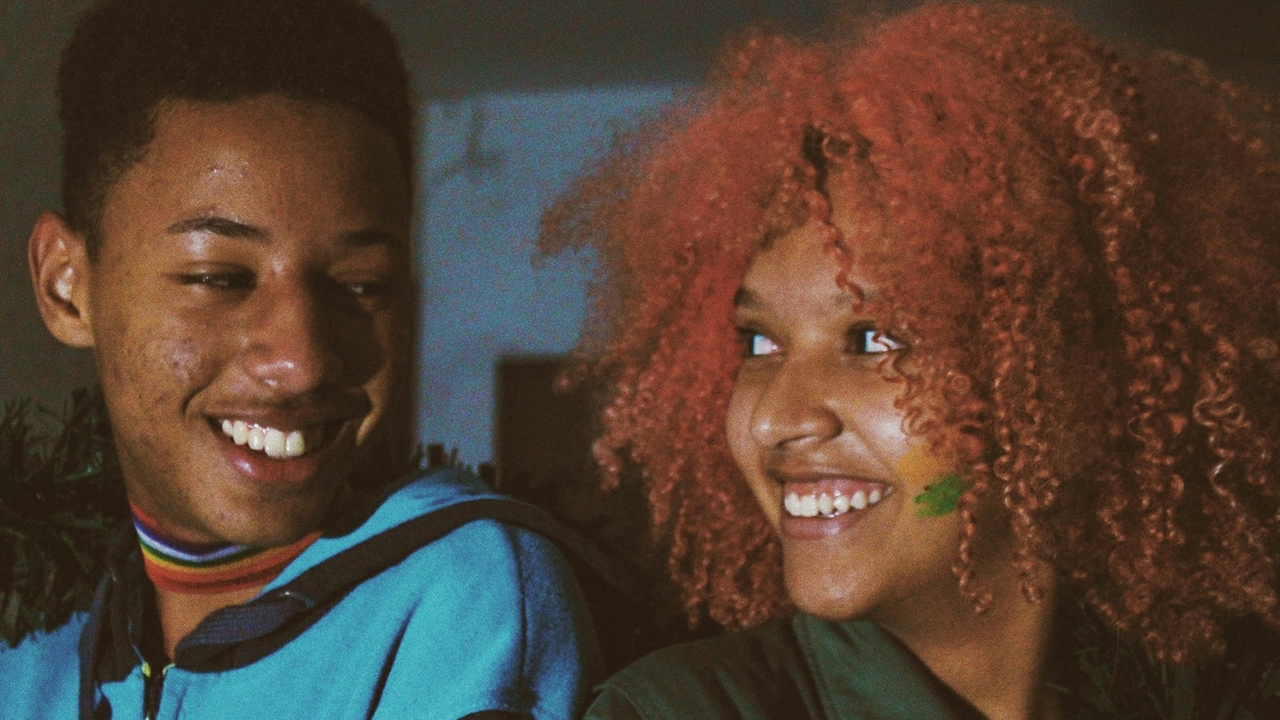 In her role as director of African American Student Services at The University of New Mexico, Brandi Stone has many conversations with students about their personal, academic, educational, and social development throughout their college years. Among the conversations are the ramifications of having Black hair styles. 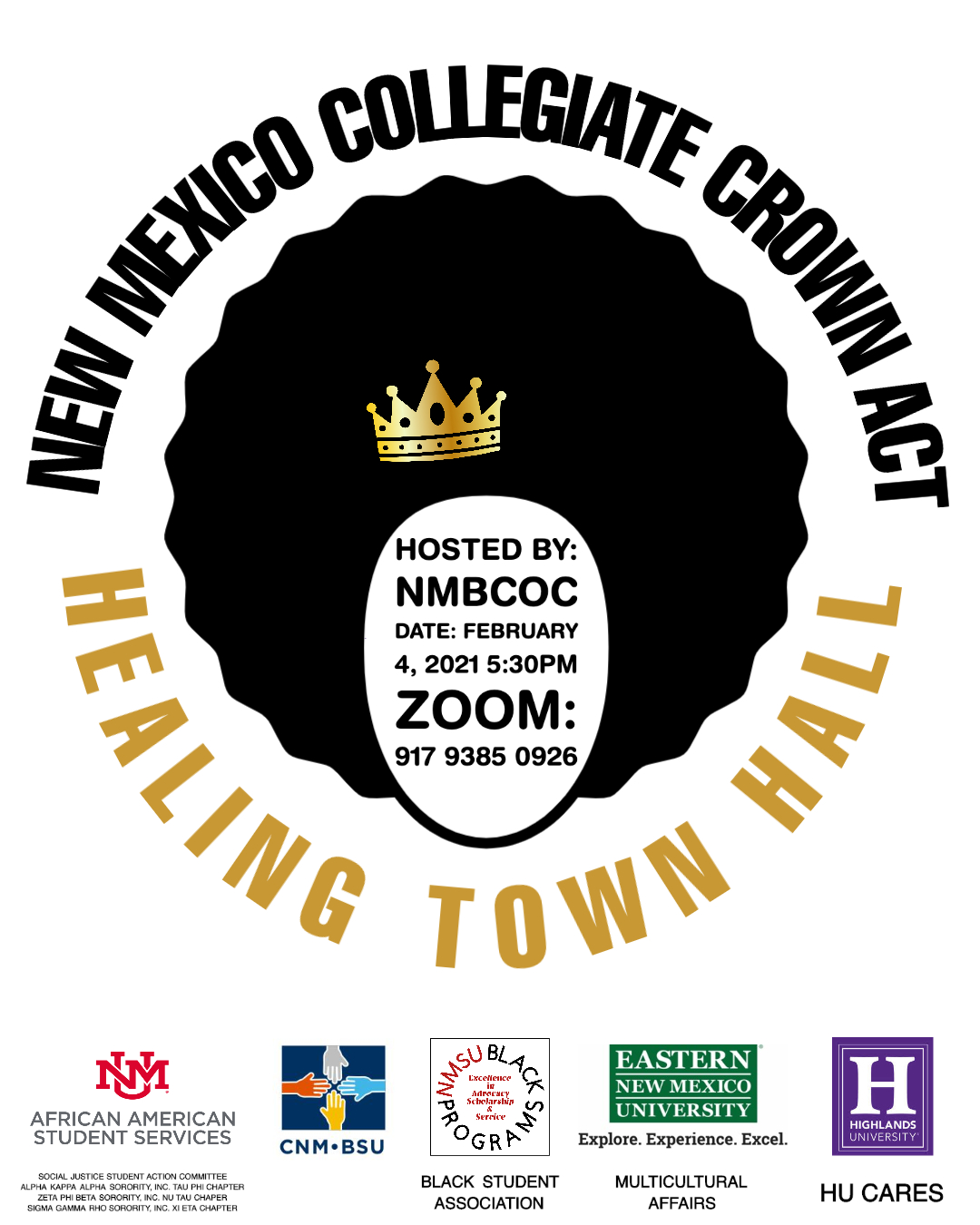 Perhaps no other ethnic group has hair so imbued with cultural and historical legacies. In addition, there are practical aspects to caring for and styling Black hair. Thus, Black women and men alike style their hair in locs, twists, braids, or natural styles to accommodate both the cultural and practical. But these styles have met resistance from schools and businesses.

This year, the AASS and the Black community at UNM, as well as other universities around New Mexico, are throwing their support during the New Mexico 2021 Legislature behind the CROWN Act to combat discrimination against Black hair in New Mexico schools.

The CROWN Act is a campaign led by the CROWN Coalition, and founded by Dove, National Urban League, Color of Change, and Western Center of Law & Poverty. According to the CROWN Act website, “The CROWN Act, which stands for ‘Creating a Respectful and Open World for Natural Hair,’ is a law that prohibits race-based hair discrimination, which is the denial of employment and educational opportunities because of hair texture or protective hairstyles including braids, locs, twists or bantu knots.”

According to the New Mexico Black Central Organizing Committee, the CROWN Act was brought to New Mexico by a high school student in early 2020 and quickly gained momentum. The NMBCOC, made up of Black women, student leaders and allies throughout New Mexico, has taken lead on getting the act passed here in New Mexico.

New Mexico is among several states considering the legislation, which prods schools to break down spoken and unspoken rules and implicit or explicit pressures that discriminate against Black students and their hair. Seven states have passed the legislation.

The BCOC hopes that with the support of the sponsors and many others throughout the state, the Crown Act will pass. The City of Albuquerque City Council unanimously passed the CROWN ordinance in January 2021.

The AASS is hosting a virtual town hall Thursday, Feb. 4, at 5:30 p.m. via Zoom to discuss the impending legislation.

“Passing the CROWN Act in New Mexico means that we can continue to tell students to show up as their authentic selves and because it is illegal to discriminate based on hair. This town hall is bringing several New Mexico colleges together to have this critical conversation,” Stone explained.

“Growing up, I think so many of us received messages around our hair and to not make it ‘too big’ before you get the job. Or make sure if you are wearing a protective style that you wear it from the time of interview till the time that you get the job so you don't look ‘too different’ in that process,” Stone said. “At UNM, we have students every year as they near graduation ask us for advice on styling their hair for interviews and job fairs and whether their curls should be straightened or pulled back, and whether locs should be cut or pulled back.”

“I am excited for this discussion because it is a statewide collegiate conversation,” Stone said. “We have Dr. Sheryl Felicia Means from UNM Africana Studies, who will lead the conversation around the history of Black hair and UNM student Ebony Isis Booth, a poet and founder of Burque Noir, who will be facilitating the conversation around joyful collaboration, centering Black stories, and healing.  We will also be discussing the CROWN Act and what that means for New Mexico. We’re excited that both the House bill and Senate bill are sponsored by UNM alumni, Dr. Sheryl Williams-Stapleton and Harold Pope Jr.”

“This is important for UNM students, faculty, and staff because it brings awareness to hair discrimination, something I would argue a lot of folks do not know exists and/or have not recognized the biases that exist,” Stone summarized. “More importantly, I want Black students to see that their experiences are not isolated and that there is a community of support and learn about ways that folx can get involved. Sometimes I think these topics feel very big for students and they don't always see how they can connect to it and do some groundwork or student activism around the topic. This town hall is a perfect example of social justice-oriented student groups and sororities getting involved to bring awareness to their peers to help get the CROWN Act passed in our state.”