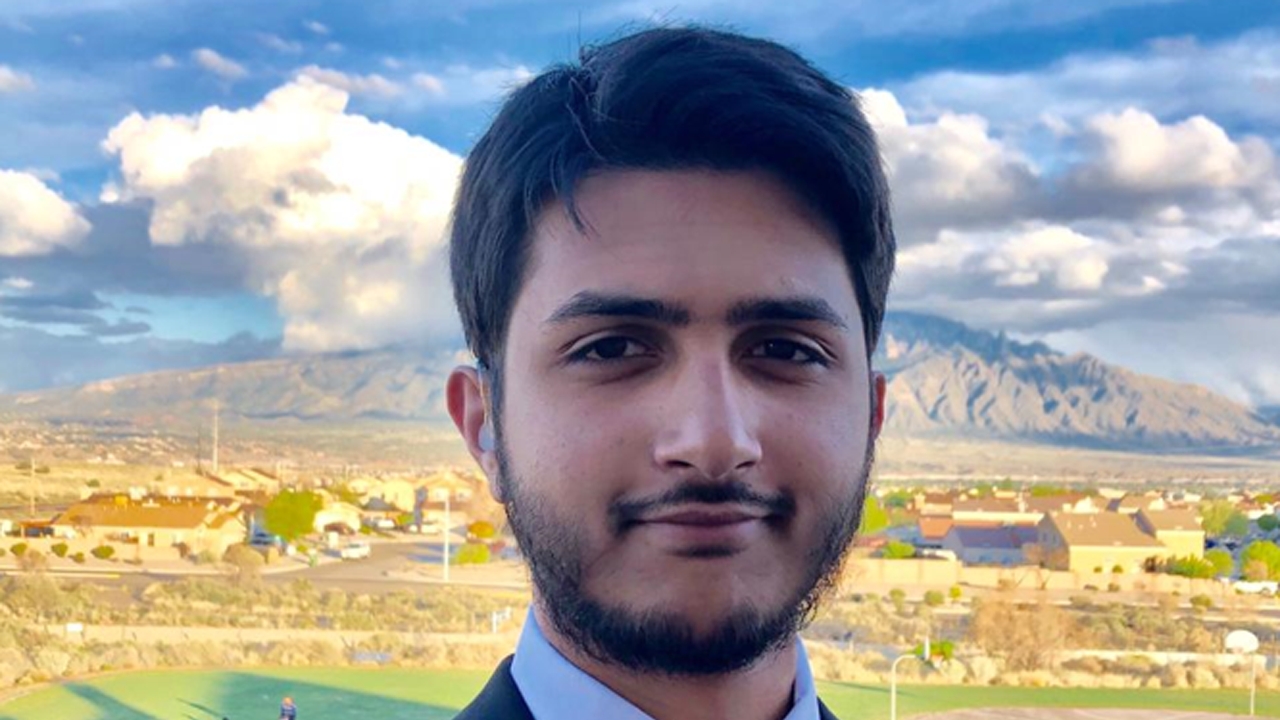 Getting through college is tough enough for any student. For graduating senior Abdullah Shah, having a hearing loss and wearing hearing aids added an extra challenge to his years at The University of New Mexico but haven’t held him back.

Ignoring the advice of a pediatrician who said he’d never succeed because of his hearing “disability,” Shah’s parents started him as an infant at the Presbyterian Ear Institute and then later the Salam Academy, both in Albuquerque. Shah credits his mother for his success in life, noting that she drove six hours a day between their home, his school, and her job, all in different cities.

Shah describes himself as a “half traditional, half non-traditional student.” In high school, he attended three different institutions simultaneously – Rio Rancho Cyber Academy, Santa Fe Community College, and UNM West – and he graduated with an associate degree at the age of 16.

That gave him a jump on his college career, and Shah will graduate from UNM in three years instead of four with a Bachelor of Science degree in Population Health and a minor in Chemistry, designation in Honors. His parents will both be there to see him as the keynote speaker at the College of Population Health convocation the day before the main graduation ceremony.

There are both pros and cons to his hearing, Shah said. Group discussions could be confusing with several people speaking at once. And when classmates tried to whisper to him in class about the subject material, he said they usually gave up and ended up texting or talking to him after class. Usually, he’d email professors ahead of time to alert them that he’d be in their class and needed a seat up close, but he didn’t use other resources available on campus for those with challenges like his.

On the other hand, finding a quiet space on campus isn’t difficult as his hearing aids become headphones for his electronic devices.

“Plus, I get some really peaceful sleep as most things aren’t loud enough to wake me up.”

Because UNM doesn’t have a dental school, Shah heads soon to Creighton University in Omaha, Neb., to get his doctorate in Dental Surgery, possibly specializing in pediatric dentistry or maxillo-facial surgery. Then he plans to come back to New Mexico to be either a general dentist in a clinical setting or as a public health dentist.

“Being a person of color, a hard-of-hearing individual, a New Mexican of Pakistani descent, and a Muslim, I have had the unique exposures of each of these sub-communities, which, united, make up essential aspects of our country. Being in so many ‘groups,’ I have become a more compassionate, understanding, and proud American.” 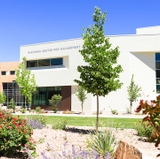