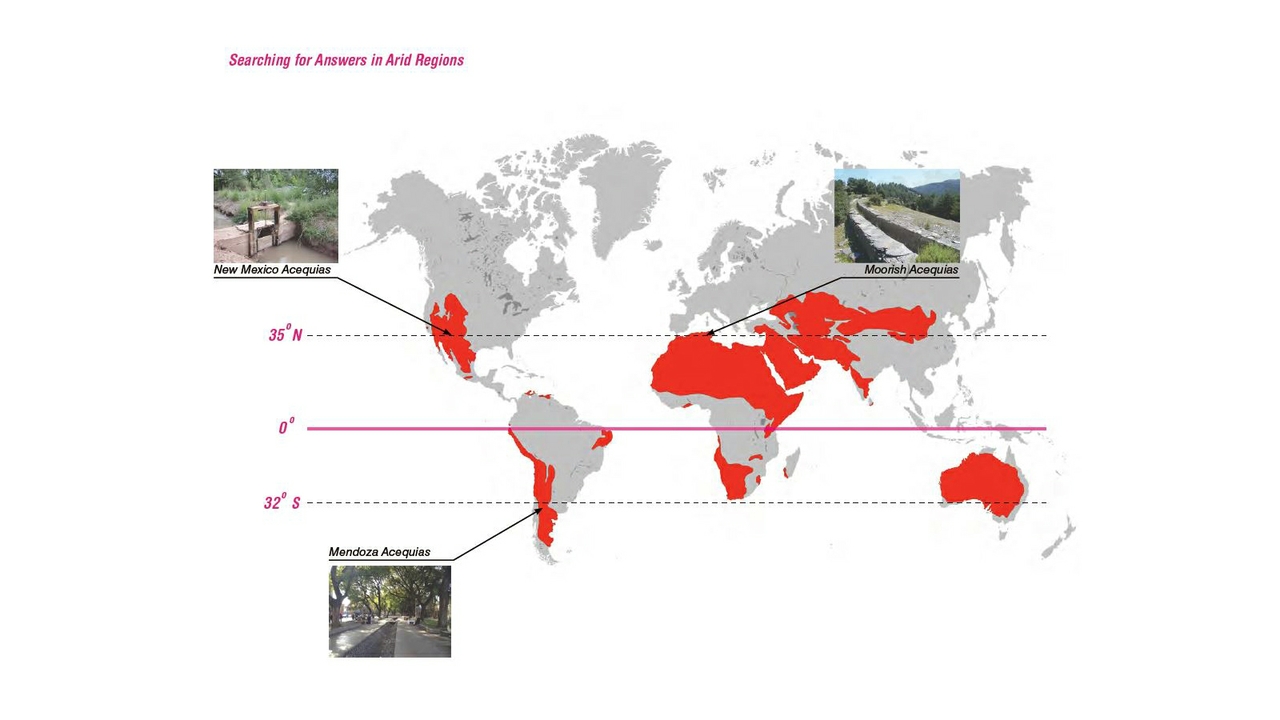 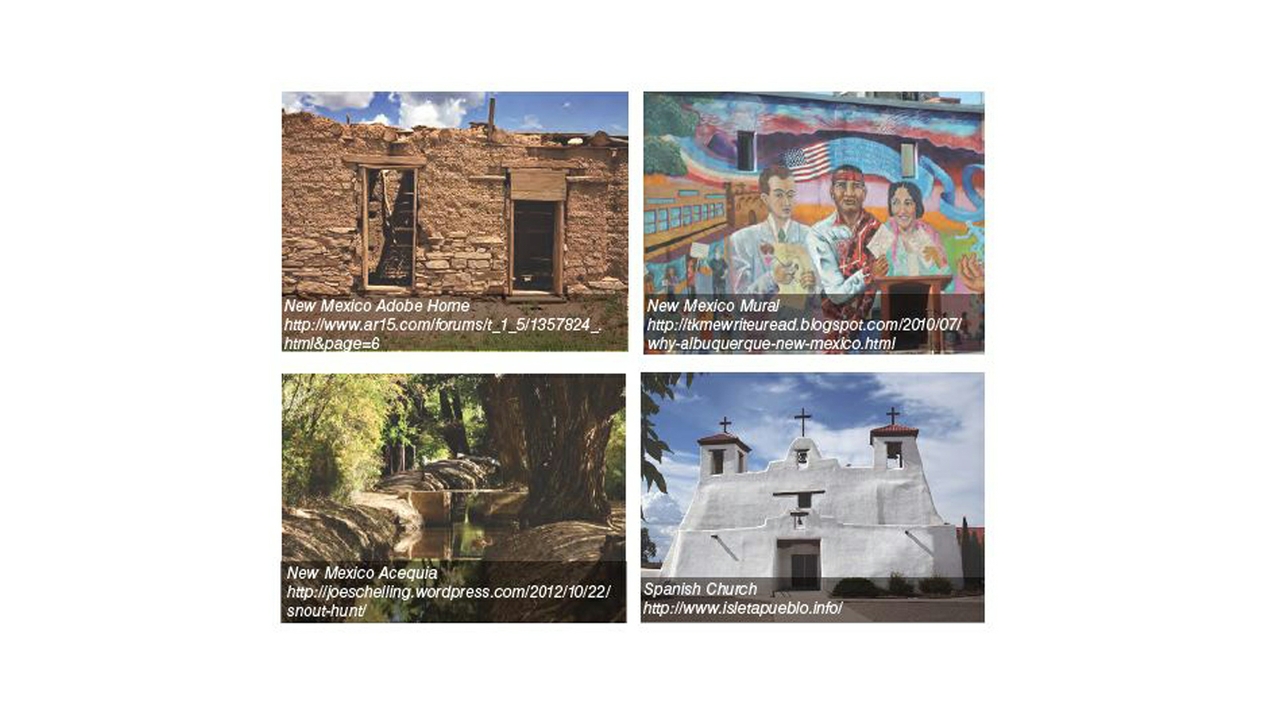 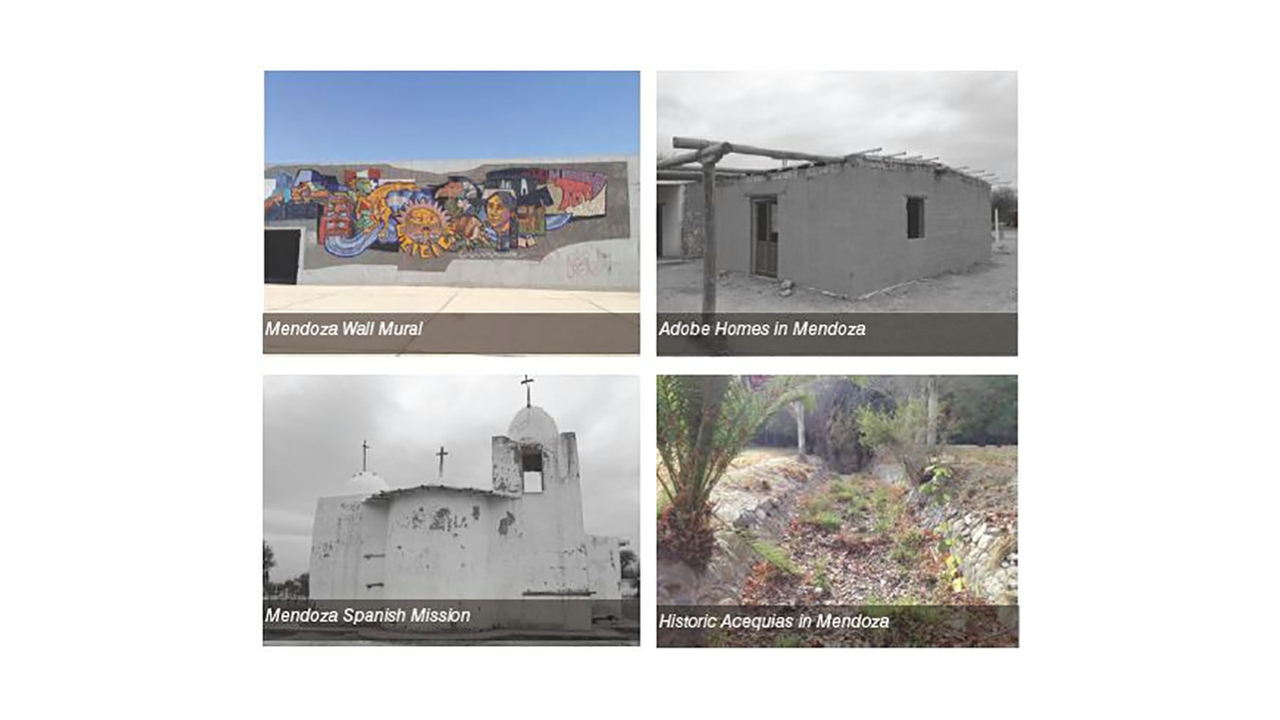 Acequias, a traditional form of irrigation and component of early design in the southwest could also be used as the foundation to more eco-friendly building and construction practices in urban areas. Now, a UNM Alumnus has received a Fulbright Scholar award to pursue best practices of sustainable city planning in an arid environment.

Andrew Bernard is a landscape architect and graduate of the UNM School of Architecture and Planning. He is using his passion for water, sustainability and landscape architecture to complete a comparative analysis between Albuquerque and Mendoza, Argentina, focusing on how New Mexico can better utilize its historic water ways and ecological systems to address climate change.

“I’ve always been drawn to urban waterways. It’s was the potential for the acequias to become valuable ecological assets in an urban setting that really drew me here to New Mexico.” - Andrew Bernard, UNM Alumnus and Fulbright Scholar

Bernard, a graduate of Virginia Commonwealth University, says the southwest called to him through its unique connection to historic irrigation systems. Acequias originated in Spain and were used in Spanish colonies of the Americas to irrigate crops. Today, they can still be seen in neighborhoods across the southwest, including in Albuquerque – where Bernard relocated to complete his graduate studies. 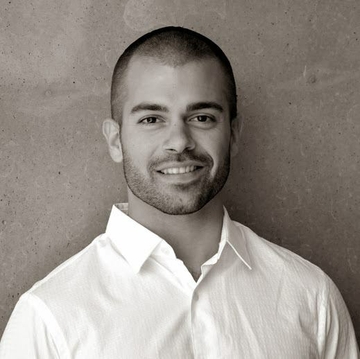 “I looked all over the country for where I wanted to go next, and considered Portland, Austin – all the places that are supposed to be cool and fun to live for younger folks. Somehow Albuquerque kept jumping out as a possibility, and that’s when I saw a picture of an acequia. It’s was the possibility of green architecture showcased by acequias that really drew me here to New Mexico.

Bernard earned his Master’s in Landscape Architecture from UNM School of Architecture and Planning in 2014. His research was centered primarily on green stormwater infrastructure (GSI) and arid low impact development (LID) – which focuses on utilizing stormwater as an asset rather than channeling it directly into storm drains, and reintroducing elements of nature into infrastructure. His final year of graduate school, Bernard was awarded a grant from the UNM Latin American Iberian Institute that fueled the groundwork for his research comparing acequia use in New Mexico to ones in Mendoza, Argentina – which he will expand upon during his Fulbright program.

“I’ve been working towards this for a long time, whether I actually knew it or not,” Bernard said. “I saw a photo of an acequia in Argentina, incorporated into the city landscape, with trees on either side. It was so beautiful, and I think it is a model that can be adapted here in Albuquerque.”

As a recipient of the Fulbright U.S. Student Program award, Bernard will travel to Argentina for a nine-month stint in the spring to continue his research. He will be working at the National Scientific and Technical Research Council (CONICET) conducting comparative analysis that examines the many parallels (cultural, geographical, physical, ecological and historical) between Mendoza and Albuquerque.

“Throughout the past six years I have seen in Andrew a serious interest and a passion for the subject,” said Celia Lopez-Chavez, Bernard’s mentor and a Professor Emerita at UNM. “I have seen how he has grown in his knowledge and commitment to research, specifically how water, social systems, and ecology can be applied to more appropriate urban environment.”

“The results of his research in Argentina will definitely add to the current knowledge of the subject,” said Lopez-Chavez. “It will contribute a great deal to a much-needed discussion about arid zones in different parts of the planet and what can be learned in one place to be applied to other places.”

Bernard says in Mendoza, the acequias remain an integrated part of the city landscape, whereas in Albuquerque the have been removed to make more room for urbanization. He says he looks forward to learning more about the culture and heritage around the city’s infrastructure.

Following his stint in Argentina, Bernard plans to return to Albuquerque and work on sharing and implementing what he learns.

The Fulbright Program is the U.S. government’s flagship international educational exchange program and is designed to build lasting connections between the people of the United States and the people of other countries. The Fulbright Program is funded through an annual appropriation made by the U.S. Congress to the U.S. Department of State.  Participating governments and host institutions, corporations, and foundations around the world also provide direct and indirect support to the Program, which operates in over 160 countries worldwide.