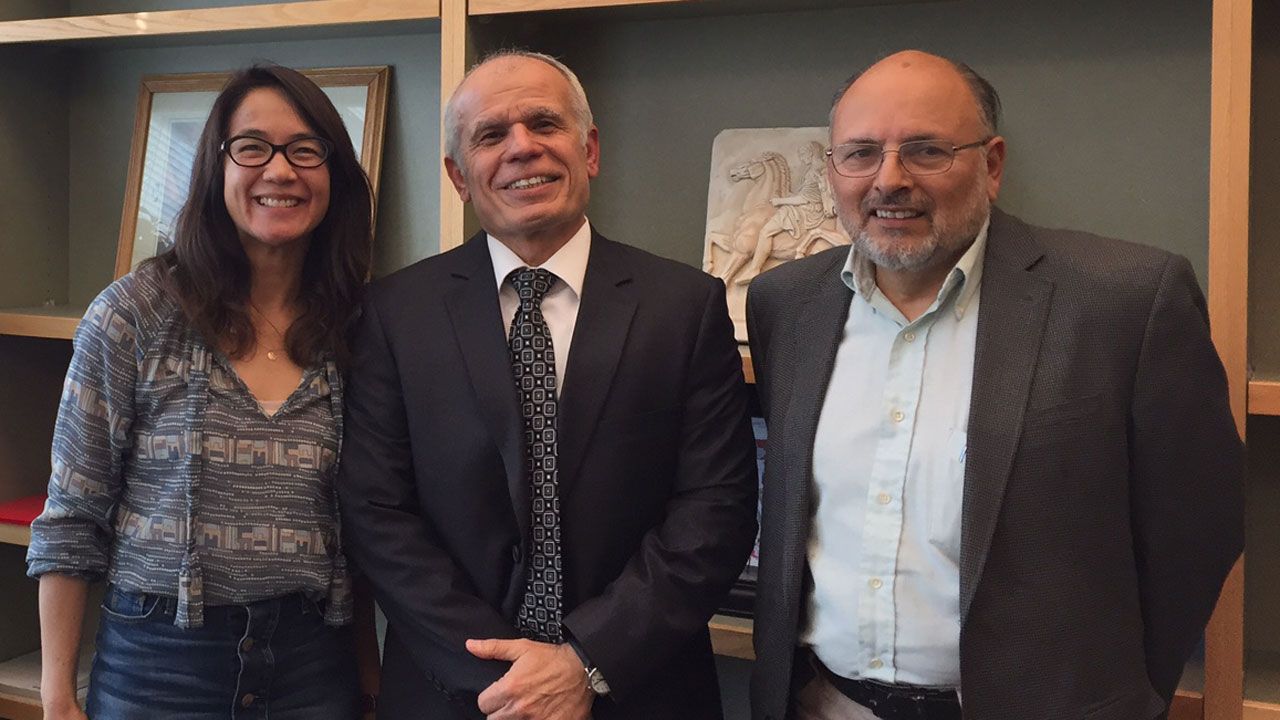 By Advance at UNM August 10, 2017
Categories: Inside UNM Faculty News

Members of the Advance at UNM social science research team are working on innovative ways to promote diversity on the UNM campus, particularly among leadership positions.

To engage leaders at UNM, the group is using the Dobbin-Kalev managerial engagement model of diversity promotion, which is based on their extensive analysis of human resources policies in private corporations.

Universities have not attempted this specific model before.

“Our mission is to examine whether, how and in what ways the Dobbin Kalev model of diversity promotion works in the university context,” said Advance at UNM deputy director and political science professor Mala Htun.

The team seeks to assess and apply some of the major findings in the Dobbin Kalev study to the university. According to Htun, “the social science research team’s main mission is to analyze this process, and assess the effects of this process.” One policy that could be borrowed from the Dobbin Kalev model would be to engage managers and leaders in activities such as the recruitment of women and minorities.

To complement their research on diversity policies, team members are also conducting a series of surveys and studies on UNM students, faculty, and leaders. With this information, the Advance research team aims to diagnose problems and better learn how to create a more supportive and productive climate at the university.

“Our research has put us in a position to see what some of the problems are that need to be fixed,” Htun said. “The overall mission of Advance is institutional transformation, with the goal of having more women and minority faculty advance.”

In particular, the research team has begun conducting exit interviews in order to gain sincere opinions on the issues of diversity on campus.

“We consider folks who are exiting the institution an important source of data and information for the overall study,” said Advance co-principal investigator and UNM sociology professor Felipe Gonzales.

It is unclear whether the university has ever led exit interviews before.

“Historically, UNM has not conducted exit interviews due to a lack of resources, among other reasons,” Htun said.

In addition to examining the Dobbin Kalev model and its application to the university, team members are using the structure of diversity at UNM as a case study.

“That is to get a sense for all the different types of diversity initiatives that can be found in the university, from the highest level of the central administration, down to particular departments and programs,” Gonzales said. The team hopes to find how diversity helps the structural organization of universities and colleges, as well as measure the efficacy of current diversity efforts in these kinds of institutions.

Some of the team’s findings so far suggest that certain UNM leaders within STEM fields were not familiar with diversity policies, yet seemed receptive to the ideas and efforts led by the Advance program.

“The picture is not totally rosy, and there are problem areas, but there are some situations that could probably see some sort of structural improvement,” Gonzales said.

Some university leaders have already taken the initial steps to launch diversity programs in certain colleges and departments.

“The Vice Provost in the Office of Research, Dr. Gabriel Lopez, has put out the call for requests for research proposals that involve cross disciplines and non-STEM with STEM projects” Gonzales said.

According to Gonzales, this is an example of diversity in the area of research, which could indirectly encourage other forms of diversity on campus. The social sciences research for Advance will be ongoing during the five years of the project funded by the National Science Foundation.