Ana Alonso-Minutti, associate professor of Music and faculty affiliate of the Latin American and Iberian Institute at The University of New Mexico, was recently awarded the biennial 2021 Robert M. Stevenson Prize from The Society for Ethnomusicology for her piece Voces del desierto for a cappella choir. The prize honors ethnomusicologists who are also composers by awarding a prize for a single composition, an original musical work created by the applicant. 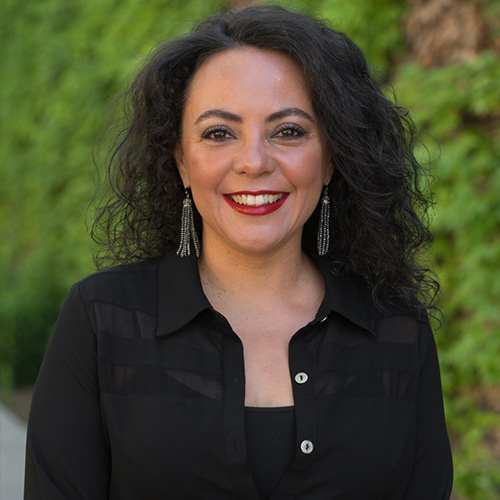 Her composition was part of a multidisciplinary project, Migrant Songs, directed by Szu-Han Ho and performed by an amazing intergenerational choir comprised of community members and activists conducted by Lina Ramos at the National Hispanic Cultural Center on March 2019.

"Voces del desierto is a piece born out of my love for New Mexico, for its land and for its people,” Alonso-Minutti said. “Many of the sounds and words that conform this work were thought of during sunset walks by the Rio Grande, while watching and listening to the migrant cranes.”

“While growing up in Puebla, the Rio Grande-Río Bravo was nothing more than a blue line in a geography textbook map showing the ‘natural border’ dividing two nation-states. When I moved to New Mexico, however, this line became alive,” she remarked.

The first movement, River, reflects on the Rio Grande as a sonic testimony to the effects and consequences of colonization; a river that sounds the pains and hopes of migrants who have crossed its banks since ancient times, she explained.

The Spanish texts of the second and fourth movements, Valle and Vida, come from Chapter 37 of the Book of Ezekiel, a prophecy of life over a valley of dry bones, Alonso-Minutti continued.

“Bringing awareness to the bones of women found in Albuquerque’s West Mesa and to the feminicides committed throughout the Chihuahuan and New Mexican desert, these movements pay homage to the mujeres that suffer violence in their migrant journeys,” she explained. In the third movement, Prayers, singers are encouraged to enact music-making as prophecy by elevating their own individual improvised prayers as truth-enunciating actions that bring healing to the land."