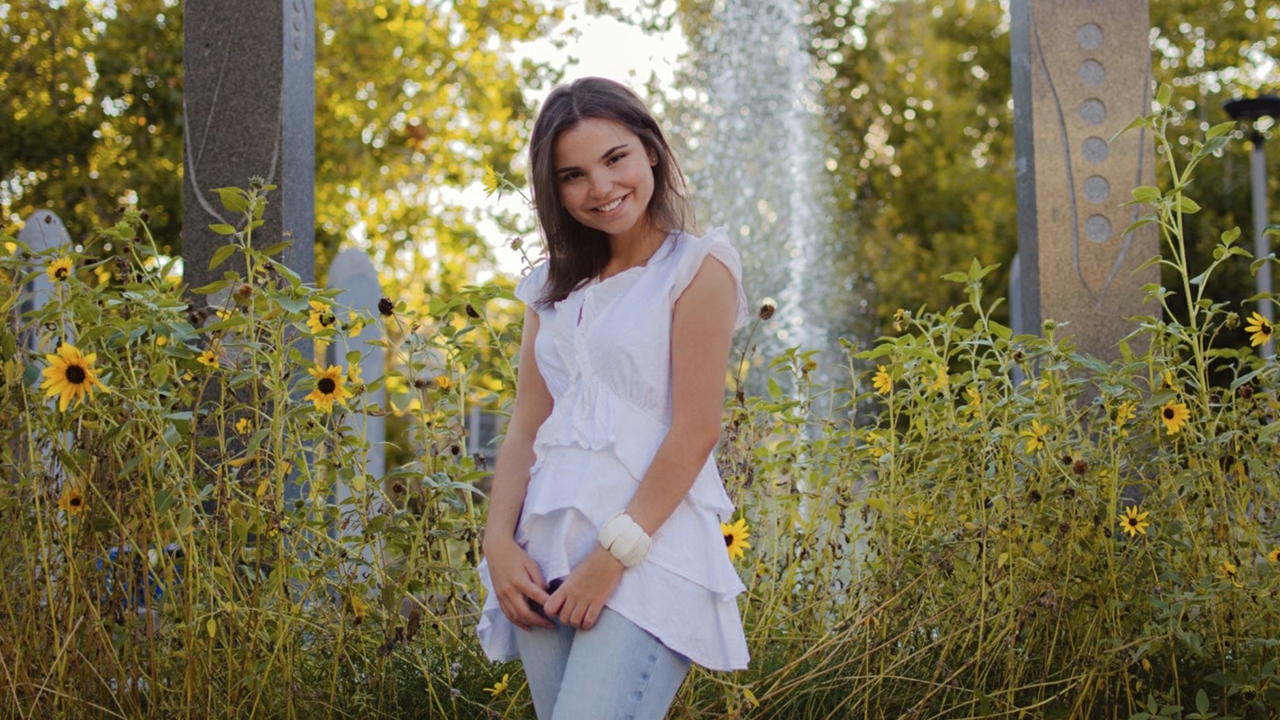 Alumna publishes examination of Yiddish language use on TV

University of New Mexico alumna Jacqueline Hirsh Greene is supposed to go to Germany soon. But as so many in the UNM community have experienced, plans were upended by the pandemic shutdown.

“My grant was supposed to start in August and now it is postponed to January, but there is still very much uncertainty as to if the program can start at all because all U.S. State Department programs are pretty much halted indefinitely due to travel restrictions,” Hirsh Greene said, so in the meantime, she’s still in New Mexico.

Hirsh Greene recently published a paper in Lifespans & Styles, a journal devoted to innovative, empirical studies of sociolinguistics written by authors at an undergraduate level based on original research. The journal is hosted by the University of Edinborough. The paper was an independent study for the major and Linguistics program lecturer Dawn Nordquist was her mentor on the project.

Her paper, Like Putting Mayo on a Bialy: A Discourse Analysis of Yiddish Functionality, unpacks the use of Yiddish loanwords in the popular TV series The Marvelous Mrs. Maisel. She examines a range of Yiddish words that are found for the most part in Jewish speech, such as kvell or schnorrer, and are not so common among non-Jewish usage. This way, each instance of Yiddish analyzed is of greatest social-indexical value.

“I understand Yiddish for the most part but do not speak it myself. It is practically a dialect of German, which I am a proficient speaker of, and I grew up hearing words and phrases of Yiddish,” Hirsh Greene noted. “I enjoyed watching The Marvelous Mrs. Maisel and appreciated its message on Jewish women and Jews in comedy. These are all areas there that fascinate me. When I started writing the article it was a relatively new show and I hadn't seen any scholarly analysis of it yet, so I decided it was a good avenue to pursue.”

“The plot centers around the life of Miriam “Midge” Maisel as a young, fledgling comic in the early days of freeform and socially-conscious stand-up, a scene dominated by male Jewish New Yorkers. During the day, pressure from her upper-class conservative Jewish family is at odds with her night-life surrounded by beatniks and hipsters in the underground comedy scene, a social group that she does not fit into either,” according to the introduction of Hirsh Greene’s paper.

Hirsh Greene explained that a loanword is a word brought into one language from another: “They are pretty ubiquitous across languages: Zeitgeist, quid pro quo, or faux pas are all loanwords that are used in everyday English speech, but are not English words. I look at Yiddish loanwords in predominantly Jewish-English, like schnorrer, goy, or kvetch.”

“The article is an analysis of how Yiddish loanwords perform underlying functions that have to do with speakers seeking social inclusion or differentiation,” Hirsh Greene said. “This means that Yiddish loanwords in American English behave as more than just indications of belonging to a macro-Jewish identity. I hypothesize that they facilitate the construction of personae, rather than fixed identities, that in turn might be used in any given context, to construct any given persona. For example, Jewish speakers are likely to use these loanwords to highlight in/out-group distinctions, express a prejudice or a desire, or emphasize a traditional and political split from parental generations.”

The intriguing title of Hirsh Greene’s paper comes from a humorous scene where the Jewish protagonist, Midge, gives a toast at her conservative Catholic friend’s wedding and uses the phrase “putting mayo on bialy” to describe a shocking and inappropriate relationship between a priest and a Jew.

“Midge’s profanity is met with gasps, indicative of divergence between her and the wedding guests, collectively.” Hirsh Greene relates in her paper.

“I love the use of food metonymy in discourse, especially because both mayonnaise and bialy are so symbolic of contrasting cultures in this scene, where the use of Yiddish makes even more salient this contrast,” she said.

The paper also examines Midge’s sister-in-law, Astrid, who “uses loanwords common among devout Jews in unexpected contexts, making her usage somewhat unconventional… Astrid’s character is written to be especially gentile: as a recent convert to Judaism, she is most often portrayed as a try-hard. Unfortunately for Astrid, her relentless desperation to adopt a Jewish persona accentuates her out-group status.”

“Through the analysis of representational language in The Marvelous Mrs. Maisel, this paper sought to extract sociolinguistic functions of Yiddish loanwords in American English discourse...” Hirsh Greene’s paper concludes.

“Though this paper is not a corpus, ‘real world’ linguistic study, and rather a study of TV language, I still maintain that scripted, written, and performed language is worth studying for the exact reason of its immense cultural impact. We are very attuned to the language of media, it is both a reflection and perhaps an influence of real-world language,” Hirsh Greene said.

For now, Hirsh Green is waiting for her Fulbright stint to begin.

“I hope to learn the practicalities of teaching since teaching is in my future. Fulbright is also a wonderful and immersive program that promotes a kind of empathy and mutual understanding between Americans and international communities, which is so very much needed especially right now. I look forward to the priceless experiences I will gain from that aspect as well,” she said.

“UNM prepared me for Fulbright in many ways. I was encouraged by my freshman-year German instructor (she was a Master’s student) to apply for the Fulbright, so it was something I had in my mind throughout my whole undergraduate career. UNM has a great study abroad program, I studied in Heidelberg, Germany for one year where I became advanced in German," Hirsh Greene said. "I was so lucky to have many great mentors and professors between both the Linguistics and German departments. I wrote an Honors thesis with Susanne Baackmann as my advisor, and I believe her mentorship throughout the past few years has been absolutely critical for my success in obtaining certain opportunities and opening up my world to new areas of interest, particularly in the realm of German and Jewish studies."

Outside of the classroom as a Fulbright English Teaching Assistant, she hopes to use art history as a bridge for cross-cultural and -linguistic learning. After the Fulbright ETA in Germany, Hirsh Greene will pursue a graduate candidacy in either linguistics or art history.