The breakfast will begin at 9 a.m. The public is invited to attend. Tickets are $20 per person and reservations are required. To RSVP and to purchase tickets, please go to the Alumni website or call the Alumni Relations Office at 505-277-5808.

“The accomplishments of the 2016 Lobo, Zia and Inspirational Young Alumnus awards truly embody the positive impact our alums have on their communities after they graduate from The University of New Mexico,” said Dana Allen, vice president of Alumni Relations and executive director of the Alumni Association. “The awards proudly celebrate these outstanding individuals and the significant contributions they’ve made to the University and the community.” 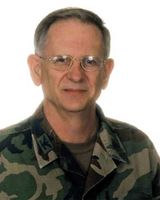 Robert Solenberger (‘65 BSCHE)
Solenberger, a physician and a colonel in the U.S. Army, has been deployed as a senior surgeon and field hospital commander in Afghanistan, Iraq, Kuwait, Honduras, Egypt and Korea. The surgeon credits his engineering education at UNM for helping him think outside the box in medicine, including a unique and successful separation of conjoined Siamese twins in 1995 in which Solenberger led a 70-person team through more than 26 hours in the operating room. Solenberger currently works at the VA Hospital in Belton, Texas as a surgeon. 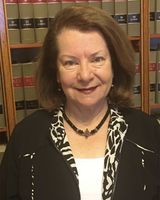 Celia Foy Castillo (‘81 JD)
Castillo began working as a teacher but eventually attended law school and went into the family business joining Foy, Foy and Castillo Law Firm in Silver City. She was elected to the New Mexico Court of Appeals in 2000 and served until her retirement in 2013—including two years as chief judge. In retirement she serves on the boards of several small companies and is president of the International Women’s Forum, New Mexico. 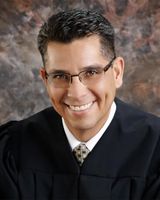 Kenneth Gonzales (‘88 BA, ‘94 JD)
Gonzales is a U.S. District Court judge serving in Las Cruces. Before his judicial appointment, Gonzales served as U.S. Attorney for the District of New Mexico from 2010 to 2013 and as an assistant U.S. attorney in that office from 1999 to 2010. Gonzales was commissioned in 2001 as an officer in the U.S. Army Reserve and he holds the rank of major in the Army Judge Advocate General’s Corp. 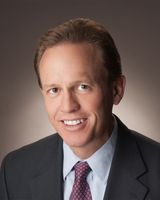 Gary Gordon (‘83 BBA, ‘86 JD)
Gordon practiced with the law firm Miller Stratvert P.A. in Albuquerque for 23 years, specializing in medical malpractice defense, and has been involved in a host of civic and philanthropic organizations. He has been especially active with the Albuquerque Academy and UNM, his alma maters. Gordon served as a trustee of the Academy for 15 years, including three as board chair. He served for 12 years as a trustee of the UNM Foundation. 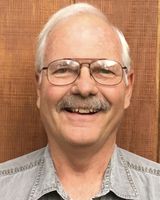 James Miller (‘70 BS, ‘79 Ph.D.)
Miller put his degrees in elementary education and education administration to use in the Albuquerque Public Schools and for the Department of Defense in Germany before heading up the Carrizozo and Farmington school districts as superintendent. In 1991 he was hired to create the new Ruidoso branch campus of Eastern New Mexico University where he served as campus director and dean emeritus until his retirement in 2005. Miller’s father, James, Sr., was a Zia Award recipient in 1995. 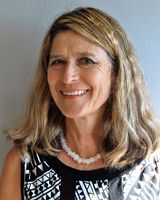 Carol Pierce (‘86 MPA)
Pierce has worked on behalf of the health of New Mexicans for more than 30 years. A former public health director for the New Mexico Department of Health, she now holds two positions —as the program manager for the UNM School-Based Health Center Program, which provides integrated medical, behavioral and dental services, health education and case management at six Albuquerque Public Schools, and as the school nurse for PB&J Family Services’ Therapeutic Preschool. 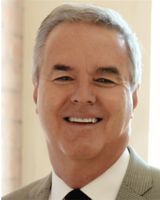 Randy Royster (‘92 JD)
Royster worked in real estate, construction, health care and law before making the switch to the nonprofit world. Since 2005 he has been the president and CEO of the Albuquerque Community Foundation, which manages a community endowment and makes grants to nonprofit organizations. Under his leadership, the foundation’s managed assets have grown by more than 40 percent, average annual contributions have almost tripled and average annual grant making has more than quadrupled over the first 24 years of the foundation’s existence. 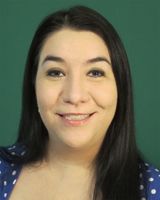 Bridgit Lujan (‘98 BBA, ‘00 MBA, ‘04 MA)
Lujan has been dancing since she was two, when she began attending Spanish folk dance classes. Since then, she has trained in classical ballet, jazz, flamenco, classical Spanish and Mexican folklorico dance. Lujan founded her own national touring company, Dulce Flamenco Internacional, Inc., and offers a professional training program for young aspiring flamenco dancers. The Anderson School of Management recognized Lujan with a 2016 Hall of Fame Young Alumni Award.

UNM Homecoming 2016 HOWLABALOO activities extend from Sunday, Sept. 25, to Sunday, Oct. 2. With more than 50 HOWLABALOO events on the calendar during Homecoming Week 2016 there will be an event, lecture series, reunion, open house or tailgate opportunity to fit everyone’s interests. A full schedule of events can be found by visiting the Alumni Homecoming website.