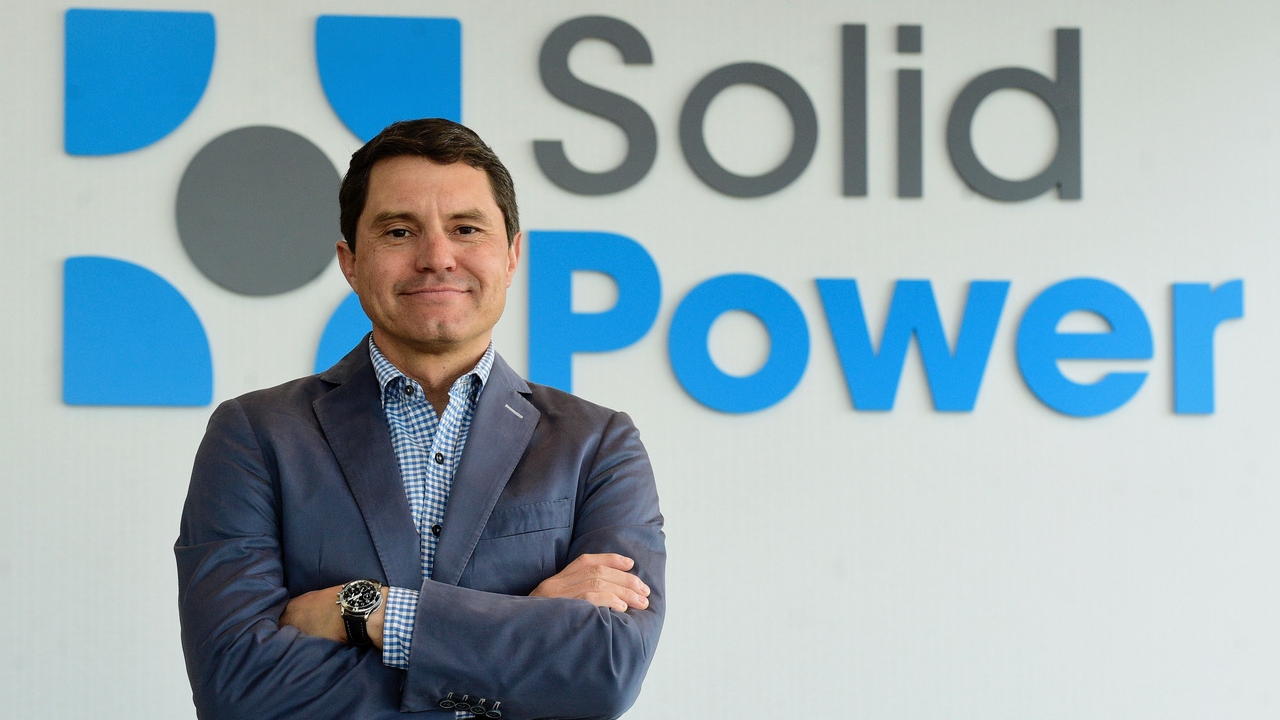 Doug Campbell is founder and CEO of Solid Power, a Louisville, Colo.-based company that develops all solid-state, high-energy and safe, rechargeable batteries for the electric vehicle market. 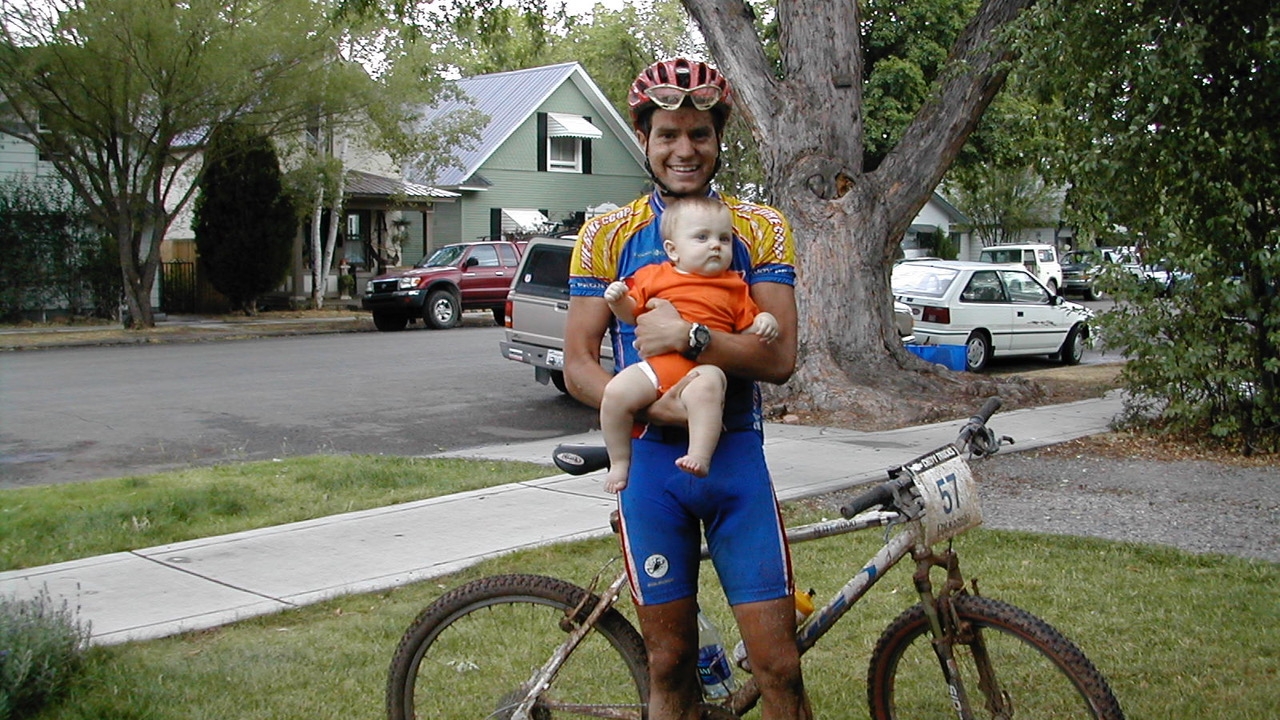 Doug Campbell shown in his mountain biking days with his son, Ethan, who is now 20 years old. 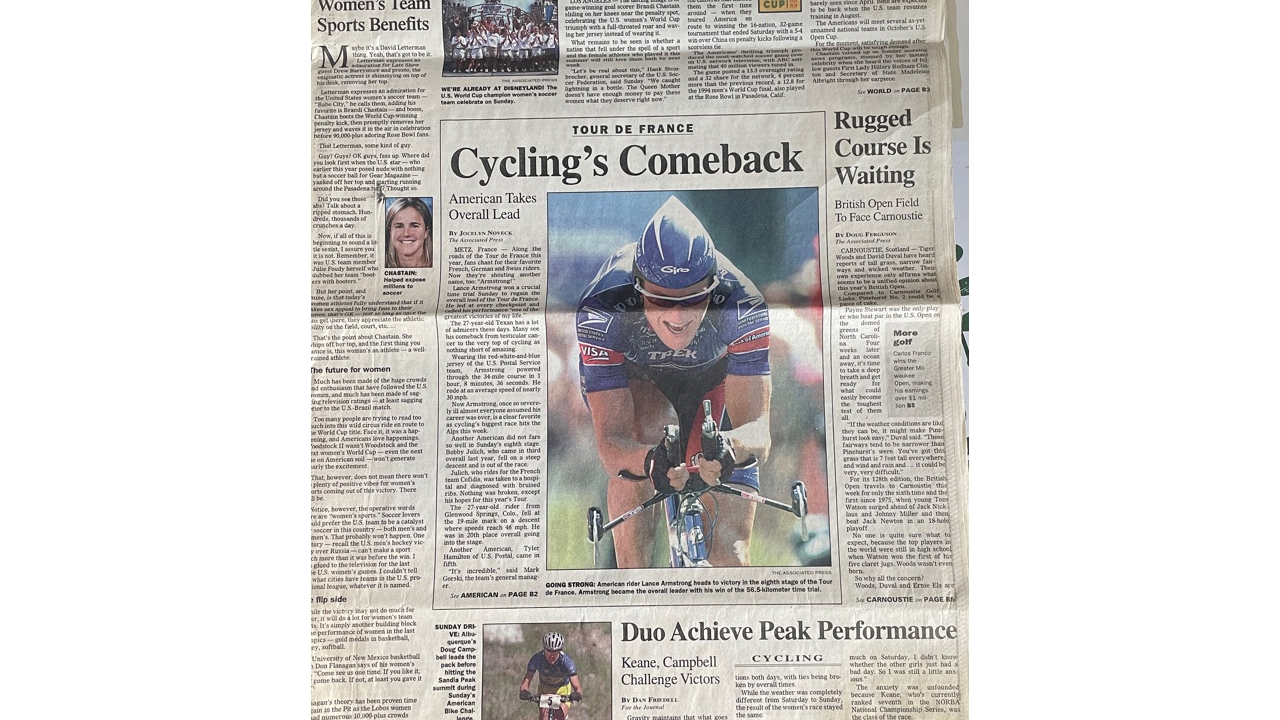 Campbell was a professional mountain biker based in Albuquerque, making news on the cover of the “Albuquerque Journal” sports section in 1999.

Alumnus pledges $5 million for Gerald May Department of Civil, Construction and Environmental Engineering

The University of New Mexico Board of Regents today (March 22) voted to approve renaming the Department of Civil, Construction and Environmental Engineering in honor of Gerald May, a longtime professor in the department, School of Engineering dean and UNM president.

A $5 million cash pledge from Douglas Campbell, an alumnus of the department and CEO and co-founder of Solid Power, a Colorado-based all-solid-state electric vehicle battery developer, will create the Gerald May Department of Civil, Construction and Environmental Engineering.

The department will be renamed upon final payment of the pledge, no later than Dec. 31, 2026.

The $5 million pledge is the largest cash gift pledge to the School of Engineering and the 12th largest for UNM, according to the UNM Foundation records. The Gerald May Department of Civil, Construction and Environmental Engineering will also be the first endowed department in UNM history.

“This is a tremendous boost to both the Department of Civil, Construction and Environmental Engineering as well as the School of Engineering,” said Christos Christodoulou, Jim and Ellen King Dean of Engineering and Computing. “The department has been on a bold mission the last few years to grow and expand, attract and retain students and faculty, and support more of the top-tier research it is already well-known for. This donation is a major step toward this goal, and we are very grateful that one of our own graduates is leading this transformation to make a good department great.”

Campbell earned a bachelor’s degree in civil engineering from UNM in 2001, then a master’s degree from the department the next year. Although his degrees are in engineering, he knew early on that his passions were more aligned in the area of entrepreneurship, and he credits a professor he had, Gerald May, with helping him with that realization.

“Upon graduating with my bachelor’s degree, I hesitated to pursue a career in civil engineering,” Campbell said. “I consulted with Dr. May, as I respected him immensely and considered him a mentor of sorts. He encouraged me to pursue a graduate degree as a means of exploring other career opportunities. By following that advice, I had placed myself on a much different career trajectory that ultimately positioned me to become a successful entrepreneur. That turned out to be very sage advice.”

Campbell is the founder and CEO of Solid Power, a Louisville, Colo.-based company that develops all solid-state, high-energy and safe, rechargeable batteries for the electric vehicle market. He previously co-founded and was CEO of Roccor, LLC, which specializes in innovative, high-performance, deployable structures and thermal management solutions for satellite and terrestrial military and commercial markets. Roccor was sold to Redwire Space in 2020, while Solid Power recently became a publicly traded company.

Campbell’s donation will create an endowment, which will generate funds in perpetuity that will go toward a variety of needs in the department, at the discretion of the department chair. These needs include recruiting students to the department; supporting current students, including funding to help send them to professional conferences; funding to attract and retain faculty; and upgrading equipment and facilities to ensure the department stays up to date with current technology and competitive with peer institutions.

Read more: Engineering donor: ‘I think you can solve the world’s problems by educating people’

Mahmoud Taha, distinguished professor and chair of the Department of Civil, Construction and Environmental Engineering, said that his department will benefit greatly from this donation, helping it accomplish bold goals that have been set, in particular the “12 in 12” initiative Taha established in 2018 to raise $12 million in 12 years.

“Doug Campbell’s donation means a lot to the department in terms of achieving our goals of becoming a top 30 department nationally,” Taha said. “It will mean increased funding for our classrooms in the form of TAs [teaching assistants] and graders, helping our faculty promote creativity in the classroom. It will also provide seed funding for faculty innovations, which helps attract and retain top researchers, as well as provide gap funding to support and recruit top graduate students. It will even help support our study abroad program that provides our undergraduate students the opportunity to study in Europe during summer and offer them a unique college learning experience.”

Campbell said his motivation for naming the department in honor of May and not for himself is because of the enormous impact that May had on him, as well as countless other students, faculty and others throughout May’s decades at UNM. Although Campbell is a successful businessman and an Albuquerque native, he said most people would not recognize his name, unlike May’s.

“I didn’t like the idea of putting my name on this. People would say, ‘Who was this guy?’ But Jerry May, in my opinion, is an institution. If you look up ‘engineering’ in a dictionary, you’d see a picture of Dr. May.”

May’s passion for teaching and education undoubtedly impacted his priorities in administration. He continuously fought for more money for faculty, and as dean, oversaw the construction of two new buildings — the Mechanical Engineering Building in 1980 and the Electrical Engineering Building in 1986. One of his legacies as president was implementing the Regents’ Scholarship, which provides UNM students a full-ride education.

“My most rewarding role was teaching, especially undergraduate teaching,” he said. “I was always refreshed working with students.”

For May, having a department named in his honor took some getting used to (“I didn’t like the idea at first,” he said), but he said if it helps UNM and its students and faculty succeed, that aligns with his values.

“I’m very humbled by such a generous gesture from a former student,” he said. “I have been privileged to be able to spend a career at UNM working with such bright young men and women.”