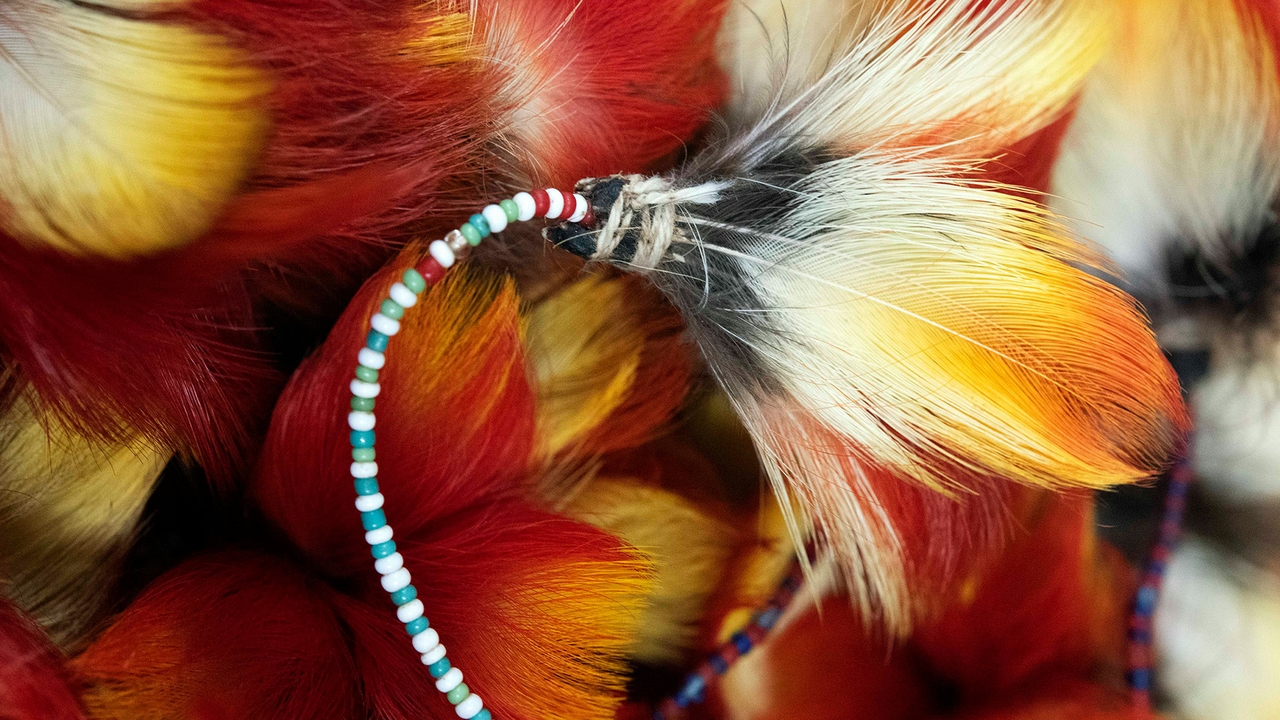 In 2018, the National Museum of Brazil was ravaged by a fire that destroyed a huge collection of irreplaceable historical artifacts. In a New York Times article, Dalton de Souza Amorim, a professor of biology at the University of São Paulo, was quoted as saying, “The anthropological collections were the worst loss and among them were the only recordings of people whose nations have disappeared.”

Suzanne Oakdale, associate professor of Ethnology in the UNM Department of Anthropology, will evoke the museum’s lost treasures when she presents Objects of Attraction:  Understanding Material Goods in Indigenous Amazonian Cosmologies on Thursday, Feb. 20, at 7:30 p.m. in Hibben Hall lecture hall 105.

The lecture is part of the Anthropology Day celebration by the American Anthropological Association and previews an upcoming Brazil exhibition at the Maxwell that looks at the impact of the 2018 fire and the effects of deforestation on indigenous groups of the Amazon. The exhibition includes cultural items of the indigenous Amazonian societies from the Maxwell Museum collections. The Brazil exhibition opening is Friday, May 1, 6-8 p.m.

The talk and exhibition are free and open to all.

“My talk coordinates with the upcoming exhibit at the Maxwell conceptualized by a graduate student, Jackson Oldani Larson, and curated by Devorah Romanek and museum staff, which was inspired by the loss of the Museum Nacional in Rio to a massive fire on September 2, 2018,” Oakdale explained.

“The museum was a beautiful building that was previously the home to the imperial family. Close to 20 million objects were lost, as well as the museum's archives. In addition, because this building also housed one of the best anthropology departments in Brazil, an amazing library as well as the classrooms and offices of the professors who taught there were also lost. The collections in the museum held antiquities collected by the imperial family in the 19th century, amazing natural history collections, and a vast anthropology collection spanning over a hundred years.  So, the impact was enormous to anthropological research in Brazil.”

Oakdale’s talk explores this power of objects for one Amazonian people, the Kawaiwete, as well as draws on comparative cases from elsewhere in Amazonia.

“Objects don’t tend to be passed down through the generations, but rather are often destroyed at death. Rather than indicating the unimportance of objects, their disposal, in fact, indicates their extraordinary power to unite subjects across the vast spaces and times of the cosmos,” she noted.

The exhibition is a general exploration of Brazil’s indigenous peoples, inspired by the destruction of the museum, and made more pressing by the election of President Jair Bolsonaro, whose policies threaten the Amazon where many indigenous people live.

Destroyed in the blaze were the last records of indigenous languages no longer spoken and irreplaceable examples of material culture from now colonized indigenous groups. Years of government neglect and underfunding led to dangerous conditions at the Museum, culminating in its destruction. Some view the government’s handling of the National Museum as analogous to their treatment of Brazil’s indigenous nations. Hundreds of distinct indigenous groups live traditional ways in the Brazilian Amazon. However, they are under increasing threat from violence and encroaching industrial activity.

“This exhibition is a love letter to what was lost in the fire that destroyed the National Museum of Brazil, and a cautionary tale of the current political situation in Brazil, which has compounded the losses suffered from the fire particularly for indigenous peoples,” she stated.

The Maxwell Museum is located at 500 University Blvd. on the campus of the University of New Mexico. Parking in surface lots and along Redondo Drive is free for this event.