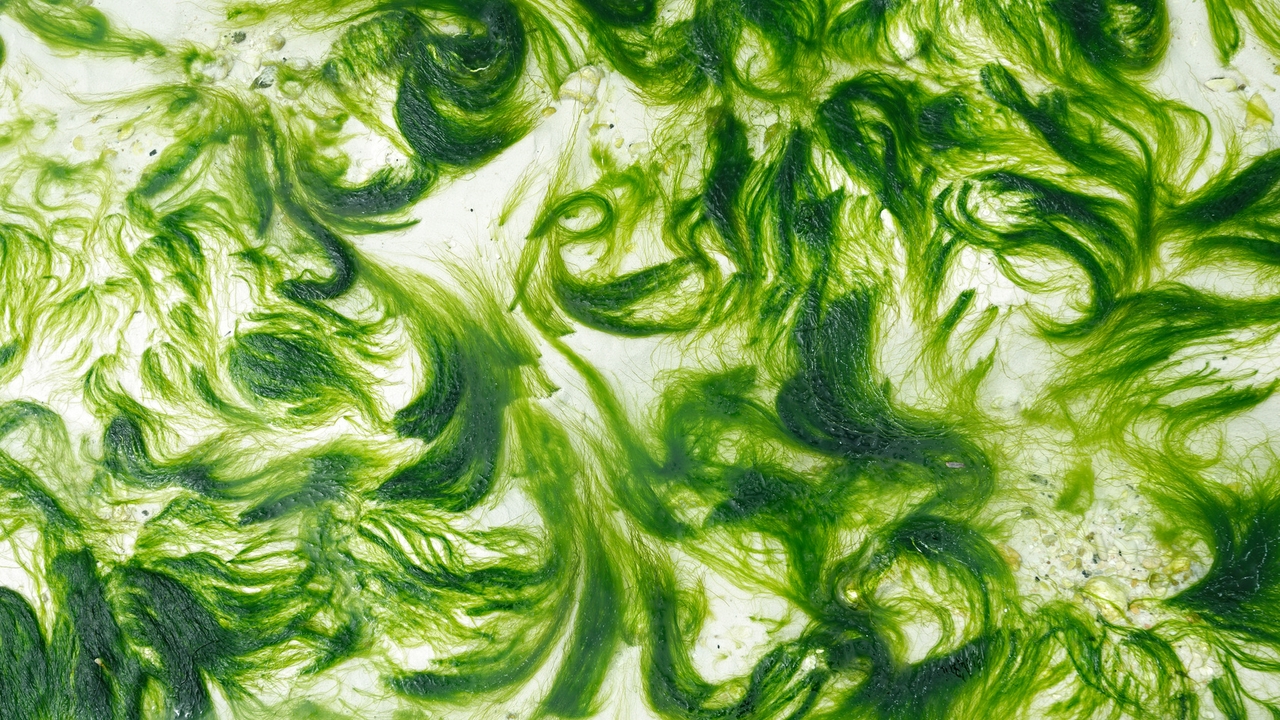 Finding ways to use algae as a water purifier is the focus of new research at UNM. 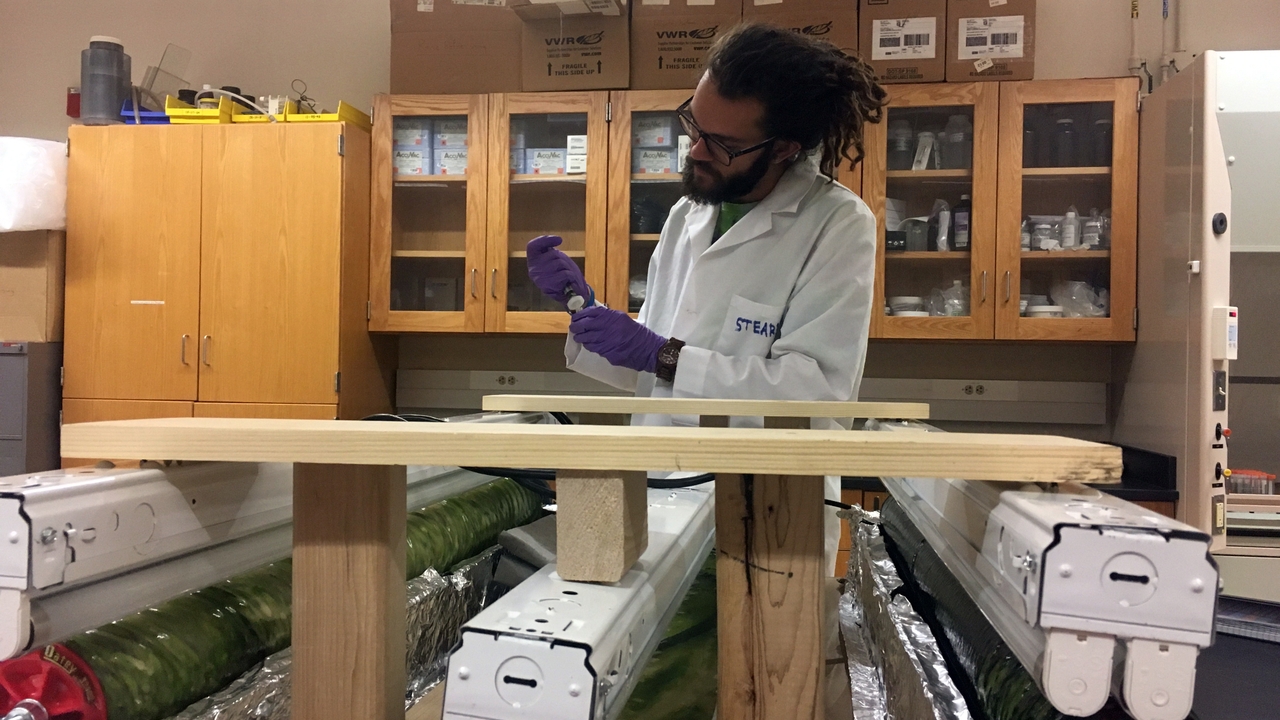 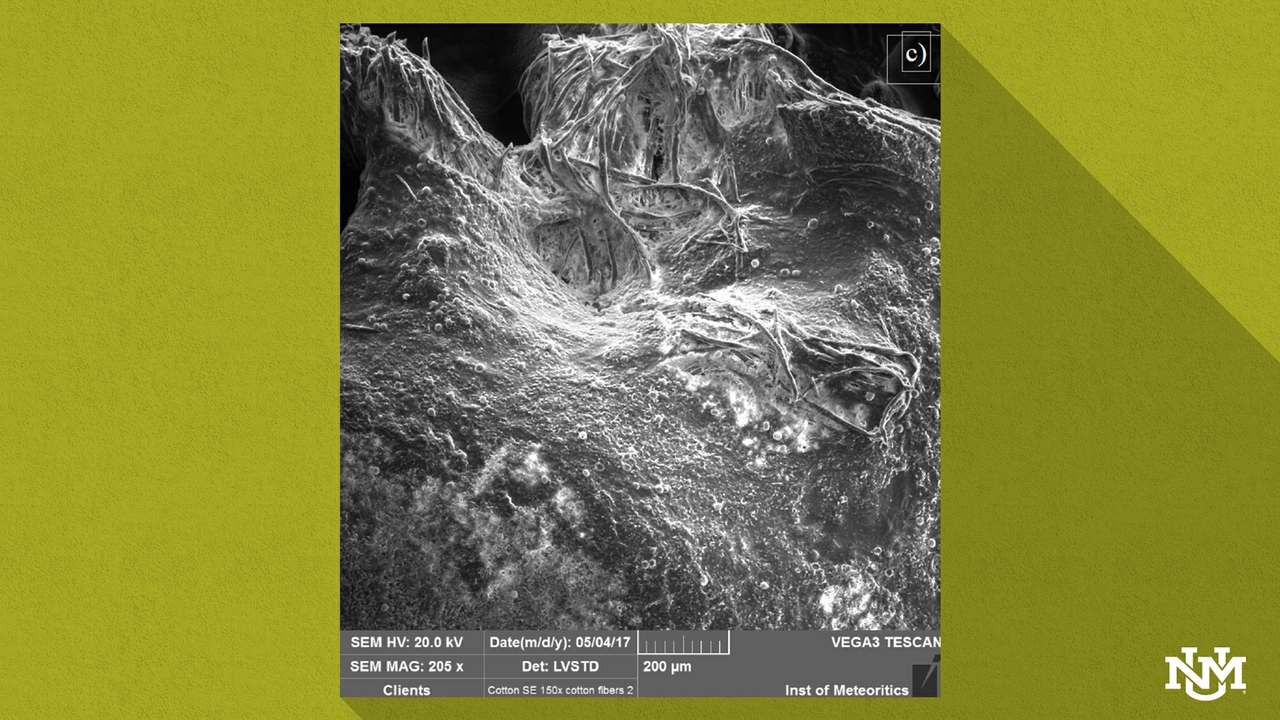 A University of New Mexico undergraduate engineering student thinks algae could solve the problem of arsenic contamination in water. 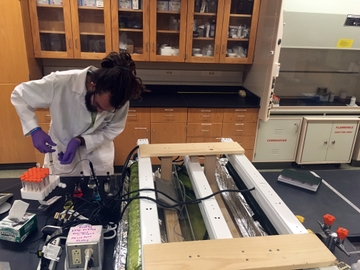 Chase Stearnes says he got the idea after hearing about researchers who were able to use algae to collect and harvest gold from water samples.

“I heard about that research and thought ‘ok, what else can we do with that?’ and I’m interested in rural communities and developing water resources,” Stearnes said. “So, I combined those two into the idea of creating an algal biofilm treatment system that could possibly help communities in places like India and Bangladesh.”

The 25-year-old Albuquerque native says he’s always had an interest in sustainability, and helping developing communities is one of his passions. He says soon after graduating from Sierra Alternative High School, he became interested in plant science – which led him to studying civil engineering and eventually, algae. Seeing biofilms created by other researchers, he set his sights on creating sustainable ways to reduce arsenic in water.

Arsenic contamination is creating international, widespread health concerns, particularly in developing countries. Here in the United States, the amount of arsenic in water is regulated and maintained by the federal government. However, that is not a luxury afforded by developing countries, which sometimes see up to 10 times the healthy amount of arsenic in their water.

The naturally occurring chemical is found in soil and bedrock. Sometimes it is also left behind as residual from industries such as mining. The contaminate has no smell, taste or color – which adds to the complexity of trying to pinpoint it in wells and other water sources; only lab assessment can confirm its presence and concentration. Ingesting arsenic has both short and long-term health impacts, including nausea, vomiting, neurological effects and increased risk of certain cancers.

With those dangers facing so many people in developing countries, Stearnes wrote a proposal and submitted it to the New Mexico Water Resources Research Institute – hoping to receive funding for a small-scale research project. He was awarded a $6,000 grant to pursue algal remediation of arsenic; and decided to focus his research on what type of material would be best used to create a reactor on which the algae could grow.

"I compared two different surfaces for the algae to attach to, cotton and nylon. And I had a control of a suspended culture, which other research already shows is effective for growing algae cultures,” Stearnes said. 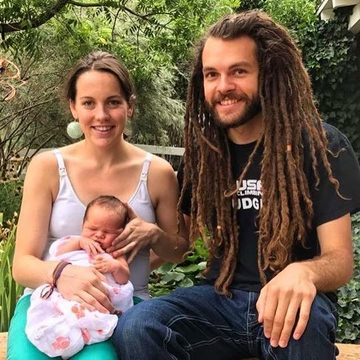 He found that the algae cultures have a definite preference to grow on the cotton, with the cotton reactor averaging more than 4 times more algal biomass than the control.

“But this was just a small study, we definitely need to do more research,” Stearnes said.

That research isn’t on his radar at this point though. Stearnes and his partner Rachel just welcomed their first child into the world, a young son named Aldo.

“It’s the most exciting part of my life right now – even more exciting than my research,” he said.

Stearnes is also finishing up his degree, and working at Daniel B. Stephens & Associates – an environmental and water resources consulting firm.

Between the baby, school and work, he won’t have the time to launch new research for a little while – but eventually hopes his work can stretch beyond the lab, to make real-world impacts.