UNM Newsroom / News / ASUNM and GPSA election results are in

ASUNM and GPSA election results are in

Undergraduate, graduate and professional students cast their votes, and election results are in for GPSA president and ASUNM president and vice president.

Muhammad Afzaal will serve as the new GPSA president, Adam Biederwolf will be ASUNM’s president and Madelyn Lucas ASUNM’s vice president for the academic year of 2019-2020. 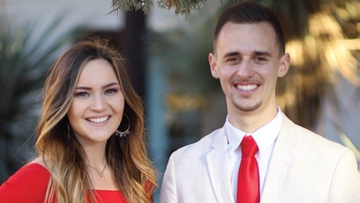 As vice president, Lucas’ responsibilities include managing and overseeing ASUNM Senate and Committee Chairs, Assisting the president with everyday tasks and duties, creating and distributing Full Senate meeting agendas and minutes, distributing legislation and budgets passed by the Senate, coordinating with Board of Regents, Student Activities, and Student Government Accounting Office and serving as point of contact for all UNM students and organizations.

Their campaign also focuses on increasing campus morale and enrollment which they claim are directly related. Biederwolf and Lucas want to highlight student achievements and market student-operated events at UNM for everyone to see. By doing this, they claim enrollment will be directly impacted increasing funding for the university and allowing for more opportunities for students.

“We want to bring all aspects of our undergraduate population together. We want to make student organizations and resource centers more accessible to students, and also highlight the students who continue to impact our campus that do not get recognized,” said Biederwolf. “Our campus is something special. It is unique and diverse, and I believe we need to start celebrating together.”

Biederwolf is going into his senior year and is studying Business Administration at Anderson School of Management. During his time on campus, Biederwolf has served as Executive Director of ASUNM’s Lobo Spirit, SUB Board President and was a New Student Orientation Leader. Biederwolf is also an active member of the Alpha Tau Omega fraternity and The Howl.

Lucas is going into her senior year and is studying Political Science with a minor in Chemistry. During her time on campus, Lucas has been involved with ASUNM Senate, CAPS and the UNM Club Tennis Team. Lucas was also a New Student Orientation Leader. 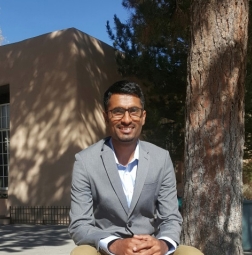 Muhammad Afzaal is an international student currently pursuing a master’s degree in Community and Regional Planning and also holds a degree in law.

During his presidency he wants to establish a stronger collaboration between the different departments, and support graduate and professional students as they navigate available opportunities and funding sources.

Afzaal is also a strong advocate of inclusion, diversity, gender equity and the advancement of all graduate and professional students. He would like to continue this mission and empower graduate students by further solidifying their reputation at UNM.