It’s a scholarship program that helps more than 6,000 University of New Mexico students attend college. But as fewer and fewer people play the New Mexico Lottery, funds from the Legislative Lottery Scholarship Program are getting harder to come by. That’s why UNM’s student government hopes representatives from institutions across the state can rally behind a clear message to bring to lawmakers in the upcoming legislative session.

James Clarke, executive director for ASUNM’s Governmental Affairs office, says right now, the lottery scholarship is $18 million in the red, and there’s no sign of things getting any better, unless they do something.

“We have that deficit this year, next year, and the following year. After that it goes up to $65 million per year,” said Clarke. “So, we want to make sure we can address those issues not only for UNM, but for the state.” 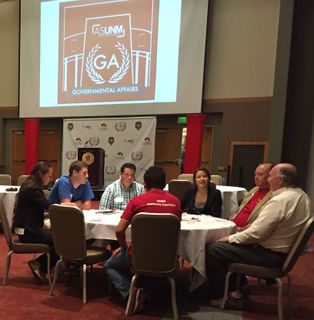 Clarke said a major point of contention between governing bodies has been whether the scholarship should be primarily needs, merit, or access based. ASUNM believes the program should be open to all New Mexico students who meet the current criteria, but not everyone feels the same way.

Clarke hopes this year’s summit can help break through some of the past differences so they can work toward making sure the scholarship stays financially feasible.

“The way we’re hoping to do that is to make sure liquor excise tax funding continues. That’s set to expire this year. We also want to make sure we explore new sources of revenue,” explained Clarke.

ASUNM plans to beef up its lobbying efforts in Santa Fe this year with the hope they can make a big impact during the legislative session. In the past, Clarke said they typically sent student lobbyists to the Roundhouse twice during the session. This year, they’re increasing that to twice a week.

The New Mexico Legislative Lottery Scholarship benefits an estimated 25,000 students across the state and covers about 93 percent of the tuition costs for each recipient at UNM.