The Associated Students of University of New Mexico’s (ASUNM) Southwest Film Center has plans to show a variety of films in partnership with organizations inside and outside of UNM, including El Centro de la Raza, The New Mexico Department of Health and more.

ASUNM SWFC has previously partnered with African American Student Services in showing The Last Black Man in San Francisco. For the rest of the semester, ASUNM SWFC will be partnering with different organizations within UNM’s campus and outside of it. 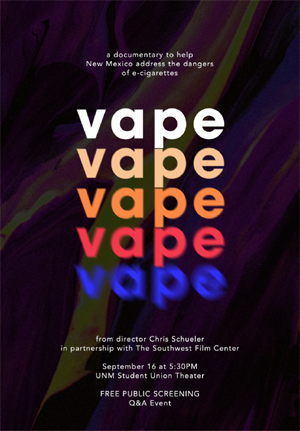 The showing will be on Sept. 16 at 5:30 p.m. This is a free public screening with a Q&A with the director after. 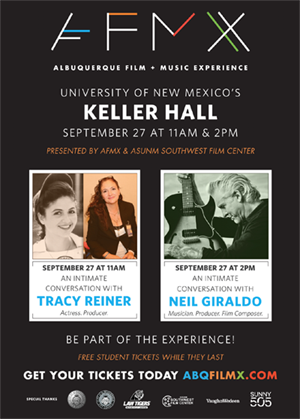 In partnership with Albuquerque Film and Music Experience, SWFC will be hosting Intimate Conversations with Tracy Reiner and Niel Giraldo on Sept. 27 in Keller Hall.

The 2 p.m. showing will feature an Intimate Conversation with Neil Giraldo. Giraldo is an American musician, record producer, arranger and songwriter. He has preformed, written and produced for many artists including Rick Derringer, Pat Benatar, John Waite, Rick Springfield, Kenny Loggins, Steve Forbert, The Del-Lords, Scott Kempner and Beth Hart.

There will be free student tickets while they last. Visit Albuquerque Film and Music Experience for tickets to Intimate Conversation with Tracy Reiner and Neil Giraldo

Tickets can be bought at the door. Students are $3, staff and faculty are $4, and the general public is $5. SWFC also offers semester passes. Student semester passes are $15 and general semester pass are $20. All these prices are valid with a Lobo ID. The SWFC accepts cash only.

The SWFC is located on the lower level of UNM’s Student Union Building and shows films weekly. For the full schedule, visit Fall 2019 Schedule.