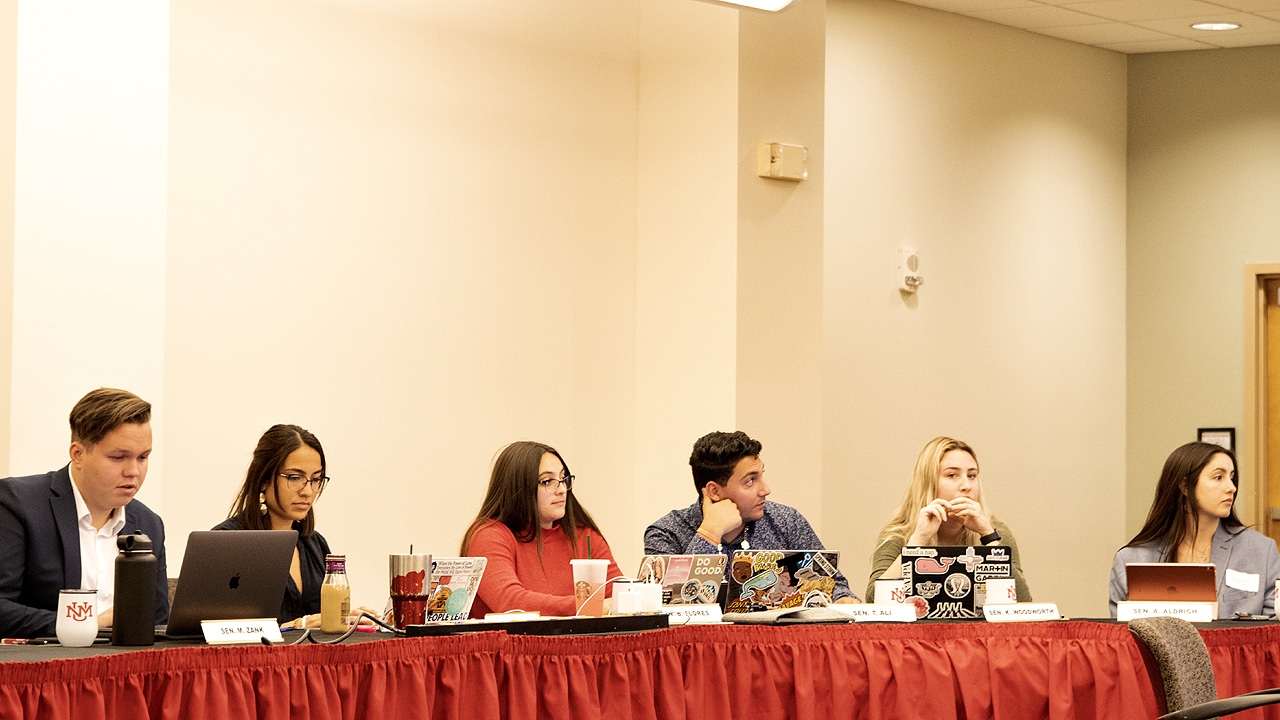 The Associated Students of the University of New Mexico (ASUNM) has released applications for Fall 2019 Senate Elections, which are due Oct. 21 by 5 p.m. in the ASUNM Office.

For the Fall 2019 Senatorial Election, there will be 10 positions available on the ballot. ASUNM Senators serve a vital role on campus as a voice for undergraduate students to administrators on campus.

“I think if you want to see a change on campus, then it is your duty to run for Senate so you can be a part of the solution,” says Todd Moe, Elections Commission executive director.

All candidates for the office of Senator must be an undergraduate student carrying at least six credit hours with a cumulative GPA of 2.5 and not be on any type of University probation. The only exception to having a 2.5 cumulative GPA is if the student does not have a GPA due to newly entering the University.

Senate application packets are due Oct. 21 by 5 p.m. in the ASUNM Office located in the Student Union Building Room 1016. Packets must be submitted in person. ASUNM will not accept any late applications.

The ASUNM Election Packet is available at the ASUNM Website or in the ASUNM Office located in the SUB Room 1016.