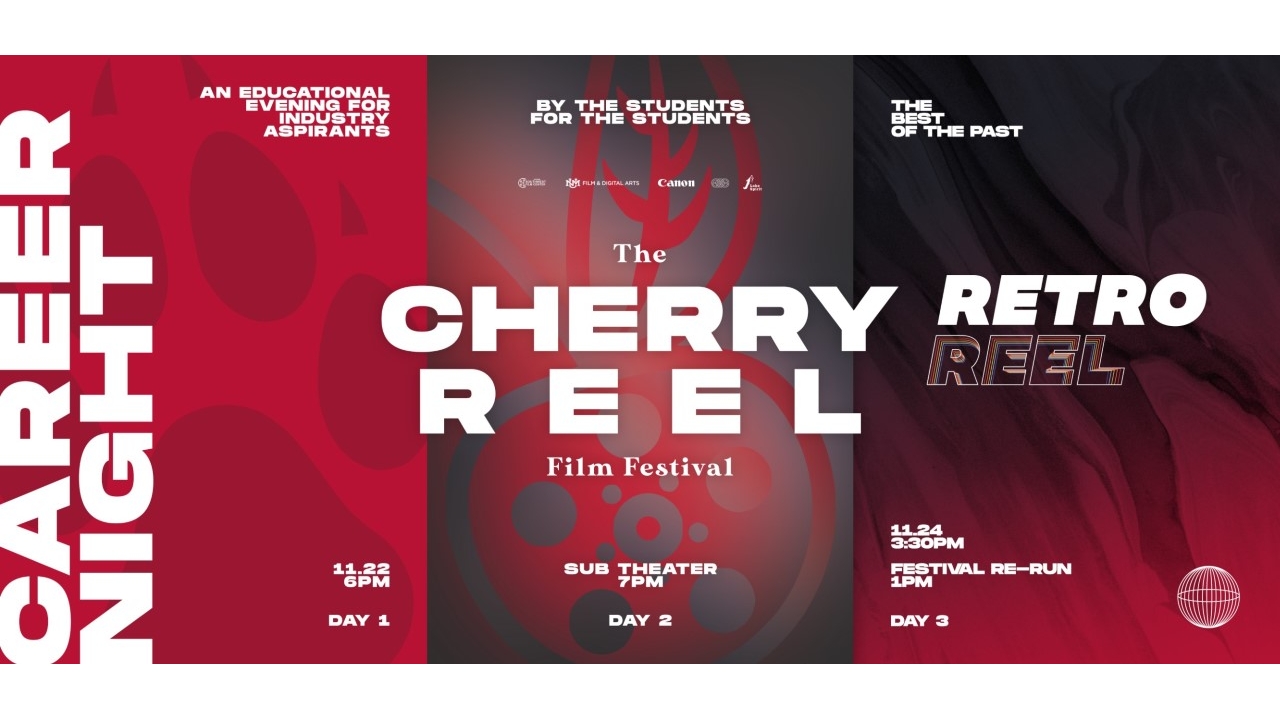 The Associated Students of UNM’s Southwest Film Center proudly announced that for the first time the Canon Sponsored Cherry Reel Student Film Festival will be expanding from a one-day event to a three-day festival including networking and an opportunity to showcase student films on Nov. 22 - 24.

Cherry Reel began in 2012 as a student-led opportunity to showcase undergraduate student films quickly finding its way into many students’ hearts. In prior years, Cherry Reel was a one-day event that showed a series of student films with a variety of prizes for the best films of the night. Presently, Cherry Reel is expanding to include a Career Night and a Cherry Reel Alumni Night in addition to this years’ showing of student films.

SWFC is kicking off the first night of Cherry Reel, Nov. 22, with Career Night. The career night will feature of panel of Film Industry Professionals featuring professionals from in front of the screen and behind the screen. This years’ panelists include the International Alliance of Theatrical Stage Employees (IATSE-480), the New Mexico Film and Theater Union, The Screen Actors Guild (SAG), Albuquerque Film Office, New Mexico Film Office and Directors Guild of America. Following the panel discussion, refreshments will be served in the SUB Atrium giving students the opportunity to talk to these professionals one-on-one.

Career Night is free for all and begins at 6 p.m. in the SUB Theatre.

Cherry Reel awards first place, second place, third place and student-choice. The grand prize this year is a Canon EOS R with a f4/24-105 mm lens kit with a retail value of over $2,500. Other prizes include microphones, tripods or an SD card.

The showing begins at 7 p.m. in the SUB Theatre and will be followed by a reception in the SUB Atrium. Tickets are $5 and are available at the door. SWFC accepts cash only.

Retro Reel, Nov. 24, will feature the best showings of the past and a re-showing of the 2019 Cherry Reel. The Re-showing will begin at 1 p.m. with Retro Reel beginning at 3:30 p.m. in the SUB Theatre. Tickets are $5 and are available at the door. SWFC accepts cash only.