Renowned New Mexico author Michael McGarrity will be speaking at the UNM-Gallup campus Thursday, March 28 from 6 – 7:30 p.m. The New York Times bestselling author and Santa Fe resident will visit the Zollinger Library to speak about his 25-year career in criminal justice, his second career as an award winning author and his most recent book “Residue.”

McGarrity turned to professional writing after a successful career in New Mexico law enforcement. Of note is the work he did in ensuring strong mental health services for the Department of Corrections after the devastating 1980 prison riot at the New Mexico Penitentiary. He also served as a Santa Fe County deputy sheriff and investigator for the Public Defender’s District Office. Additionally, he taught courses at the New Mexico Law Enforcement Academy. 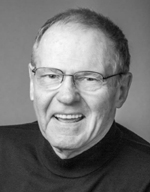 After turning to writing as a full-time career, McGarrity’s first book “Tularosa” was published in 1996 and introduced readers to law enforcement officer Kevin Kerney. Steeped in rich New Mexico history, McGarrity has published 16 novels over a 20 year timespan following Officer Kerney, who has become an admired literary character.

A prequel trilogy to “Tularosa” includes “Hard Country” (2012), “Backlands” (2014), and “The Last Ranch” (2016). The prequels follow the early days of the Kerney family and explore what inspired the protagonist to enter the law enforcement profession.

In a recent phone interview, McGarrity said, “This is the only prequel trilogy ever done. I knew I couldn’t do it in just one book and the next thing I knew, I had three books. The American west books follow the Kerney family history from the 1870’s through the end of the Vietnam War.”

When asked if his books are based on actual cases, McGarrity stated, “Some are partially based on real life happenings. Some have been borrowed from 25 years in the criminal justice field in Santa Fe. All have a basis in my love affair with New Mexico.”

McGarrity recently returned from the Tucson Festival of Books which is the third largest book festival in the country. “Every A-list author is invited to this conference at least once.  I am honored to have been invited six times.”

During the 1950’s another well-known New Mexican author, Tony Hillerman, was serving as assistant to The University of New Mexico President Tom Popejoy. At the same time, McGarrity was an undergraduate student writing for the UNM Daily Lobo. A friendship formed between the two which continued for many years. When “Tularosa” was published in 1996, Hillerman was asked to give an endorsement for the new book. Years later, the two partnered to help students at UNM.

“Tony Hillerman and I worked together to fully endow a scholarship at UNM. The Hillerman-McGarrity Creative Writing Scholarship is awarded each year to three creative writing students,” states McGarrity. “I am so proud that this legacy will live on long after I am gone. It is an honor to be associated with Tony Hillerman.”

Copies of McGarrity’s latest publication, “Residue” are available for purchase at the UNM-Gallup College Bookstore. The author will be signing copies of his book during the event and several copies will be given away as door prizes.