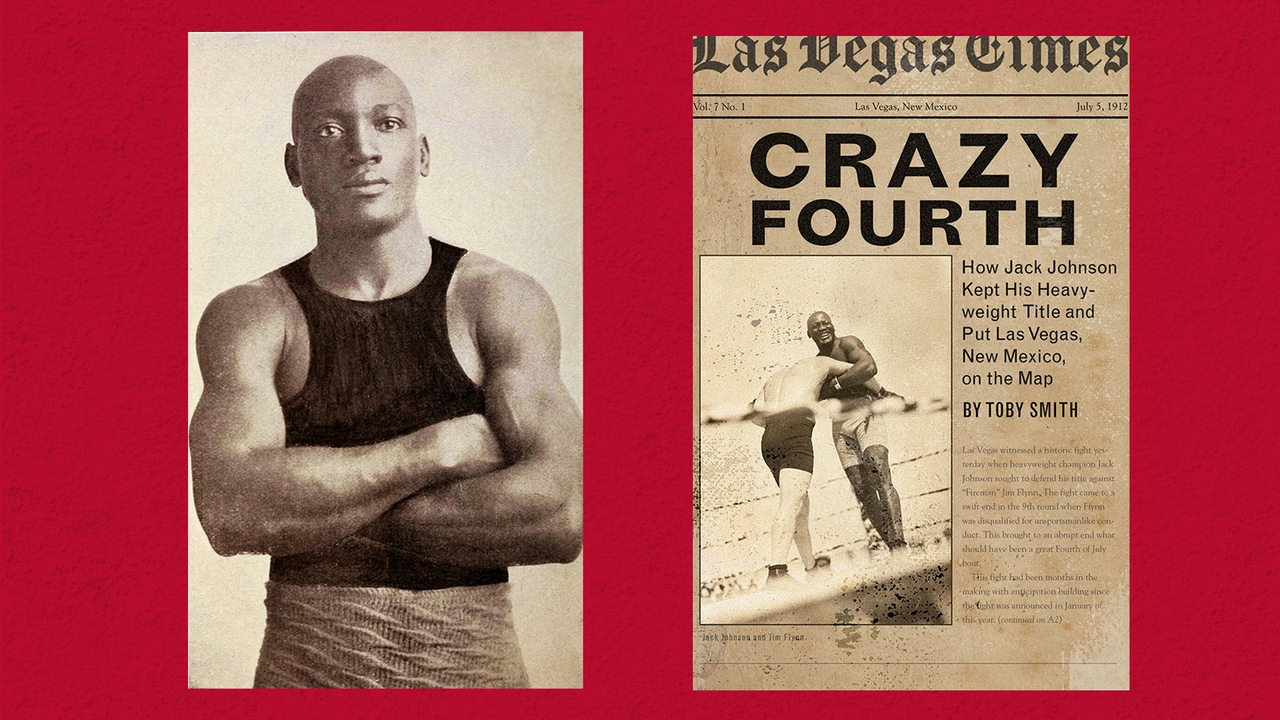 In 1912, Las Vegas businessmen bid $100,000 to host a prizefight that they hoped would bring national prestige to their town. But it was tiny Las Vegas, New Mexico, not the famous gambling capital in Nevada, that hosted the fight. The boxers were Black world heavyweight champion Jack Johnson and challenger “Fireman” Jim Flynn, a white boxer making his second attempt at the world heavyweight title.

Toby Smith, a former sportswriter for the Albuquerque Journal and teacher at UNM, has chronicled the historic fight in his new book, Crazy Fourth: How Jack Johnson Kept His Heavyweight Title and Put Las Vegas, New Mexico on the Map. Smith taught in the UNM Communications and Journalism Department for more than 10 years. Now retired, he still freelances occasionally. 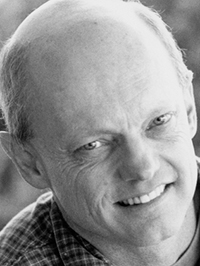 “I had known about the Johnson-Flynn fight in Las Vegas beginning in the late 1970s, maybe even earlier,” Smith explained. “Jack Johnson had become well-known in American boxing circles as far back as the 1880s. Johnson's goal in life was to become boxing's world heavyweight champion. He had to climb a difficult ladder to do this until he fought the great Jim Jeffries, an African-American fighter. “

In 1910, Johnson took on boxing great Jeffries. Fans at the Johnson-Jeffries fight in Reno yelled for Jeffries to "Kill the (racial slur)."

“When Johnson beat Jeffries, the world was shocked that a Black man had won. To keep his world crown Johnson agreed to fight Jim Flynn, a boxer he had already beaten severely in 1907.”

Johnson agreed to come to Las Vegas, N.M., and take on Flynn, a mediocre fighter from Colorado. Flynn became known as the Great White Hope, among the first of a number of white contenders who were billed as the hope of the white race to beat Black champions.

When Johnson and Flynn finally met in the boxing ring on July 4, 1912, nothing about the overhyped and greatly anticipated match went according to plan. Bad sportsmanship, police interference, and an abrupt conclusion all shaped an event that a newspaper reporter dubbed “one of the poorest exhibitions in the history of the ring.” A photo from the fight shows Johnson laughing as Flynn struggles against him in the ring.

Johnson’s life was complicated from living in an era of Jim Crow laws that enforced segregation. He was married several times, including to white women, and went to prison under the Mann Act, a law designed to combat forced prostitution, after an all-white jury convicted him.

Also, Smith explained, “More than a hundred years ago, numerous southern states did not want to see a Black man get in the ring against a white man. In the northern states, Black fighters were allowed.” The recently minted State of New Mexico had no laws forbidding the inter-racial fight.

“Jack Johnson should never be forgotten. He fought racism his entire life. He was sentenced to spend time at Leavenworth Penitentiary for breaking a law concocted only to put him in prison,” Smith noted.

Johnson, who loved to drive fast, died in an automobile accident in 1946. He was 68 years old.

Smith did most of his research for Crazy Fourth at the Zimmerman Library at UNM.

“I ordered rolls and rolls of microfilm from dozens of newspapers in 1912. I also looked at books that featured Johnson. Some of those books I owned and others obtained from various libraries,” he noted.

Crazy Fourth is available from University of New Mexico Press and other booksellers.

Smith is the author of several other books, including Bush League Boys: The Postwar Legends of Baseball in the American Southwest, a look at the defunct minor league teams of New Mexico and west Texas, also printed by University of New Mexico Press.

Editor's note: University Communication and Marketing (UCAM) has discovered several additional great story ideas in the development of 'Racism: An Educational Series' that help to illustrate the history of racism in the United States. 'Author Toby Smith chronicles historic New Mexico boxing match' is one such story. UCAM will publish these additional enlightening stories on Tuesdays as part of the series that runs normally on Fridays. Below is list of the stories in the series to date.