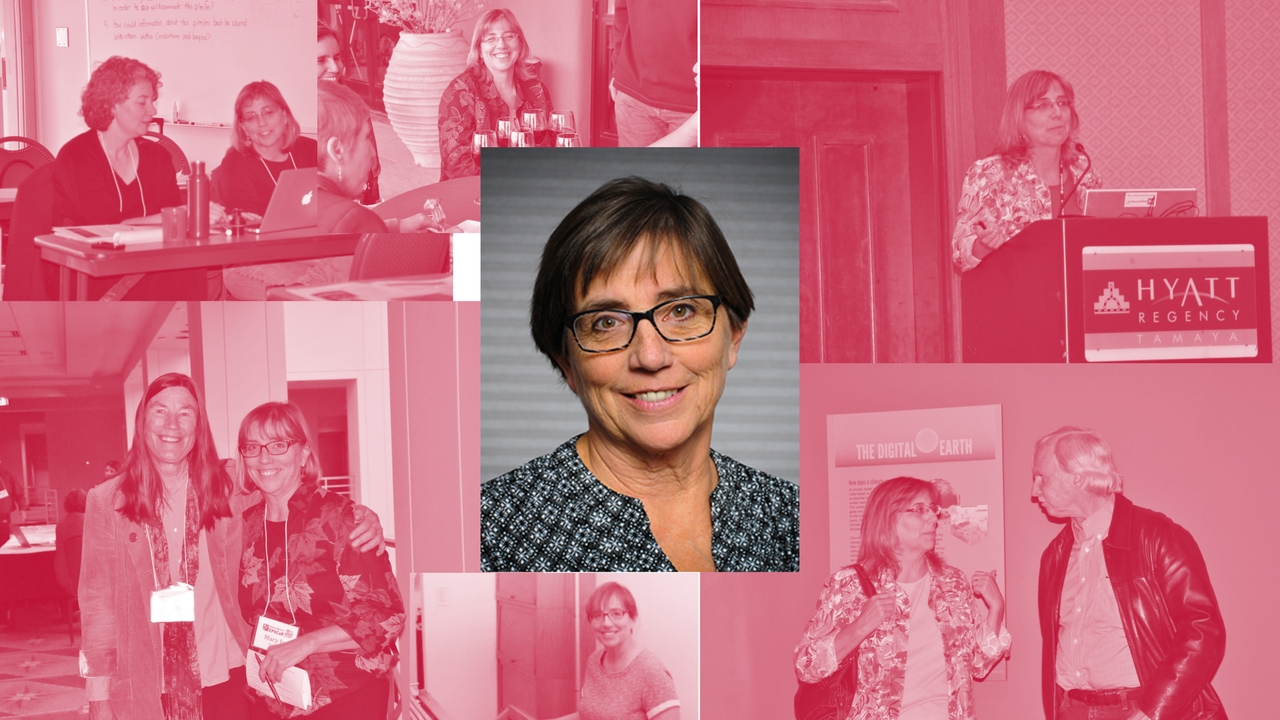 A 19-year-old’s curiosity to uncover the truths about how people – like you and me – learn, led Mary Jo Daniel to The Land of Enchantment where she’s spent the last 30 years, 13 of them at The University of New Mexico, dedicated to helping Lobos learn, discover, and pursue their passions in research and scholarship. She retires effective Dec. 1.

“Mary Jo’s presence in our office has been a complete game changer for UNM’s research enterprise.” – Ellen Fisher, UNM vice president for research

Daniel has worn several different hats over the span of 30 years as a middle school math and science teacher, state science consultant, program director, and her latest role as UNM’s associate vice president for research (AVPR).

“UNM researchers are incredibly creative in terms of the questions that they ask and the approaches they take,” Daniel said. “But most importantly our researchers recognize the difference their work can make by being at an institution like UNM, which serves a diverse and creative population of students.”

Growing up in Westborough, Mass., where it’s not uncommon for the locals to become small business owners, teachers, or work in the factories, after high school Daniel chose a scenery that was nothing like New England. She enrolled at St. John’s College, a liberal arts college, and moved to Santa Fe. Her new scenery included a vast desert, rolling hills, miles of mountain ranges, and a loaded menu of spicy cuisine at every stop in New Mexico.

“It was the beginning of the semester and I remember going out to eat with some other students who were locals. They took us to a traditional New Mexican restaurant, and I tried green chile for the first time,” Daniel said. “I thought my head was about to explode. I just remember trying to put the fire out with any drink within hand’s reach. It was definitely a culture shock, but just what I needed.” 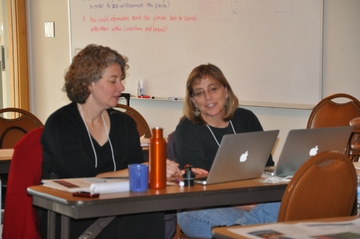 In 1982, Daniel graduated with a bachelor’s degree in liberal arts and earned a doctorate in multicultural teacher and childhood education from UNM in 2005. After years of working as a math and science teacher for Albuquerque Public Schools, a state science consultant, and math and science bureau chief for the New Mexico Public Education Department, Daniel eventually accepted a position as associate director of New Mexico EPSCoR, housed at UNM. As associate director, Daniel managed more than $40 million in external grants and was responsible for the initiation of the New Mexico Research Symposium.

“We needed something that allowed students a place to showcase their work. We partnered with the New Mexico Academy of Science to make it happen and it’s gone on every year since 2013,” she said.

Being the associate director of New Mexico EPSCoR unlocked the possibility to stay at UNM, and within a few years, she was tasked with creating what’s now known as the UNM Faculty Research Development Office (FRDO) – a unit under the Office of the Vice President for Research (OVPR).

"When Mary Jo arrived in 2015, it was just her and I. She had a vision as to how we could reshape the department in ways that would help maximize our ability to support UNM faculty, staff, and students in their research endeavors. Currently, we are a flourishing team of 10 professionals," said Monica Fishel, FRDO associate director. "Mary Jo is one of the most approachable people you will ever meet and maintains a sense of humor. She has been a role model to me. She helped broaden my perspective and under her leadership, I found I was able to grow with confidence, knowing I could rely on her for guidance and support should I need it."

“UNM researchers are incredibly creative in terms of the questions that they ask and the approaches they take.” – Mary Jo Daniel, UNM associate vice president for research

Her colleagues all agree that Daniel is an engine of creative ideas and innovations that she often passes along, requiring zero acknowledgment. Fellow Lobos say, “that’s just who Mary Jo is.” During her time as FRDO director, Daniel’s networking led her to the idea of bringing together researchers from around The University to tackle a unified topic. She presented the idea to former VPR Gabriel López, and that seed soon grew into President Garnett Stokes’s UNM Grand Challenges.

“We knew it needed to be a presidential initiative to be able to persist and gain visibility,” Daniel said. “The initial design has had many successes and it set the stage for an even more effective approach that VPR Ellen Fisher has re-imagined.”

In 2020, Daniel would become associate VPR. Within the last three years, she’s worked through a global pandemic, finding creative ways to continue to work toward UNM’s research mission, while keeping student, staff, and faculty researchers safe. Most recently, she led a team of research administrators, IT staff, and other members of the OVPR to a successful implementation and launch of a new electronic research administration system, Streamlyne. 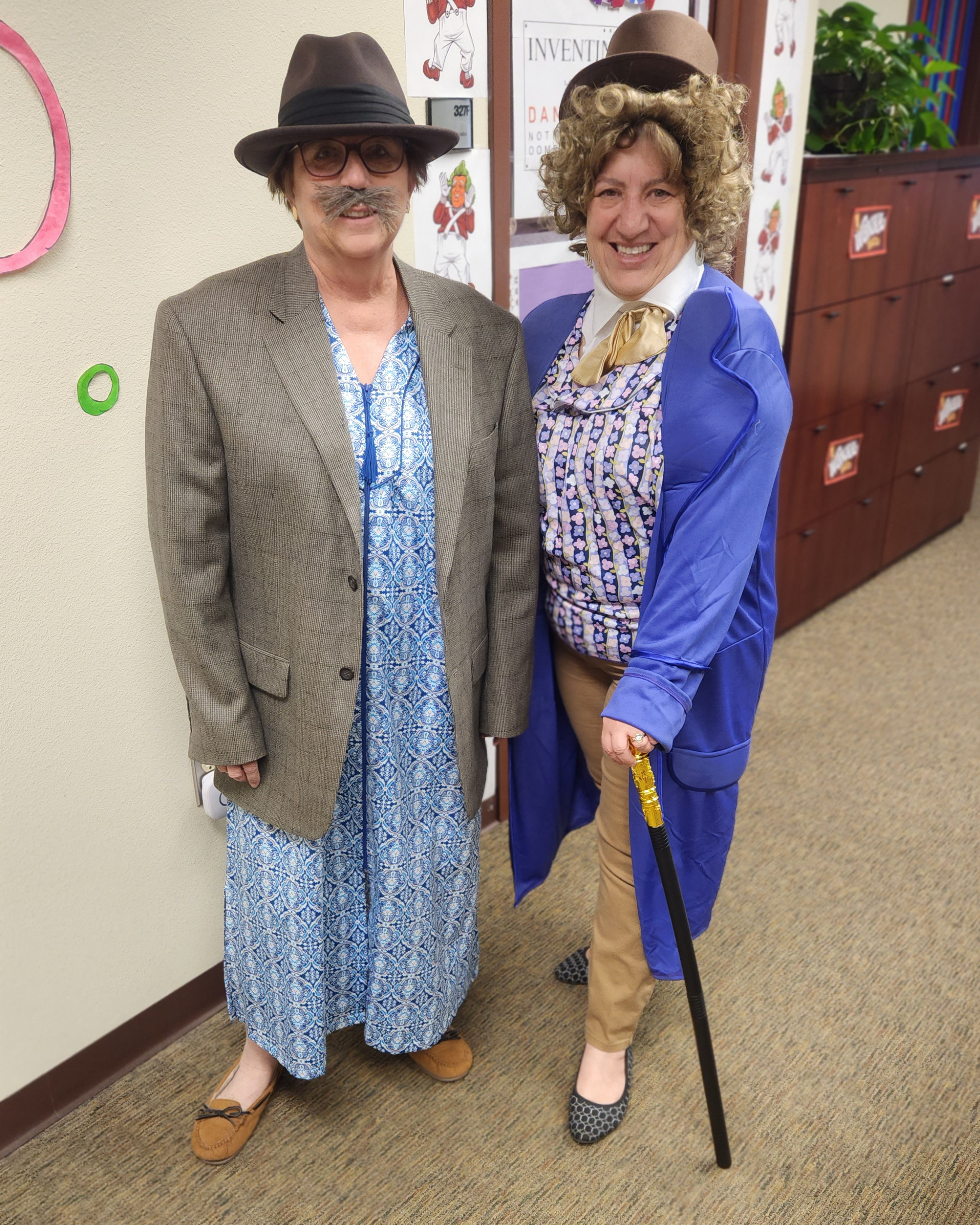 “Mary Jo’s presence in our office has been a complete game changer for UNM’s research enterprise,” Vice President for Research Ellen Fisher said. “She has a unique ability to see the entire landscape of the research enterprise, from administration and compliance to faculty and student creativity and passion. Her ability to weave all of it into a holistic approach to help build a sustainable research enterprise at UNM will be sorely missed.”

“For me, research means working systemically to figure out how the world around us works,” she said. “What matters is that we’re doing it in a way that impacts people living around the globe. We want to be able to use new understandings to make our lives and the world a better place.”

Although Daniel is retiring from UNM in December, she has no plans to leave New Mexico.

“I love it here and I’ve made so many connections,” Daniel said. “I’ve been a weaver for 35 years and every year I participate at the New Mexico State Fair.”

And there’s no longer a question when it comes to, red or green.

“Green, oh yeah,” she said. “My enjoyment of it is a lot higher too, compared to when I was in college.”

Tags: The Office of the Vice President for Research OVPR