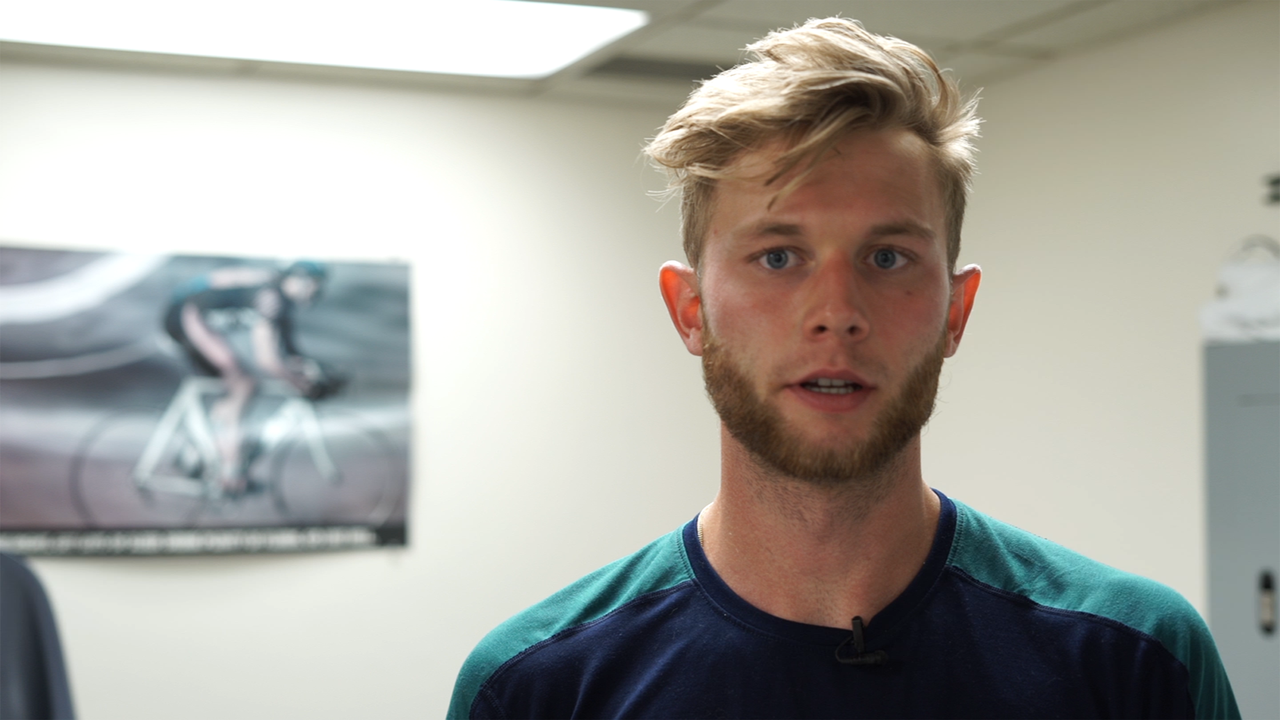 In less than 24 hours the 2021 Tokyo Olympic Games will begin and athletes from across the globe will compete at the highest level, including former Lobo runner Josh Kerr. To prepare for weather conditions in Tokyo, Kerr turned to The University of New Mexico's Exercise Physiology Lab to help him train.

The lab has an environmental chamber that is capable of simulating both hot and humid environmental conditions; lab Director Dr. Christine Mermier said the chamber was originally built as part of a research study looking at ways to cool military personnel working in the field in hot conditions. Treadmills, exercise bikes, and even wild-land fire-fighting equipment can be used inside the chamber to simulate work in these types of adverse environments. 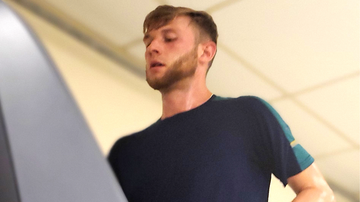 “My nutritionist was looking for somewhere that can mimic the temperatures we’re going to be seeing in Tokyo,” Kerr said. “Everyone at the Exercise Lab has been so open and accommodating to me training here. It’s going to make a massive difference to me, so that when I get there I have some kind of idea of what temperatures to expect, plus the humidity, that we don’t really see here in New Mexico.”

“Working with elite athletes is always a rewarding and remarkable experience for our faculty and lab personnel,” Dr. Mermier said. “As with any high-level performance, we believe that the differences are found in the details. Any small competitive advantage could be the difference between a first and second place finish.”

Dr. Mermier said it typically takes around 10 days of prolonged exercise in hot conditions to increase thermal tolerance and endurance capacity in the heat; a process known as heat acclimation or acclimatization.

“Josh already regularly exercises at high intensities in the heat, so we believe he is likely heat acclimatized. However, the psychological preparation for big race events is arguably as important as physical preparation, especially in light of the uncertainties caused by the COVID pandemic,” she said. “Therefore, to help Josh’s mental preparation, it was great training to help mimic the environmental conditions that he will likely encounter in Tokyo for his races.”

Kerr graduated last year from UNM with a bachelor’s degree in Communication and Journalism and he’s on his way to receive a master’s degree in business. As an undergrad, Kerr competed for three years as a Lobo athlete.

“UNM has an array of fantastic sporting teams and that shows with how many athletes we’re sending to Tokyo,” he said.

Kerr will represent the U.K. after qualifying in the 1,500-meter race that averages out to about 3 minutes and 30 seconds.

"Although my race isn’t too long, it’s all about being able to navigate the process that happens before you get to the starting line and being able to keep your body in the right temperature,” Kerr said. “This is a big dream come true for me. This last year was a rough one for everyone, but I’ve been working toward these Olympics for a very long time, and with it being pushed an extra year, feels like all I’ve been doing is waiting to get on that plane.”

In total, 10 former and current Lobos will represent at the 2021 Tokyo Olympic Games.