The leadership change was prompted by the departure of Dana Allen, who recently accepted a position at UC Davis.

“I am so pleased that Connie will be our interim vice president of Alumni Relations,” President Stokes said. “As a lifelong New Mexican and two-time UNM alumna, she has dedicated her career to public service, including heading our Office of Government and Community Relations for the past several years. Her energy and ability to connect people to their passions will be a valuable asset to our alumni and the University.” 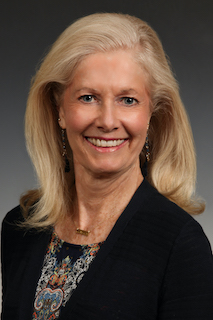 For 15 years Beimer has worked for the University, most recently as the director for the Office of Government and Community Relations. She has a bachelor’s degree in recreation and a master’s in public administration – both from UNM.

“I welcome this opportunity to proudly serve as the interim vice president for Alumni Relations,” Beimer said. “UNM alumni, more than 200,000 of us since 1889, are a valuable resource in building this terrific institution. I look forward to working with our alums and our UNM community to grow our university and provide even greater opportunities for our graduates and to celebrate their accomplishments.”

She was selected by CBS This Morning as one of three Best Bosses in America. She appeared in the network’s national telecast highlighting her accomplishments and management style. Beimer is also a recipient of the Outstanding Women of New Mexico award.

She served as former president of the NM BioPark Society board of directors. Throughout her career, Beimer has also served as president for a number of organizations including New Mexico First, Junior League of Albuquerque and the New Mexico 4-H Foundation. Beimer is also a nationally elected board member of Senior Service America Inc.

Prior to joining the University, Beimer served as the deputy chief of staff in the governor’s office, deputy chief administrative officer for the City of Albuquerque and as the director of the Cultural Services Department.

Beimer and her husband, Rodger, live in Albuquerque with their 8-year-old Sheltie, Teddy.