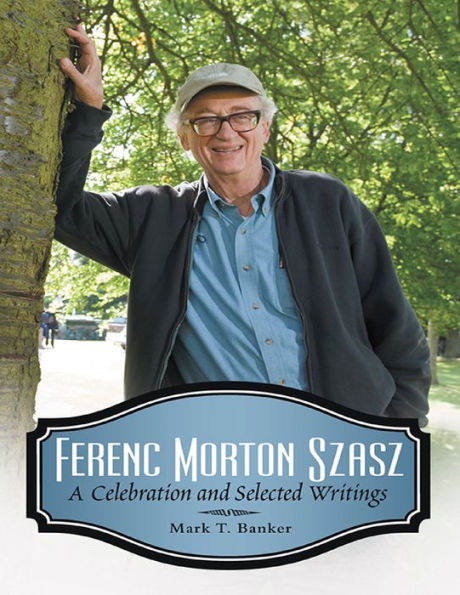 “Ferenc Morton Szasz: A celebration and selected writings” was edited by Mark T. Banker, a former student of Szasz’s who graduated from UNM with his Ph.D. in 1983. The idea was hatched by a Western History Association panel discussion dedicated to the memory of Szasz in 2012. Assisted by several students, the book took years for Banker to research and compile.

Banker, now a resident of Knoxville Tenn., is driving cross-country to hold book signings and discussions honoring Szasz, several of which are taking place in Albuquerque.

“Ferenc taught for more than four decades at UNM on a wide variety of topics, and I think this book really does honor to his memory and the memories of all those he wrote about,” said Margaret Connell-Szasz, his wife and colleague in the history department. “It means a great deal to me to have this culmination of his work memorialized.”

Szasz joined the UNM Department of History in 1968 and earned a Ph.D. in history from the University of Rochester the following year. His scholarship included American intellectual history, American religious history, religion in the American West, early atomic age, the "old" social and intellectual history, especially dealing with the impact of Scotland on the West.

He taught U.S. history survey courses, the history of World War II, and a number of undergraduate and graduate seminars. During the 1985-86 academic year Szasz was the Fulbright Professor of American Studies at the University of Exeter in the United Kingdom, where, in addition to his university duties, he lectured extensively throughout Scotland, England and Wales.

In 1985 Szasz received an "Outstanding Teacher of the Year" award and during his 43 years of teaching he had more than 20,000 students.