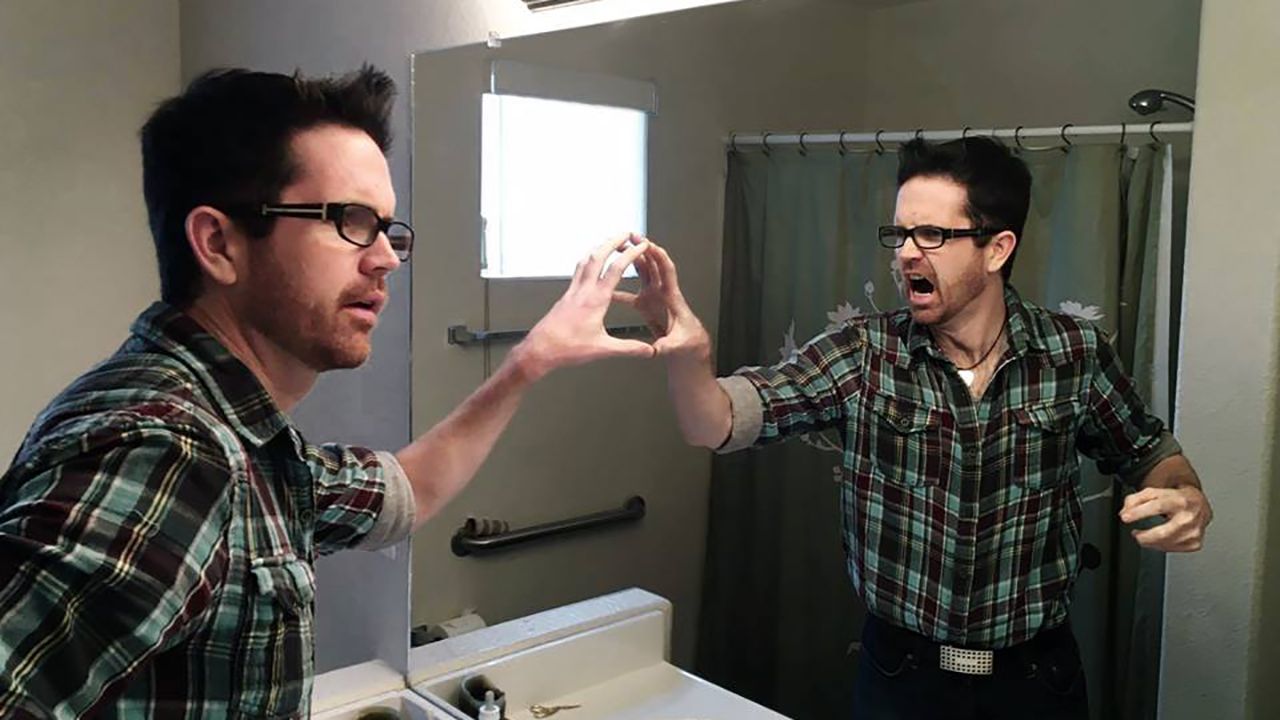 The point of the podcast is to help people realize mathematics is a subject everyone can study and understand. 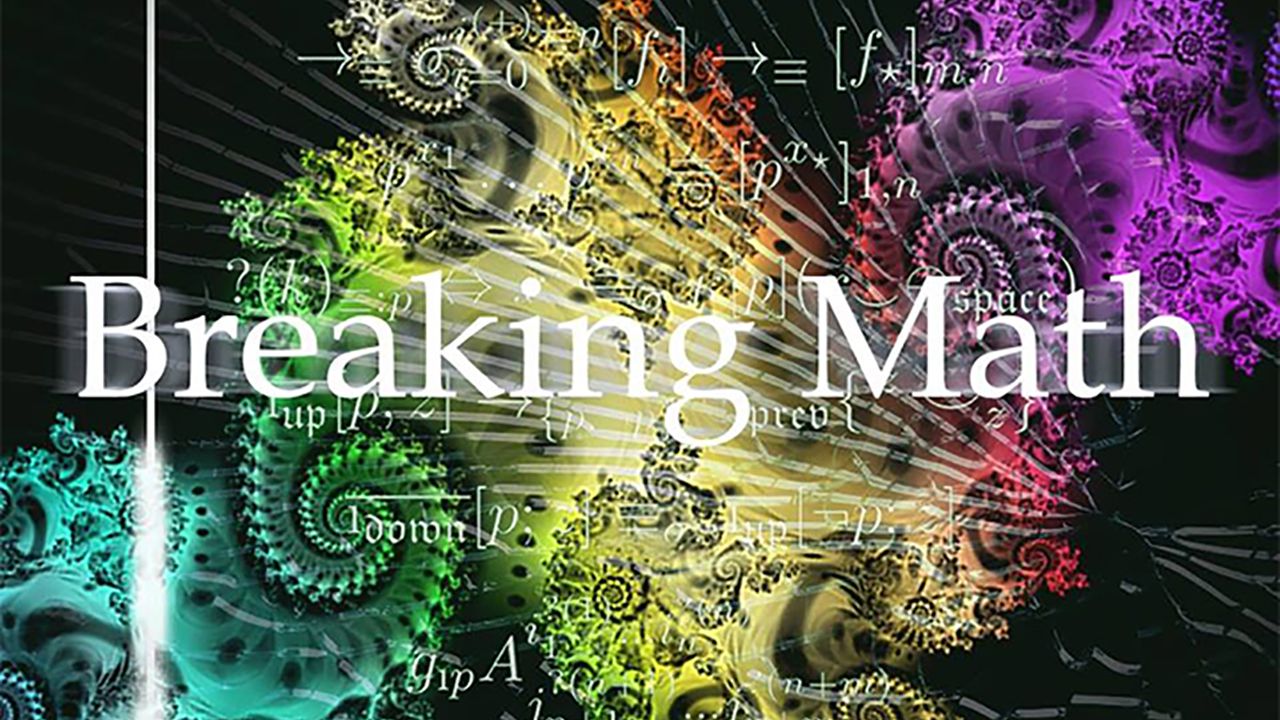 A new podcast is taking complex mathematical topics and breaking them down for people to undersdand. 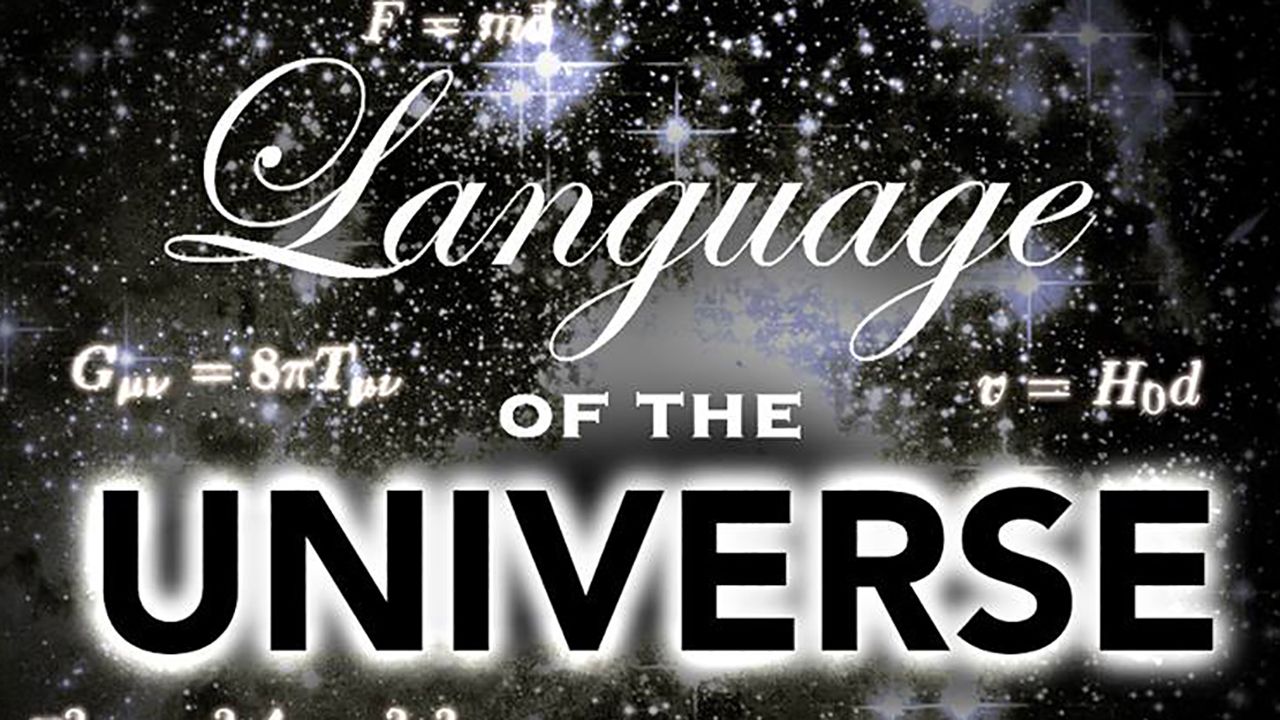 The hosts of Breaking Math use visuals like apps and pictures to help guide their listeners.

Their website claims the “Breaking Math” podcast breaks down difficult mathematical concepts for all to understand. But spend just two minutes with hosts Jonathan Baca and Gabriel Hesch, and it’s clear their passion for teaching reaches far beyond the microphone.

“I haven’t spoken to any adult who would deny that education is paramount,” Hesch said. “The human struggle is a struggle to understand your environment and once you understand it, that’s power.” 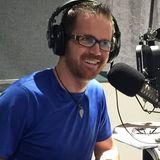 Gabriel Hesch is a graduate student at UNM

Hesch, an electrical engineer graduate student at The University of New Mexico, taught middle school science and math before deciding to go for his master’s degree. He says his heart remains in the classroom – but the podcast provides a better platform for his creativity-based teaching style. He serendipitously met Baca while trying to learn computer programming.

Baca, a UNM computer science graduate, offered to tutor Hesch while the two were sitting next to each other in the SUB. They quickly bonded over their mutual love of all things science and math, and their addiction to reaching the elusive “ah-ha!” moment.

“His ability to explain concepts and my willingness to understand them have led to many ‘ah-ha!’ moments,” Hesch said. “So many, in fact, that we now like to sit around and talk about our favorite ‘ah-ha!’ moments. That’s when we decided to do a podcast about them.”

That was in August of 2016. The idea blossomed, and soon became a reality thanks to the support of KUNM’s partnership with NPR’s “Generation Listen” program. “Generation Listen” is an initiative that encourages conversation between curious minds, and uses public radio stations from across the country as it’s means to connect people. Since then, it’s spread to all major podcast players, including iTunes, Google Play, Stitcher and Soundcloud; and already has thousands of downloads in nearly four dozen countries.

For Hesch and Baca, it’s become a space to explore the unfathomable, and find mathematical ways to prove possibilities.

“Take dimensional space, for example,” Hesch explained. “If you could see in four dimensions, you could see all of your insides, all of your outsides, your guts and everything. If a surgeon was working in the fourth spatial dimension, they could operate on your appendix without even cutting into you. We are not able to fathom that, but it is mathematically correct.”

“There are times, especially when a mathematician is tired, when they can just glimpse the fourth dimension,” Baca added. “It’s bizarre, but that’s all they can do.”

The two recognize that their work attracts mostly those interested in very specific conceptual thought patterns, but they hope to also engage listeners who are barely scratching the surface of higher education. Right now, the podcast airs bi-weekly, however the duo is already working to expand their audience beyond the airwaves and into wider social circles.

“One of the limitations of the podcast, we quickly realized, is that if you only have an audio medium you miss an opportunity to engage visual learners,” Hesch said. “A picture is worth a thousand words.” 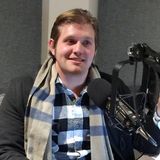 Jonathan Baca is a graduate of the UNM Computer Science program

Every podcast has a photoshop series that goes with it, which gives audience members a visual representation of what’s in the podcast. Baca’s impressive mastery of photo-editing programs is evident in the visually engaging apps pictures, graphs and videos that accompany each podcast on the “Breaking Math” blog. The visuals are a way to solidify concepts discussed on the show, and to also intrigue new audience members.

“Our target audience right now are people who love to learn,” Baca said. “And also, people who have the potential to want to learn.”

“We want to reach people who have a love for some sort of knowledge, in an effort to expose them specifically to mathematical knowledge.”

To do that, they are reaching out to all corners of the university-- inviting a wide variety of guests to join them in the studio. Their dream is to bring together professors, graduate students undergraduate students and members of the community to bring their perspective to the show. Those interested in getting involved can drop the two an email or Facebook message.

Hesch and Baca maintain that math is the foundation of the world, and think it is a pivotal way to draw people’s interest to higher education. They say in the current economic climate, which shows a downturn in STEM career-seeking students, utilizing technology like podcasts, photo-editing, video and social media might be way to reignite passion in science and math vocations.

“Mathematics can be found in literally everything,” Baca said. “And is the best way of understanding anything.”