In recognition of their academic success and campus leadership, eight University of New Mexico students were named Clauve Outstanding Seniors for 2018. 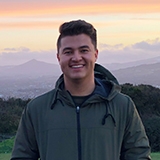 Noah Brooks’ easy-going grin is most closely associate with the title of ASUNM Student Body President. However, the Economics major is also a pillar in the Alpha Tau Omega fraternity and an avid volunteer – often seen at events like Spring Storm, LoboTHON, Greek Week and Fall Frenzy. In his senior year, he’s served on the Student Union Building Board, the Sexual Assault Awareness Month Advisory Committee, the Board of Regents Budget Leadership Team and the UNM Alumni Board of Directors. In addition, he’s completed several internships with Sandia National Labs. 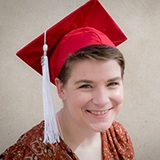 Empowering, outspoken, fierce advocate – these are the words colleagues use to describe Hallie Brown. The International Studies and Sociology major grew up in a rural New Mexico community before attending UNM. She immediately became immersed in her Santa Clara dorm life – was elected to the community association during the first week and within a year had become a Resident Advisor. Her aim was to create an inclusive environment for students, and she achieved that not only through being an R.A., but through partaking in the Emerging Lobo Leaders program and becoming an ASUNM Senator. She was a co-director of the Nourish International UNM Chapter, is a member of the National Honor Society and the Mortar Board Senior Honor Society. In addition to excelling in her studies, she’s travelled to South Africa and Mexico to explore research interests. Hallie aspires to complete her PhD in Sociology and pursue a career in academia.

“Through being a strong advocate for various different campus communities, I know my heart lies in advocacy work and my campus involvement made me realize this.” 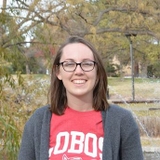 Her strong leadership style, ability to listen and confidence inspire both students and staff, and as a Regent Scholar, Sara Collins came to UNM from California. She became involved in the campus community soon after arriving, joining the Community Association, becoming a New Student Oreintation Leader and eventually was nominated as the ASUNM Attorney General – which interprets the Constitution and Law Book while advising the President. Superiors say one of the reasons she was so successful at UNM was because of her level of honesty and the integrity in which she handled situations. That reputation eventually led her to become the ASUNM Chief Justice. She also directed the recent successful proposal to bring a taproom to campus, attending countless meetings with numerous committees in order to see her efforts come to fruition later this year. It’s only one of the many examples of leadership, dedication, initiative and cooperation she displays on a daily basis. Upon graduation, the Sign Language Interpreting major hopes to work at Gallaudet University in Washington D.C.

“Using my position as a leader to encourage involvement from others and see their passion grow and shape the direction of The University has reaffirmed my commitment to the importance of involvement in whatever spheres we belong to.” 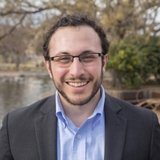 From Albuquerque, to Washington D.C., to Santiago, Chile – Gabe Gallegos’ passion for politics, aptitude for communicating, and ambition for bettering the world has many corners of the globe. Originally from Las Cruces, he ca to UNM to study Strategic Communication and Political Science. Both field came in handy when he was nominated as the ASUNM Communications Director. He says in that role, he not only felt most at home – but also learned lessons that have carried him forward in his professional career. He worked as an intern for the Department of State in Washington D.C., and also in Chile. In addition, he has consulted on multiple municipal and state elections. All the while, he has maintained his dedication to bettering UNM, through efforts such as the “Two Sides to Every Story” campaign which opened a conversation about student homelessness. Graduating in May, he’s already secured a fulltime position as a communications specialist at Griffin & Associates, where he has been working as a junior employee for the last year.

Being UNM Involved became so much less about me – it became about making UNM a better place for those that came after us. Now on my way out, it’s incredibly humbling and valuable for me to look back and see the small contributions I made on campus and my own personal growth because of those contributions.” 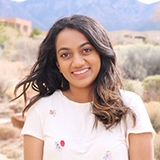 As a first generation immigrant of Indian parents, Afra Hussain knows the importance of community support in new environments. She credits her parents, friends and community with her success as a student at UNM. While attaining her degree in biochemistry, she also worked with the UNM Impact: Women’s Leadership & Mentorship program – meeting with her mentee weekly to help develop skills for success. She also was a member of the UNM Refugee Well-being program, mentoring a Pakistani family and passing on the same kind of support and encouragement she saw her parents receive when first coming to the U.S. She advocates her field of study to potential and current students, organizing a group of students with STEM majors. The group works with high schools and community organizations to raise awareness of STEM careers. Because of her involvement with the UNM community, she got involved with healthcare work through volunteering at medical clinics in the South Valley where she finds her passion for advocacy is put to good use.

“The true value of one’s campus/community involvement and leadership is not something that can be learned from the pages of a textbook, rather it is something that is felt from the people you meet and the projects you take part in.” 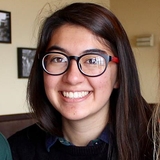 As a chemical engineering student, Maria Kelly used her time at The University of New Mexico to encourage other young women to get involved in STEM fields. She was active in student organizations like the American Institute of Chemical Engineers, Tau Beta Pi Honor Society and President of the UNM Society of Women Engineers (SWE). As part of her work with UNM SWE, she organized an outreach event that partnered with the Girl Scouts of New Mexico. The event exposed young women to chemical, electrical, nuclear and mechanical engineering through hands-on learning. She says she immediately found a community and support system when coming to UNM, and hopes the same sense of belonging can capture other young women. In addition to her studies, she’s succeeded at internships at Sandia Labs – including publishing three peer-reviewed papers and four conference presentations. Upon graduation, she has already secured a job with an engineering firm. 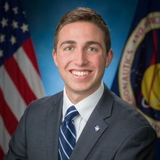 Confidence, community and ambition are the words Noah Michelson uses to describe himself, and people who work with him agree. He shed his quiet demeanor early on, to become a New Student Orientation Leader. His ability to create community is evident in the network he developed while serving as the ASUNM Director of Communications. And his confidence in his abilities landed him an internship and subsequent communications job at NASA. The Journalism and Mass Communication major was also an instrumental leader of his fraternity Alpha Tau Omega, and excelled in roles as an Emerging Lobo Leader, along with volunteering for LoboTHON, SUB Late Night Dinner, and ASUNM.

“Campus and community involvement has meant everything to my development because it has given me the opportunity to meet transformational leaders, work with them, learn from them, and do my best to take the lessons learned from them and apply them to my life. I am the sum of the people I surround myself with, and being involved has introduced me to people who have changed my life.” 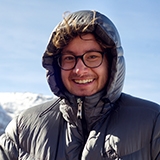 Although Jesse Yelvington doesn’t think of himself as a public servant, his work history and colleagues share a different story. His resume covers several pages of community service activity, including work with the Santa Fe Mountain Center – Gender and Sexualities Alliance in Tesuque, the LGBTQ Resource Center at UNM and the Queer Straight Alliance. He also helped organize QSA Drag and Performance festivals, which drew in hundreds of people. In addition to his volunteer and community activism, he was an active member in the Lobo Slam Team – performing slam poetry and organizing competitions to prepare presenters for the national stage. He also dedicated many hours to making the campus environment more welcoming and efficient, through his work at the Zimmerman Library, Res Talks and Recreational Services.

“Community involvement is about echoing a person’s humanity back at them. It’s about undermining and breaking down oppressive structures through using privilege and advocating for those around us.”