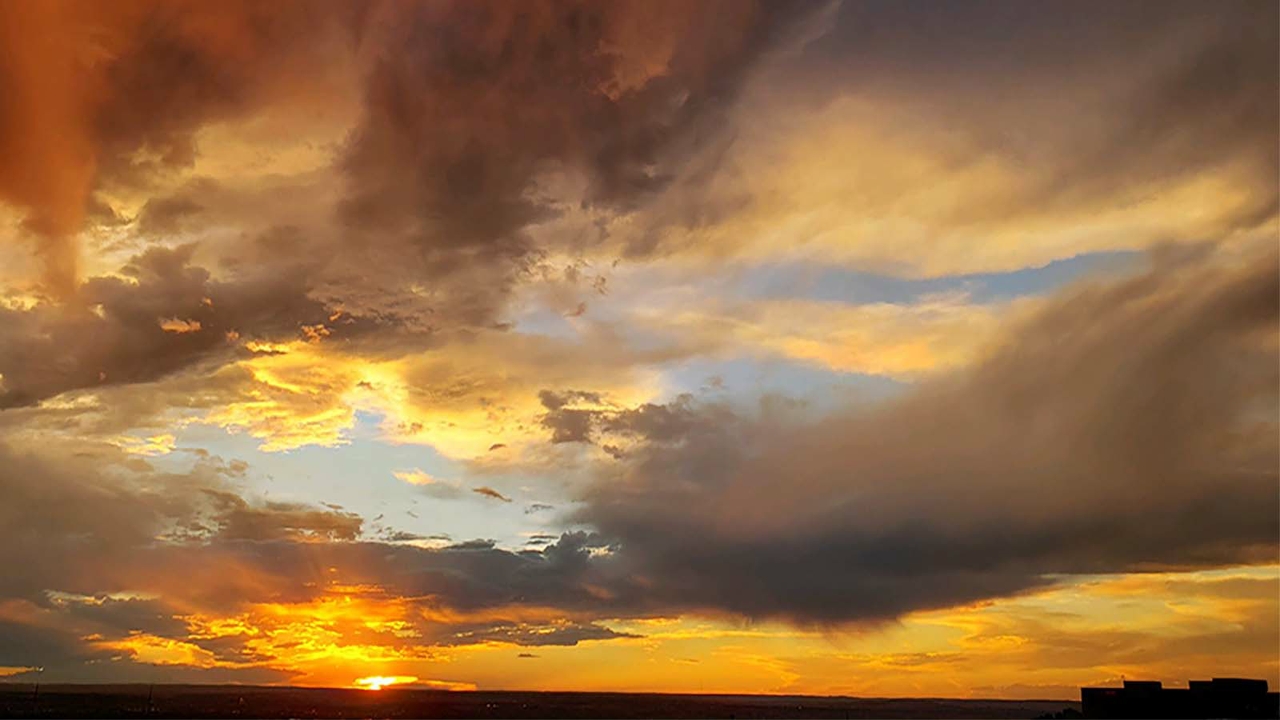 Guillermo Terrén-Serrano, a Ph.D. candidate in the Electrical and Computer Engineering (ECE) Department of The University of New Mexico (UNM), has designed a new way for solar forecasters to predict future cloud cover.

“I think that this work might have an impact in energy forecasting which is very important right now and will continue to be very important in the future,” Martínez-Ramón said. 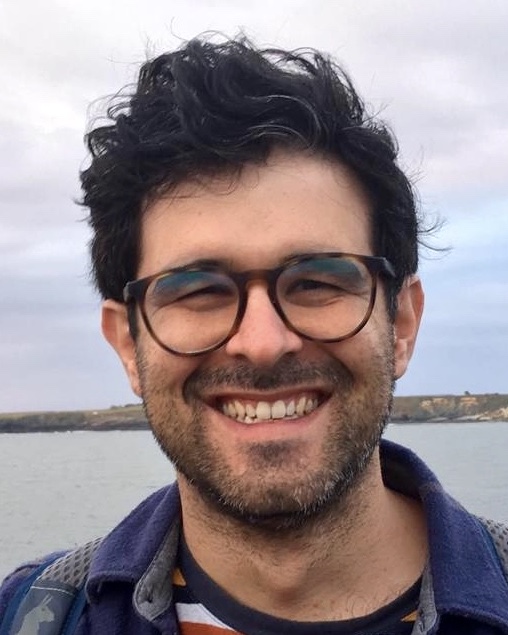 “The grid operators are limiting the ramp rates, [or] the drops in the energy you can send through the transmission lines. So, if there is a drop in your ramp rate, they are going to cancel you and not allow you to connect to the grids,” Terrén-Serrano explained.

To solve this problem, Terrén-Serrano designed an end-to-end system to predict future cloud cover known as a clear sky index. By knowing when clouds will be obscuring the sun, providers can use batteries to compensate for the drop in solar energy, ensuring a steady energy load. This will prevent drops in their ramp rates and eliminate the possibility they will be barred from the power grid for violating ramp rate guidelines.

“What we are trying to do is increase renewable resources [by making it] possible for PV (photovoltaic) operators to connect their plants to the power grids without violating their ramp rates and without the risk of being unplugged,” Terrén-Serrano noted. 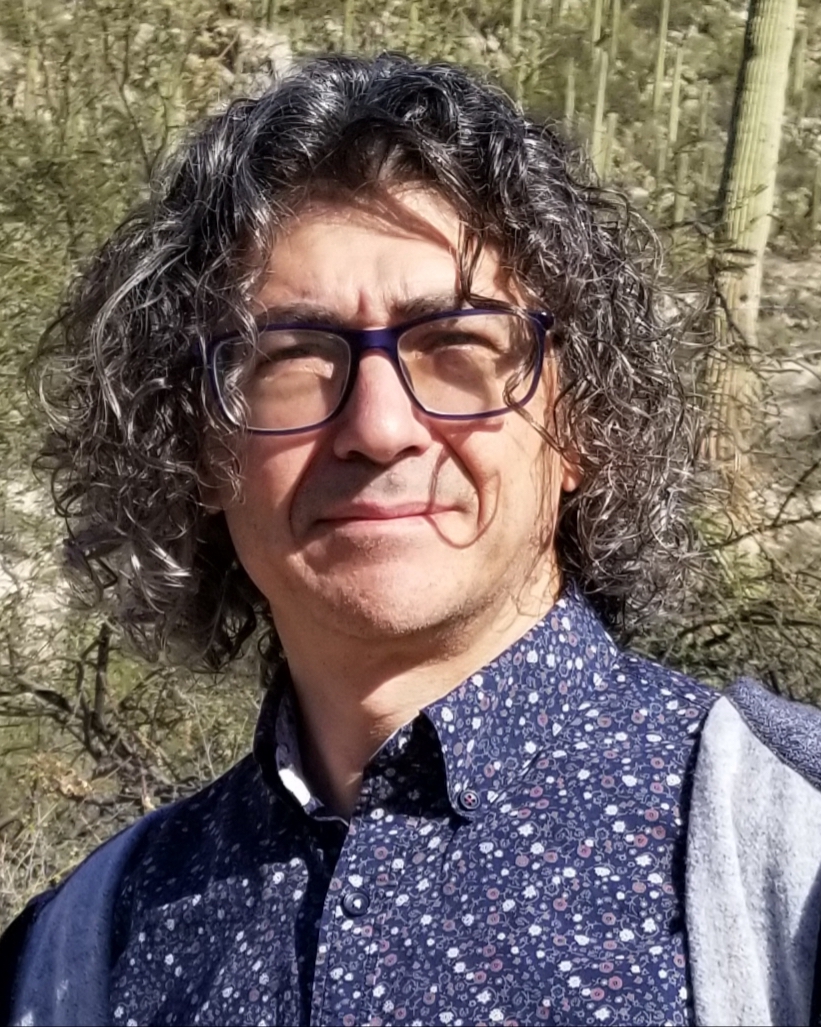 “This creates a lot of problems, and we talk about this in the papers,” Terrén-Serrano said.

“We want to get rid of the concept of black box in solar forecasting. By black box we mean the use of an already published technique, applied to the problem at hand, without modification or interpretation of the behavior of the machine in terms of the solar forecasting process,” Martínez-Ramón qualified.

This utilization of machine learning instead of end-to-end learning is very important, according to Terrén-Serrano. Their system, which he calls “Image Understanding,” is based on a sequence of images taken by a camera that follows the sun throughout the day. The machine learning algorithms he created, then analyzes the pictures to chart what is happening with the clouds. The result is solar forecasting of future cloud cover based on this analysis.

For example, on a cloudy afternoon sky, the clouds in the distance look like they are barely moving, while the clouds that are near appear to move much faster. But this appearance is deceptive because it is based on our perspective. In actuality, the clouds in the distance are moving quite fast. One of the key components of Terrén-Serrano’s new system is that it analyzes each picture taken of the cloud formations pixel by pixel, obtains an accurate dimension of each pixel, and determines the actual velocity of the cloud formation. Martínez-Ramón explained what Terrén-Serrano created “is a methodology to undo the perspective so all the clouds [in the transformed image] are moving at the real speed.”

Martínez-Ramón continued, “It is of notable importance that Terrén-Serrano developed an integral system from end to end that gathers the data from a camera and a sensor and provides an accurate solar power forecast. All the elements of the system are innovative, including the data processing, physical models, information retrieval and machine learning applied to this information. Everything has been developed from two cameras mounted on a servo system to follow the sun, some electronics developed by us, and a small computer. His is not a standard dissertation: it has more than 250 pages of publishable work. I hope he gets acknowledgment for his dissertation.”

When Terrén-Serrano began designing his system for his dissertation, he was told that he would never get the wind velocity vector right. He accepted this challenge and succeeded. He has been able to establish an accurate wind velocity vector. His paper on geospatial perspective reprojection is currently under review for publication and explains how he achieved his results. And this is not the only paper to have come out of Terrén-Serrano’s research. He has written 12 other papers about his forecasting system which have been published, presented at conferences, or are under review for publication.

Terrén-Serrano credits UNM’s Center for Advanced Research Computing (CARC) with giving him the capability to build his new solar forecasting system. Both Terrén-Serrano and Martínez-Ramón acknowledge that his work might have been impossible, or at least a lot more difficult, without CARC. Both expressed their gratitude to CARC not just for the computer systems, but also for the help they provide students.

Martínez-Ramón emphasized “We are really, really thankful for CARC because [they] do a great job assisting the students with their work when they have trouble. I only have good words for you.”

Terrén-Serrano recalled with a chuckle, “Matthew Fricke always helps me and tells me how to do things correctly because I mess it up sometimes. I remember the first email I got from CARC. I had sent 1,000 jobs and was only supposed to send 20 so I collapsed the scheduler who puts the jobs in order!”

Terrén-Serrano continued, “We had ideas of how to do this work and we talked about this program, [but it was] CARC that gave me the trackability. I could get all the data and handle it in a way that is efficient.” Utilizing CARC’s Central Processing Units (CPUs) and Graphics Processing Units (GPUs) he was able to research specific areas from the sky imagers and tie those areas into other processes such as cloud tracking, cloud detection, image processing, and solar forecasting. Terrén-Serrano was then able to bring it together with machine learning and artificial neural networks.

“With CARC’s systems I can use kernel learning or deep learning, which is computed in the GPUs, so I have all of these possibilities technologically of doing an improvement in these areas of research,” Terrén-Serrano said.

Martínez-Ramón concluded, “It is Guillermo’s work; I am just the advisor. I had a lot of fun working with him – a lot. Because there is a lot of theory and a lot of new things.” Terrén-Serrano is currently finalizing his dissertation in anticipation of a Spring 2022 graduation.