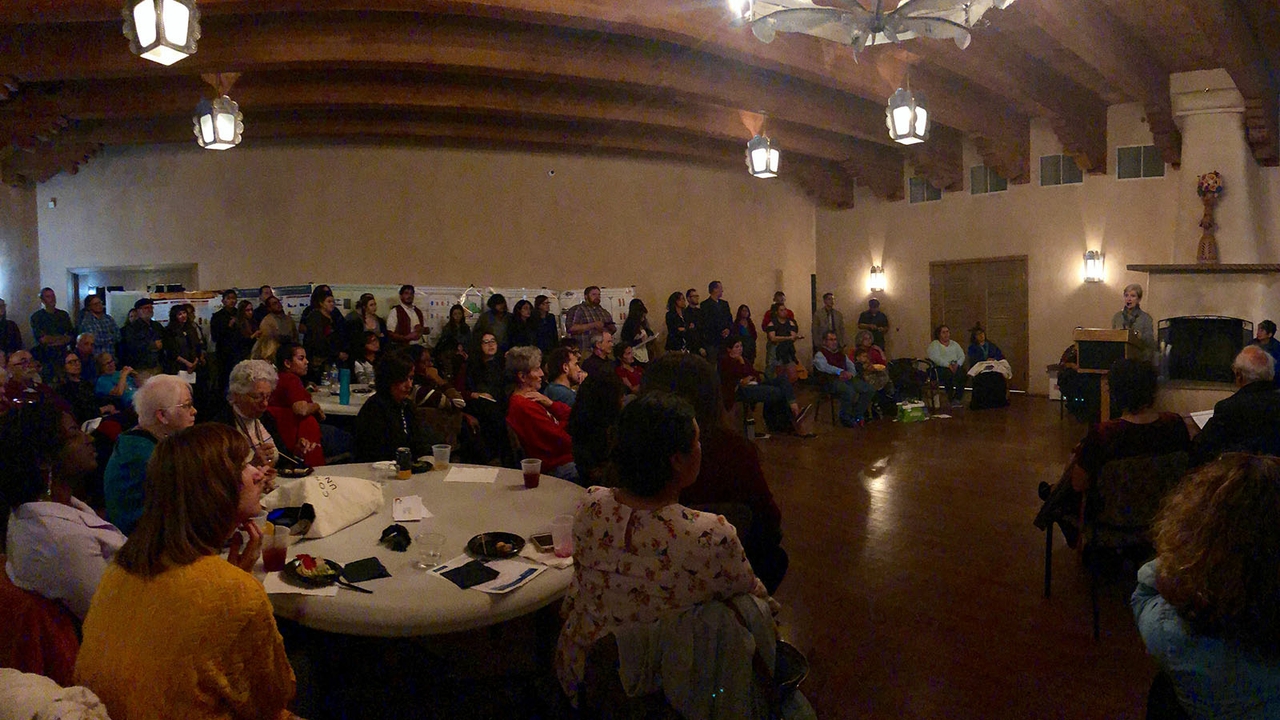 New research on Spanish in New Mexico reveals that “bilinguals don’t mix up their languages, they mix and match.”

Salón Ortega at the NHCC was filled to capacity recently to celebrate bilingualism in New Mexico and launch a new book, Bilingualism in the Community (Cambridge University Press, 2018), by former UNM Professors Rena Torres Cacoullos (also alumna) and Catherine Travis.

This research showcases the skilled language mixing of nuevomexicanos.

This NSF-funded project brought together a team of student researchers. Daniel Abeyta (of Bosque School) described his experience recording conversations with friends, family and community members as being like taking a “cultural exchange in your own culture.”

The event was attended by community members from young children to grandmas, together with K-12 teachers and university students and educators.

UNM VP for Student Affairs, Eliseo ‘Cheo’ Torres, urged young Hispanos to master their Spanish because of the doors it can open.