A Celebration of Life service for former Dean of Students at The University of New Mexico, Karen Glaser, will be held Saturday, Jan. 26 at 2 p.m. in the UNM Alumni Chapel.

Glaser was the supervisor of core student life functions including residence halls, fraternities and sororities, new student orientation, student activities and student government, campus discipline, and other student programs and initiatives. She supervised many student affairs units such as the ethnic centers and AGORA on an ad hoc basis. 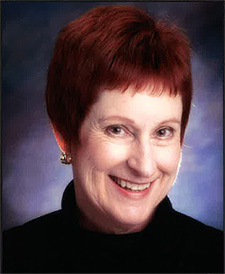 “Dean Glaser was the architect of the Dean of Students Office as we know it today,” said Randy Boeglin, who succeeded Glaser as Dean of Students. “She believed in a holistic student education with student growth and development resulting from experiences both inside and outside the classroom. She was especially impactful in the gender equity arena and was a pioneer in moving women forward to leadership roles. She served UNM for more than three decades and touched the lives of students on a daily basis. Karen made UNM a better place.”

Glaser served the University for 35 years beginning her career as a professional staff member in the Dean of Women’s residence hall in 1962. She spent nine years in that position before being appointed as the Dean of Students in 1971. Glaser served approximately 26 years until she retired in 1997 as Associate Vice President for Student Affairs and Dean of Students.

Through UNM, Glaser was involved with the National Association of Student Personnel Administrators (NASPA), both at the regional and national level. She served on the UNM Alumni Board of Directors (1992-97), KNME Board of Directors (1989-95) and the UNM Presidential Scholar Program (1978-97), where she helped to raise scholarship funds. She was also the secretary / treasurer for the UNM chapter of Phi Kappa Phi (1986-92), and she was active in scholarship fund-raising.

Glaser received several awards during her tenure including the Bernard Rodey Award (2001), presented for leadership efforts that have contributed significantly to the field of education; Regents’ Meritorious Service Award (1996) and the UNM Alumni Association’s Lobo Award in 1991, awarded for outstanding personal service to the university or whose career achievement reflects credit on the university.

Glaser earned her Master of Science from Indiana University (Kokomo) in 1962 and her Bachelor of Arts in music from Lindewood University in 1960.