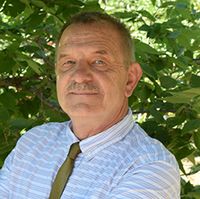 As a graduate student at UNM he worked in the CSWR providing reference assistance to researchers in the Anderson Reading Room and says he feels quite at home in his new position.

Jaehn specializes in interdisciplinary subjects relating to New Mexico and the American Southwest as well as U.S. and European histories and cultures, and covers rare materials from around the world. He has written articles and edited books about the Southwest and West and is the author of “Germans in the Southwest, 1850–1920” (University of New Mexico Press, 2005). Most recently he edited and wrote the preface to the German edition of “Jedediah Smith: Durch Amerikas Südwesten, 1826-1828” (2015).

Michael Taylor joined the CSWR in August 2016 as head of public services for the Center for Southwest Research & Special Collections. In this role, he oversees reference, instruction, and outreach involving archival materials and rare books. 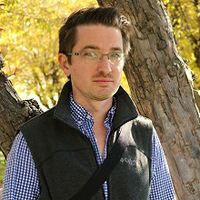 Taylor holds graduate degrees in history and library science from Indiana University, with a specialization in rare books and manuscripts librarianship. He has received additional training from Rare Book School (University of Virginia), California Rare Book School (UCLA), and the History of Books & Printing Workshop at Texas A&M University. Prior to joining UNM, he worked for eight years as the rare books curator at Louisiana State University, where he was involved in acquisitions, outreach, exhibitions, digitization, and grant writing, significantly expanded the Special Collections instruction and social media programs, and launched the library’s “Afternoon in the Archives” programming series. From 2004 to 2007, Michael worked in public services and image reproductions at the Lilly Library at Indiana University.

Taylor is a member of the Rare Books & Manuscripts Section of the Association of College & Research Libraries and has also participated in various historical associations. His current research focuses on library outreach, programming, and the history of books and printing.