UNM Newsroom / News / 'Chocolate at Chaco' and beyond 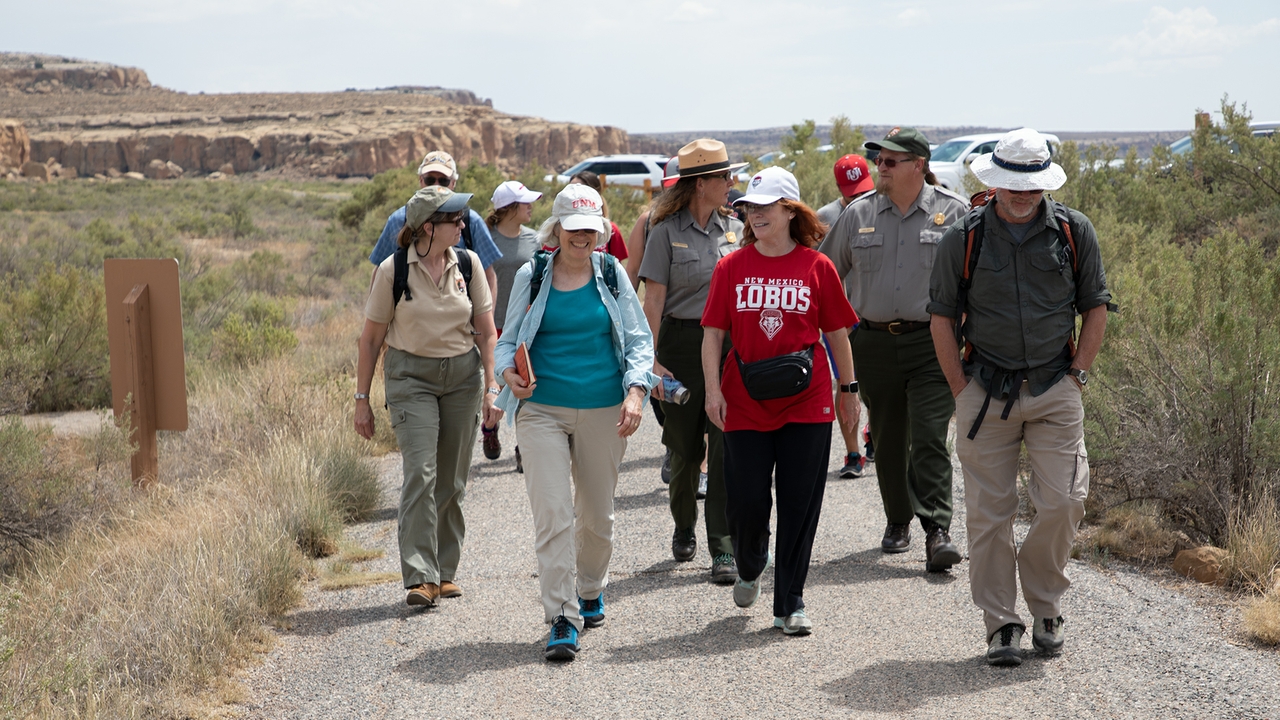 'Chocolate at Chaco' and beyond

The University of New Mexico’s Maxwell Museum of Anthropology hosts "Chocolate in Chaco," a lecture and fund-raising reception featuring anthropologist Patricia L. Crown on Friday, Sept. 27, from 6 to 9 p.m.

Crown uncovered the first evidence of chocolate consumption in North America—north of Mexico—in 2009 and her research has received national and international attention. Crown and colleague Jeffery Hurst—at the time a senior chemist for the Hershey Company—have analyzed the identified chemical signature of cacao in three shreds of distinctive cylinder jars from Chaco Canyon, expanding knowledge of trade relationships between Mesoamerica and the US Southwest.

Expanding on these discoveries at Chaco Canyon, Crown will present a decade of research on chocolate consumption in Chaco and other parts of North and South America that reveals new insights into the long history of cacao use in ritual and exchange.

The latest study shows domestication of cacao around 5,000 years ago in South America, with spreading use from there into Mesoamerica and eventually the U.S. Southwest/Mexican Northwest.

“This discovery on cacao in ceramics from Pueblo Bonito, Chaco Canyon, New Mexico, demonstrated exchange with populations in tropical areas where Theobroma cacao grew in the past, as well as consumption of ritual drinks by at least A.D. 1000 in the canyon,” according to Crown’s research publication.

Methods of preparation and consumption varied, but cacao drinks and associated paraphernalia provided important evidence of long-distance movement of food and cuisine. In Chaco, shifting shapes of drinking vessels indicate adoption of foreign forms and their use in competitive consumption events, followed by the dramatic rejection of the new forms.

The lecture is free and open to the public.

The lecture will be followed by a fund-raising reception with Crown at the Maxwell Museum of Anthropology. The reception will feature cacao elixirs, wine and chocolate. Tickets are $40.

Tickets for the fundraiser are available at the Museum store, by phone at 505-277-3700, or online at Maxwell Museum Store. Proceeds will support archaeological research and collections at the Maxwell.

Crown is an archaeologist who works in the American Southwest and has been on faculty at UNM since 1993, where she is the Leslie Spier Distinguished Professor of Anthropology. Professional recognition and honors include the A.V. Kidder Award from American Anthropological Association, UNM Presidential Award of Distinction Award and the Society of American Archaeology Award for Excellence in Ceramic Research.

With collaborator Jeffery Hurst, Crown identified the first prehispanic cacao (chocolate) north of the Mexican border in ceramics from Chaco Canyon using organic residue analysis. Crown is the author of more than 60 articles and books, including a recently completed edited volume The House of the Cylinder Jars: Room 28 at Pueblo Bonito, Chaco Canyon, to be published by UNM Press in 2020.

The Maxwell Museum of Anthropology at UNM is located on the northwest part of campus, near the intersection of University and Martin Luther King Jr.