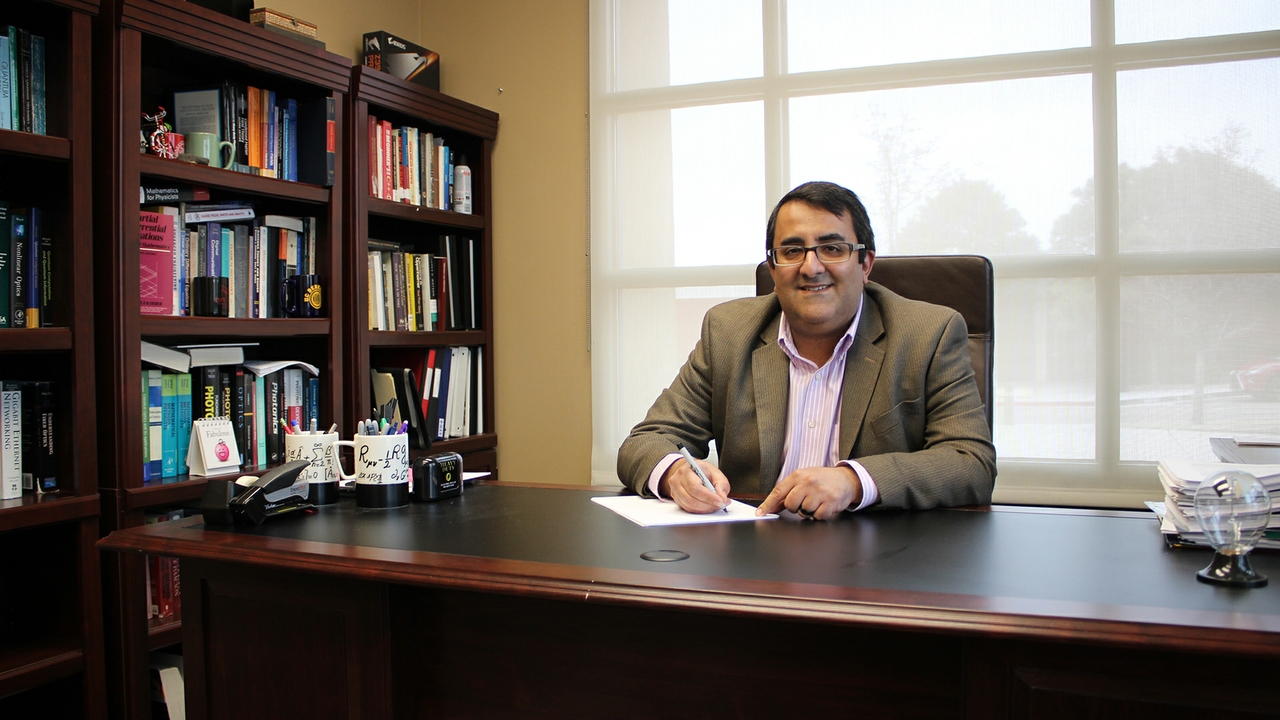 UNM Center for High Tech Materials director and professor of Physics & Astronomy Arash Mafi has been named as an SPIE Fellow for his technical achievements in quantum and nonlinear behavior of optical waveguides. SPIE is an international not-for-profit professional society for optics and photonics technology, founded in 1955 as the Society for Photo-Optical Instrumentation Engineers.

“I feel very honored for being elected as an SPIE fellow and greatly appreciate the fact that my peers acknowledge the work I have done so far as significant and having an impact in the field of optics and photonics,” Mafi said.

Mafi’s research is on the application of theoretical, computational, and experimental methods in photonics, especially on nonlinear and quantum aspects of guided-wave optics, and light propagation in disordered media. He heads the Photonics Research Group at CHTM.

He holds a Ph.D. in physics from the Ohio State University and a bachelor’s degree from Sharif University of Technology. Mafi is also a Fellow of the Optical Society of America.

He came to UNM in 2014 and became CHTM director in 2016. Last year, he and associate professor of physics Rouzbeh Allahverdi received an award of more than $580,000 from the Army Research Office for a project named Supersymmetry in Optics: Beyond Traditional Supersymmetric Quantum Mechanics. The unique partnership brings together two forms of science that don’t normally collaborate, the fundamental and the applied, to search for new optical discoveries. Optical discoveries include novel materials similar to device screens, imaging devices like cameras, and lasers for surveying and ranging.

SPIE Fellows are members of distinction who have made significant scientific and technical contributions in the multidisciplinary fields of optics, photonics, and imaging and are honored for their technical achievement and their service to the general optics community.