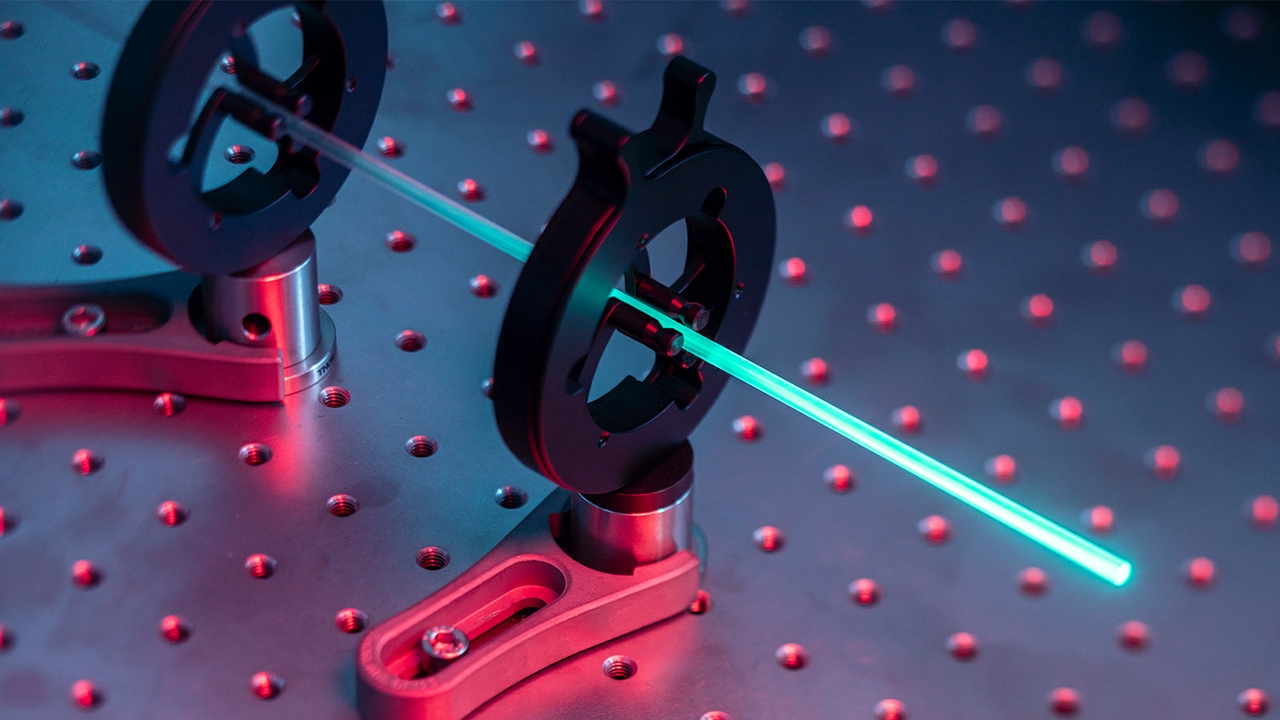 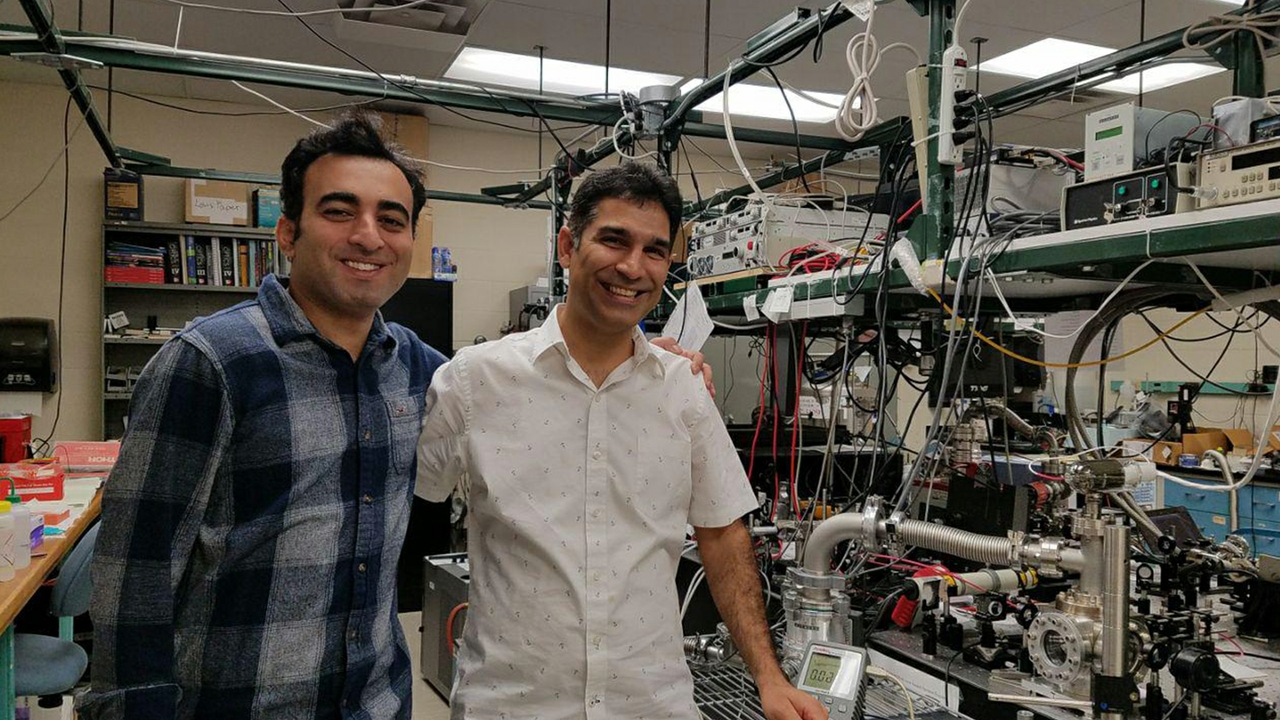 Esmaeil Robini and Saeid Rostami in the laser cooling lab 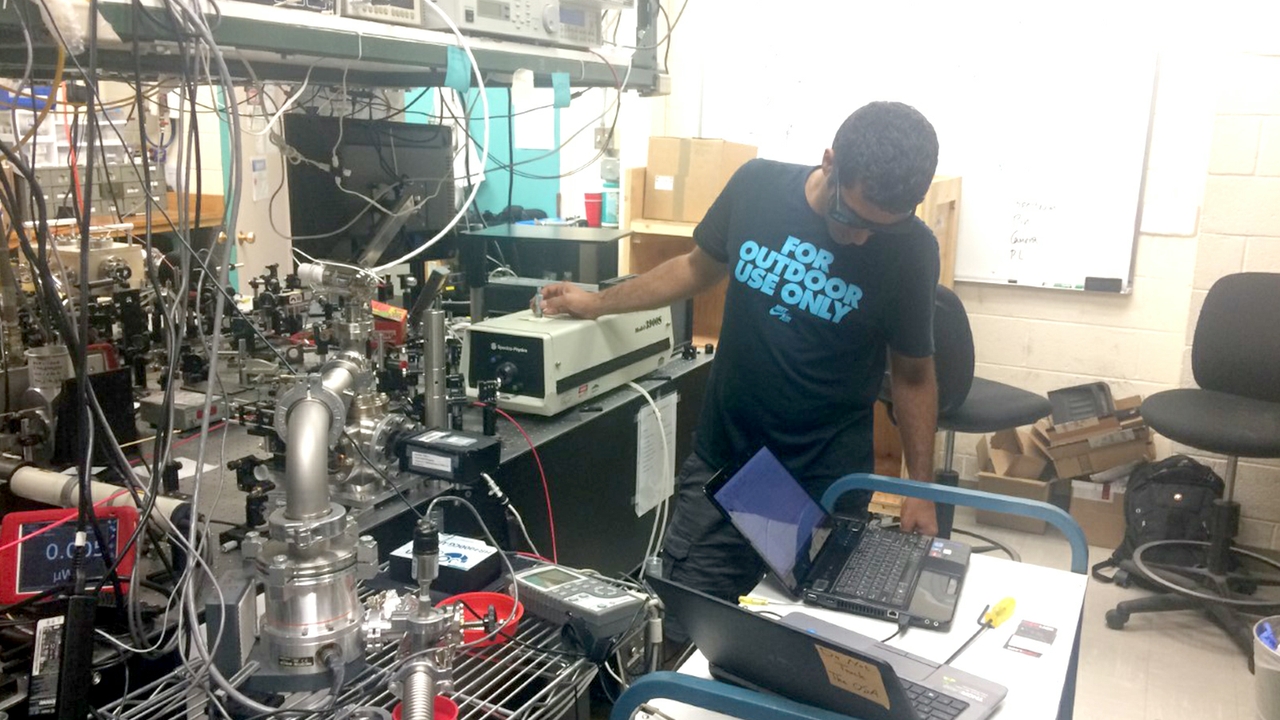 in the laser cooling lab

Researchers from The University of New Mexico and a German team have written a collaborative paper about their joint project that was published this week. The article is Laser cooling of ytterbium-doped silica glass and appears in Communications Physics, an open-access journal from Nature Research.

The collaborators, led by the Center for High Technology Materials director Professor Arash Mafi and his group, include Distinguished Professor Mansoor Sheik-Bahae's group at the UNM Department of Physics and Astronomy, and the research group of Professor Andreas Tünnermann, the director of the Fraunhofer Institute for Applied Optics and Precision Engineering in Germany.

Silica glass is the most commonly used glass and is the most ubiquitous material in optics, Mafi said, adding that "optics" is a broad term that applies to science and application of light, including fiber-optic network for communications, lighting, TVs, cellphone screens, DVDs, and projectors.

"Silica glass being the most widely used optical material had evaded all laser cooling attempts. Our results are a concrete demonstration of laser cooling of silica glass," Mafi said.

Ytterbium-doped silica glass is commonly used for high-power optical fiber lasers, and that was the German team's original intention in developing this glass. Tünnermann's group fabricated the highly pure glass with sufficiently high Ytterbium doping while mitigating the undesirable quenching-induced non-radiative decays of excited Ytterbium atoms. Sheik-Bahae's group brought to the project many years of world-leading experience in solid-state laser cooling. Mafi's group envisioned the project's overall scope, including the possibility for silica glass laser cooling and coming up with the desired specifications. The UNM labs laser-cooled the silica glass samples obtained from the German team.

Laser cooling might sound counter-intuitive because normally, when any material, including glass, is illuminated with a laser, it heats up. However, under certain conditions, by appropriately introducing rare-earth atoms to the glass composition and tuning the laser wavelength, it is possible to cool the glass. Conventional cooling methods always involve moving parts. Most of the time, there's liquid running through the system that adds vibrations, which can impact the precision or resolution of a high-sensitivity device that is cooled. Laser cooling, also known as optical refrigeration, allows a device to be cooled without moving parts and vibrations, making it highly desirable for ultrasensitive applications.

Mafi emphasized the work of the students, which includes Esmaeil Mobini and Mostafa Peysokhan in his lab, and Saeid Rostami in Sheik-Bahae's lab.

"The idea came entirely from our students. They were creative, hard-working, and collaborative. There was plenty of doubt in the beginning and we went through this process not knowing if silica glass could ever be cooled. The final successful result caught us all by surprise. I cannot describe my joy when students informed me that they succeeded in laser-cooling silica glass for the first time," Mafi said.

This material is based upon work supported by the Air Force Office of Scientific Research under award number FA9550-16-1-0362 titled Multidisciplinary Approaches to Radiation Balanced Lasers (MARBLE).