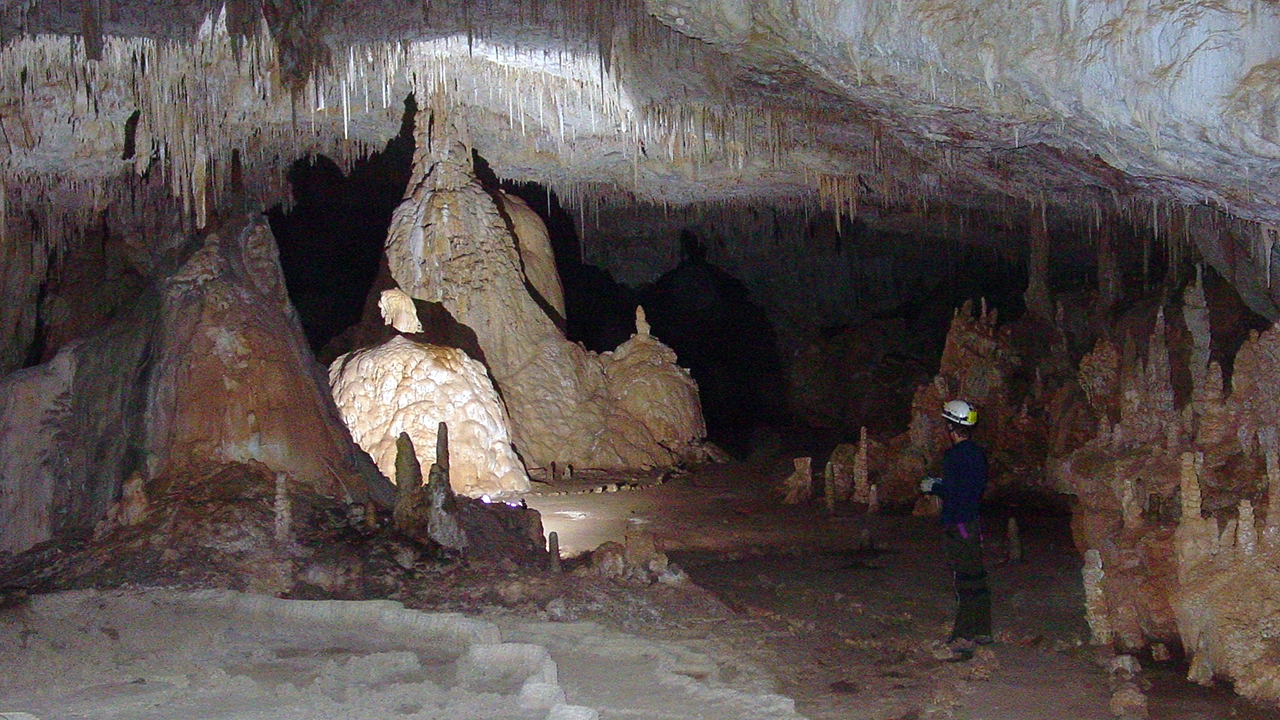 A researcher takes a look inside Hidden Cave 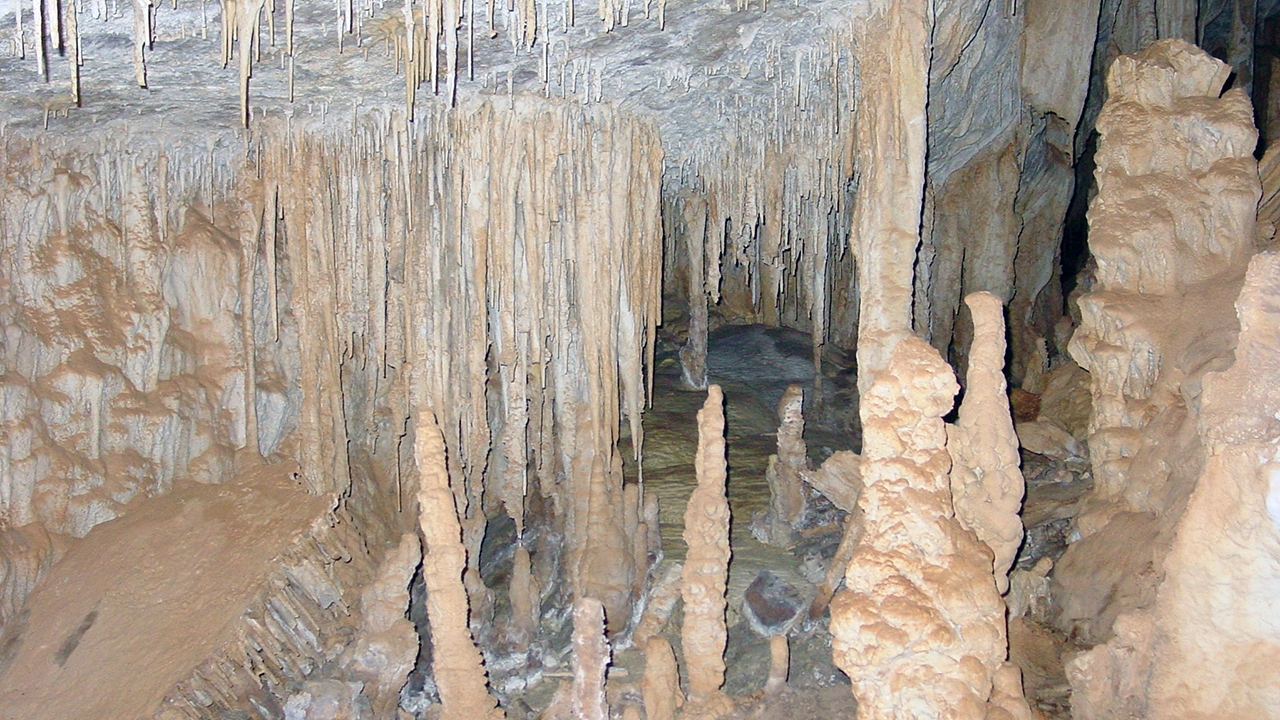 New research from a stalagmite collected from Hidden Cave in the Guadalupe Mountains in southeastern New Mexico shows the overall climatic backdrop for Pueblo cultural development in relation to climate before and after when it was drier.

The stalagmite highlights a remarkable record of growth used as a template for Late Holocene climate change in the southwestern United States in relation to cultural changes that took place in the region over the past 3,400 years. Continuous, high-resolution paleoclimate studies such as those from stalagmites provide helpful climatic backdrops to American cultural changes because they extend beyond tree-ring paleoclimate records that are typically applied to the study of pueblo cultures.

Understanding the climatic backdrop of the Pueblo period compared to the cultural and climate history for the last several thousand years is essential to comprehend the role of climate on culture during the Pueblo period. This perspective is needed to help identify and interpret the numerous megadroughts that have affected individual pueblos over the years. What the stalagmite tells researchers are precise periods of wetness and drought.

The paper, titled Climactic backdrop for Pueblo cultural development in the southwestern United States, was published recently in Scientific Reports by scientists at The University of New Mexico, that also included Distinguished Professor Yemane Asmerom, Department of Earth and Planetary Sciences, and University of Nevada-Las Vegas Professor of Geology Matthew Lachniet. 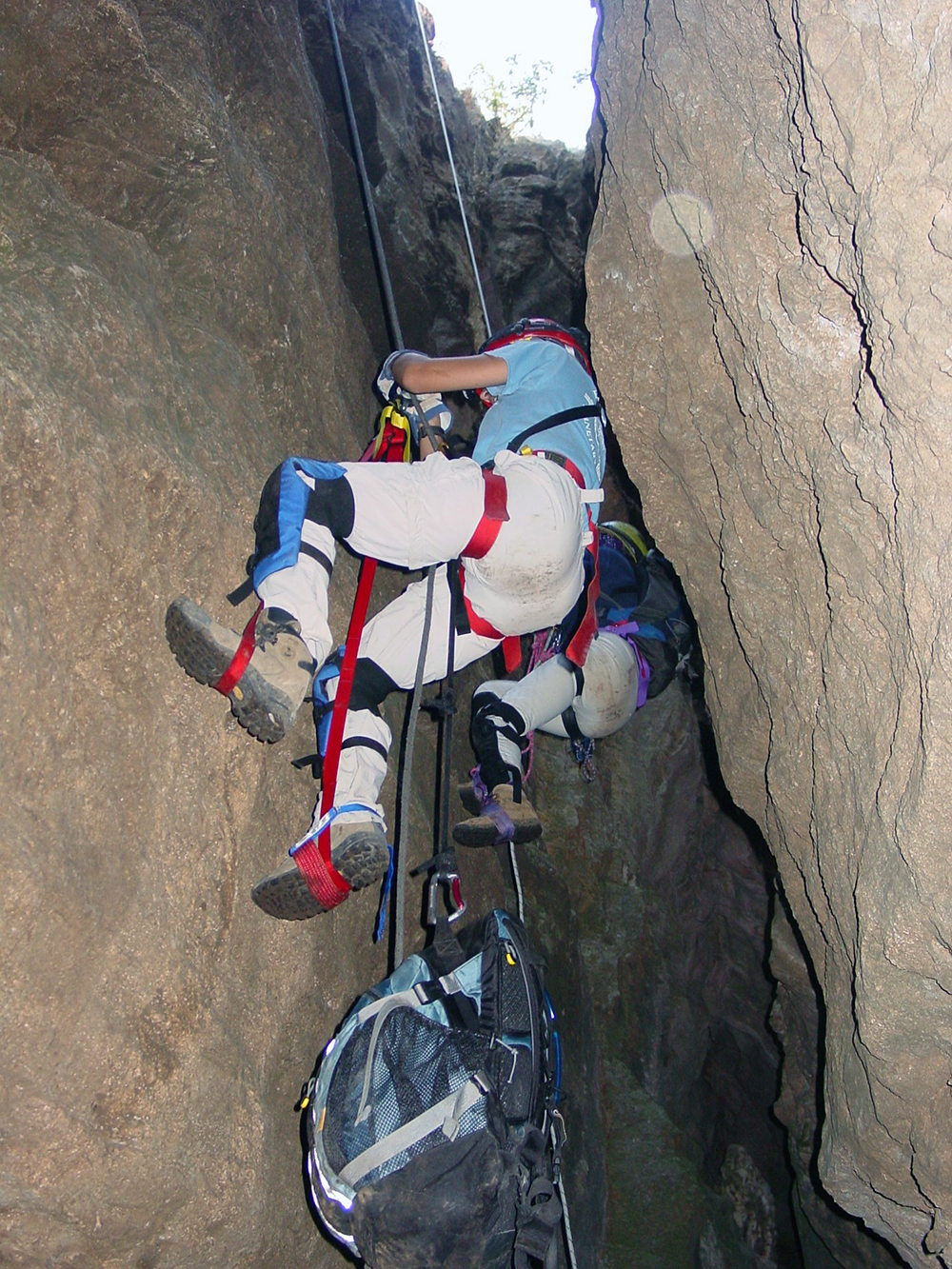 The link between climate and culture in the southwestern United States is quite important and has been studied extensively, but the overall Late Holocene climatic backdrop is not well known prior to 1,200 years ago, which is beyond compelling for most tree ring records. “For example, the widely accepted view is that megadroughts led to cultural disintegration of individual pueblo sites during the pre-Hispanic Pueblo period,” said Asmerom. “Even the causal relationship between drought and dramatic cultural shifts has since been challenged.”

The cultural history in the southwest during the last 4,000 years is categorized as the pre-pueblo period and cultural stages using the Pecos classification offered approximately 100 years ago. The change from the desert archaic/basketmaker to pueblo cultures, the study says, was associated with a quick transition to increasing aridity into and through the Pueblo Period which was coeval with greater urbanization and the establishment of pueblo population centers.

The new research suggests the Late Holocene Puebloan climatic interval as the most arid and highly variable climatic period of the last 3,400 years. Climatic conditions favoring the introduction of cultivation existed prior to the Pueblo period during more pluvial-like conditions from at least 3,400 to 1,260.

“The bottom line is it was effectively wetter up until the beginning of the Pueblo period, and then it seems to have been drier during the Pueblo period,” said UNM Earth and Planetary Sciences Senior Research Scientist and lead author Victor Polyak. “The Spanish came after this pre-Hispanic Pueblo period and things became wetter again. Our time of interest is bracketed by wetness showing that the Pueblo period was dry.”

The researchers first studied the topic looking into the history of climate in the southwest in 2001. Their first study showed the Late-Holocene, the last 4,000 years, was a time of greater effective moisture that coincided with the introduction of agriculture in the southwestern United States, including maize for example. There were mega droughts during the Pueblo period, but one of the things the researchers wondered, that isn’t well established in previous literature, was whether there were similar megadroughts before the Pueblo period. What the researchers didn't have at that time was the ability to look at that data in a more refined way between cultural development and climate.

“The standard mantra is that climate and droughts lead to disintegration of civilizations,” said Asmerom. “What we wanted to do was to look at the timing of climate change and then also cultural development and to our surprise what we found is that the greatest development of culture in this region was the Pueblo development that coincided with the driest interval in the late-Holocene. This is counterintuitive. The idea that things may have been pleasant for the peoples living in the Southwest before the Pueblo period, but when things got drier, they adapted by organization of buildings and communities.”

“Some civilizations tend to grow because rural life is livable - as long as you have a forgiving environment,” said Asmerom. “If you have environmental stress, though, the strategy is to organize in a way that makes sense. I think this is a very interesting observation.”

One of the things the researchers needed to demonstrate when they conducted this research was in fact that the changes seen locally correlated with significant regional change, for example with the Bermuda high, which is a very important high-pressure system for moisture transport in Southwestern Europe that can influence the movement of tropical systems in the Atlantic basin.

“For much of North America we see climatic changes tied to the Bermuda high that coincide with the change that we see in this stalagmite,” said Asmerom. “We had to demonstrate, in fact, that what we are seeing is not just a local climatic signal, but rather it has a regional or a global sort of connection. We used a stable isotope record to do that.”

While drought has been blamed for the abandonment of pueblos and episodic human migration during the North American Pueblo period, and quite a bit of interest has focused on individual megadroughts and pueblo sites, little has been offered that puts the entire Pueblo period into perspective. The continuous high-resolution, stable isotope climate record conducted by the researchers for the southwestern United States from this stalagmite serves as a climatic backdrop to the cultural periods for the past 3,400 years and including the interval that extends through pueblo cultural development.

“We suggest that the onset of a drier climate about 1200 years ago was a factor that forced ancestral Americans to develop alternative strategies to subsist in the desert southwest, leading to greater urbanization and explaining the development of pueblo communities,” said the researchers. “We offer the view that pueblo cultural development was a way of coping with overall drier and more variable climatic conditions that extended through the entire pre-Hispanic Pueblo period.” 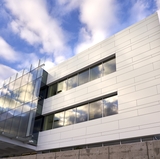