After 32 years of helping carry out The University of New Mexico’s mission, both as a student and in his professional role as director of College Enrichment and Outreach Programs (CEOP), Andrew Gonzalez will retire at the end of the year.

Gonzalez became a Lobo in 1988. During his time as an undergraduate, Gonzalez began working at UNM as a work study; a position that ultimately led to a 27-year career. 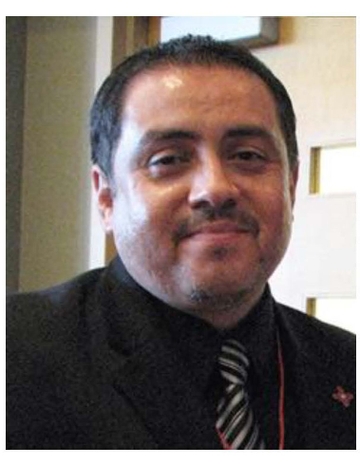 During his professional tenure at UNM, Gonzalez spent 13 years advising countless of students at El Centro de la Raza. He moved on to serve as the director of CEOP for his last 13 years.

“I want to thank Tim Gutierrez for believing in me and giving me the opportunity to lead a wonderful department with some amazing staff,” he said.

“I will miss him tremendously,” Gutierrez said. “His work ethic, integrity and passion to do what is right has always been an unshakable trait of his. His ability to demonstrate that passion and care for his students over the years is irreplaceable.”

“It was always my goal to make sure that students had all the opportunities available for them to be successful,” he said. “My favorite part was seeing students start at UNM as shy freshmen, then growing to be leaders at UNM.”

Students and colleagues agree that Gonzalez was relentless in achieving each goal that helped empower students.

“I think I speak for many students when I say that Andrew is one of the few people that have contributed to my success as a student and as an individual,” said Jorge Montes Rodriguez, CEOP student-employee. “He’s been a heroic figure on campus—someone that I can share my achievements with but also help meditate my challenges and lessons.”

El Centro de la Raza Director Rosa Cervantes worked with Gonzalez for the last 25 years and said she considers him a mentor, colleague and friend.

“Over the years we studied, developed programs and grew together," she said. "We hared many moments filled with laughter and joy."

Gonzalez served on the NASPA Region IV-West advisory board for many years and served as conference chair for its regional conference. Additionally, he served as president for the Southwest Association of Student Assistance Programs (SWASAP), which advocates for TRIO programs on national, regional and local levels. He was also involved in the Council for Opportunity in Education (COE).

“Andrew was instrumental in the creation of the Latino Knowledge Community under the National Administration of Student Personnel Administrators, where he served as a representative of UNM, as a leader at both national and regional levels,” said Eliseo Torres, vice president for UNM Student Affairs. “I’ve always been impressed with Andrew and the way he connects with our students.”

UNM has undergone many changes in administration, architecture and student demographics since Gonzalez’s career began. He said the most impactful change he witnessed was the introduction of the New Mexico Lottery Scholarship.

“That opened up so many doors for many students. We saw a growth in enrollment and knew it was critical to offer additional services to ensure students maintained the scholarship and graduated,” he said.

Gonzalez plans to move to El Paso to be near family, but he will forever be ingrained a Lobo.

“I want to continue helping students, so, maybe a second career at UTEP or El Paso Community College,” he said. “I have also thought about possibly being a high school counselor.”