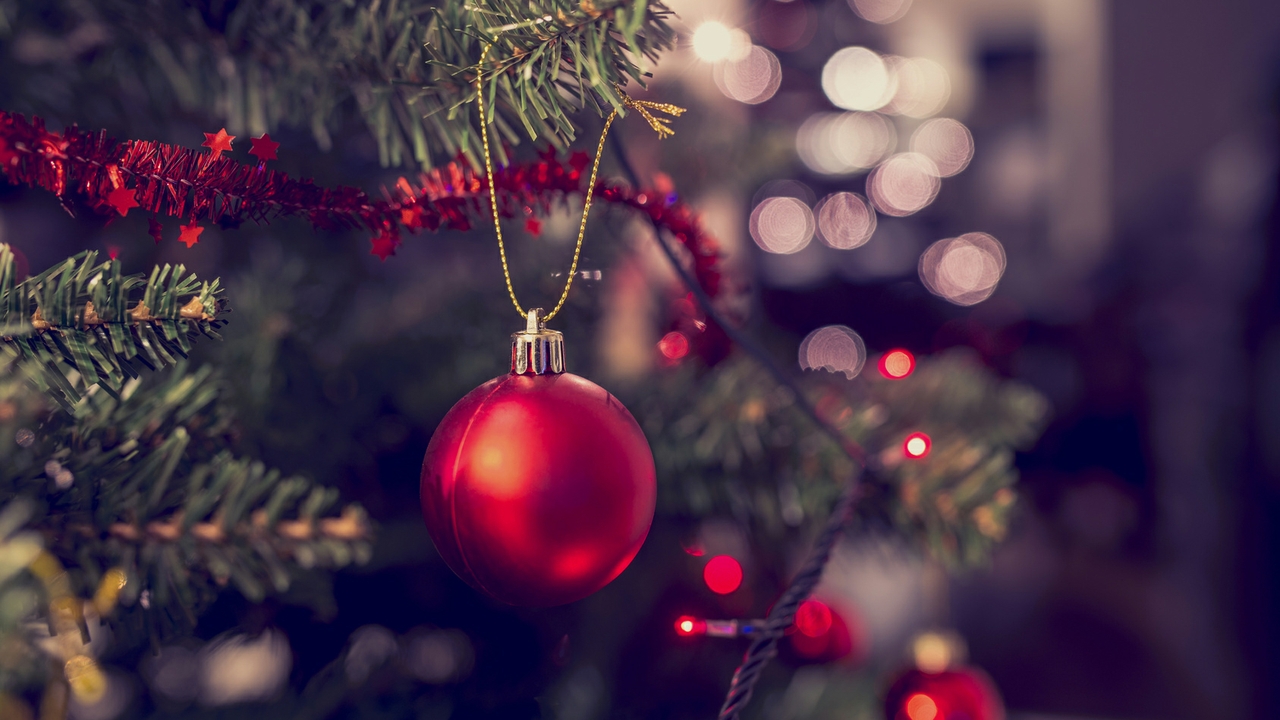 Recognizing a century of education, research and innovation
By Rachel Whitt December 13, 2017
Categories: Inside UNM School of Engineering UNM Bookstore

The University of New Mexico's collectible ornament, featuring Centennial Engineering Center, is now on sale at The University’s bookstore.

Since the project launched a decade ago, artist Jana Fothergill has been commissioned to do the piece, which she says takes on a different meaning every year.

“It’s always an exciting moment when the UNM Parent Association decides which building will be featured,” Fothergill said. “This year Centennial was chosen and starting with a photo, I design the ornament around different elements seen in the building and the school it represents.” 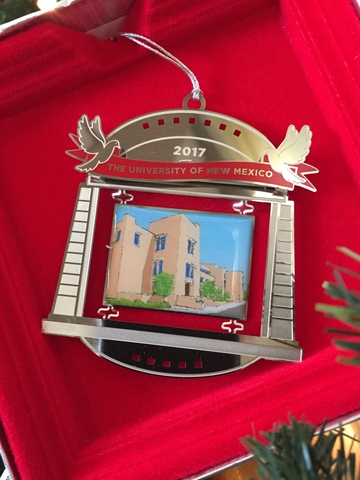 The School of Engineering (SOE), originally known as the College of Engineering, opened in 1906 with a faculty of two and a single classroom. With time has come advances in technology and social change, but because of the dedication and foresight of many talented people, the School has become a leader in engineering education and research.

Ground was broken on the Centennial Engineering Center in 2006 and it opened in 2008, which signaled an important expansion in teaching and research for the School. It is the largest building on main campus at 142,000 square feet. It brought together a space for engineers to collaborate, push boundaries and expand opportunities for students and faculty.

Planned as an interdisciplinary instructional and research facility, Centennial Engineering Center unites a number of engineering disciplines, bringing together the departments of civil engineering and the Center for Biomedical Engineering, as well as several laboratories serving the departments of chemical and biological engineering, and nuclear engineering. Located at the heart of the existing complex of engineering buildings, its design embraces the concept of maximum flexibility in design for science and research, with two large lab blocks in an uninterrupted modular arrangement joined around an open courtyard by two wings of offices and technology-rich instructional space. Two entry towers define the engineering complex: one welcomes visitors at the campus perimeter; the other is accessed through a landscaped engineering green and experimentation area, faces the campus. A transparent student/faculty lounge adjacent to this entry has views to both green and courtyard. Shepley Bulfinch was the design architect in association with Van Gilbert Architects of Albuquerque.

The 2016 ornament now joins others in the UNM Bookstore as part of a collectible series. As always, the ornaments are priced at $18.89 in honor of the year UNM was founded.