College of Education student receives Teacher of the Year Award

It takes a special kind of person to pursue a life of teaching. New Mexico’s 2018 Teacher of the Year, Ivonne Orozco, took the generosity of that pursuit one step further, choosing to remain in New Mexico and give back to the community that helped her through her journey from 12-year-old immigrant to high school Spanish teacher.

After earning her bachelor’s degree through UNM’s Secondary Education program, Orozco credits her student teaching experience with preparing her for a life in the classroom.

“That experience was just awesome,” Orozco says. “It’s a collective effort of the College (of Education), preparing and equipping student teachers to hit the ground running.”

She says that along with understanding what it takes to be a teacher who cares, UNM’s College of Education “did a great job briefing me on my personal identity and how that fits into the classroom,” a lesson that has been invaluable to Orozco’s teaching style.

And her students have noticed. Teegan Obenshain, a junior at the Public Academy for Performing Arts (PAPA) who studies Spanish with Señora Orozco, says she goes into class every day wanting to learn.

“You can tell how much effort she puts in,” Obenshain says of Orozco. “You want to give back the effort she’s giving to you. It’s so obvious that she loves teaching us, so we love learning from her.”

The New Mexico Teacher of the Year program has been a part of the New Mexico Public Education Department (NMPED) since 1963. Teachers are nominated by their schools, and the winner acts as a spokesperson for the teaching profession in New Mexico.

“When I received the award, I wasn’t sure I understood the implications of it.” Orozco says. “It’s only been a few months, but I feel like it is so much about teacher leadership and giving back, and uplifting all teacher voices and all student voices. That is something I’ve really taken to heart.”

Orozco is now pursuing her Master’s in Secondary Education with a focus on Reflective Practice, in a program known as MARP. She joined the program after her second year of teaching, when her energy for the work was challenged.

“A lot of people leave after first year or two.” Orozco says. “It’s hard to be in the classroom and approach everyday teaching. You’re giving all the time… it’s exhausting.”

That’s when Dr. Teri Sheldahl – now retired from the College of Education – came to her rescue.

“I reached out to Dr. Sheldahl and was like, ‘I don’t know what to do. This is really hard.’ And she pointed me to the MARP program.”

Set to graduate from the program in June, Orozco says the MARP classes have shaped her way of thinking and helped her grow so much as a teacher.

“I’m not just learning content,” Orozco notes. “I’m learning how to teach through observation. How they (her teachers) move through the classroom, the strategies they use… and I can turn around and apply those things in my own classroom the very next day.”

When asked if any UNM educators have been a particular inspiration to her, Orozco asserts there are almost too many to name. 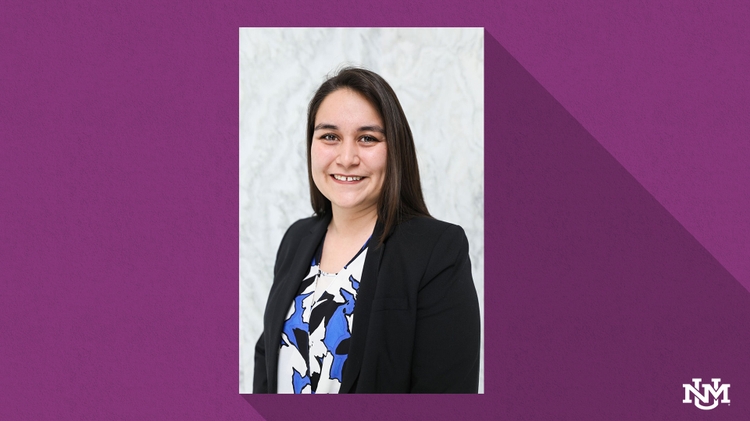 “Lots of professors who reached out and took me under their wing… Dr. Sheldahl, of course, and Dr. Ursula Shephard. Her presence in the classroom is so personal; you’d look at her and realize she was so much more than just a teacher. That’s something I want to leave with my students, that I am a person who happens to be a teacher.”

Professors in the College of Education who have taught Orozco are thrilled at the news of her award.

Dr. Laura Haniford, Orozco’s advisor in the MARP program says, “The Secondary Education Program in the Department of Teacher Education, Educational Leadership and Policy is exceptionally proud of Ivonne Orozco. She exemplifies the kind of teaching we seek to prepare our students to be able to do. She cares for her students and works to build on the knowledge they bring with them into the classroom. Ivonne is a master at building community in her classroom, something essential for true engagement and learning to occur.”

When asked what the New Mexico Teacher of the Year recognition means to her, Orozco once again cites giving back to her community.

“I just feel such an honor to be that voice, and to have this platform to represent people who need to be present at these tables.”