UNM Newsroom / News / Creating avenues to a life in the arts 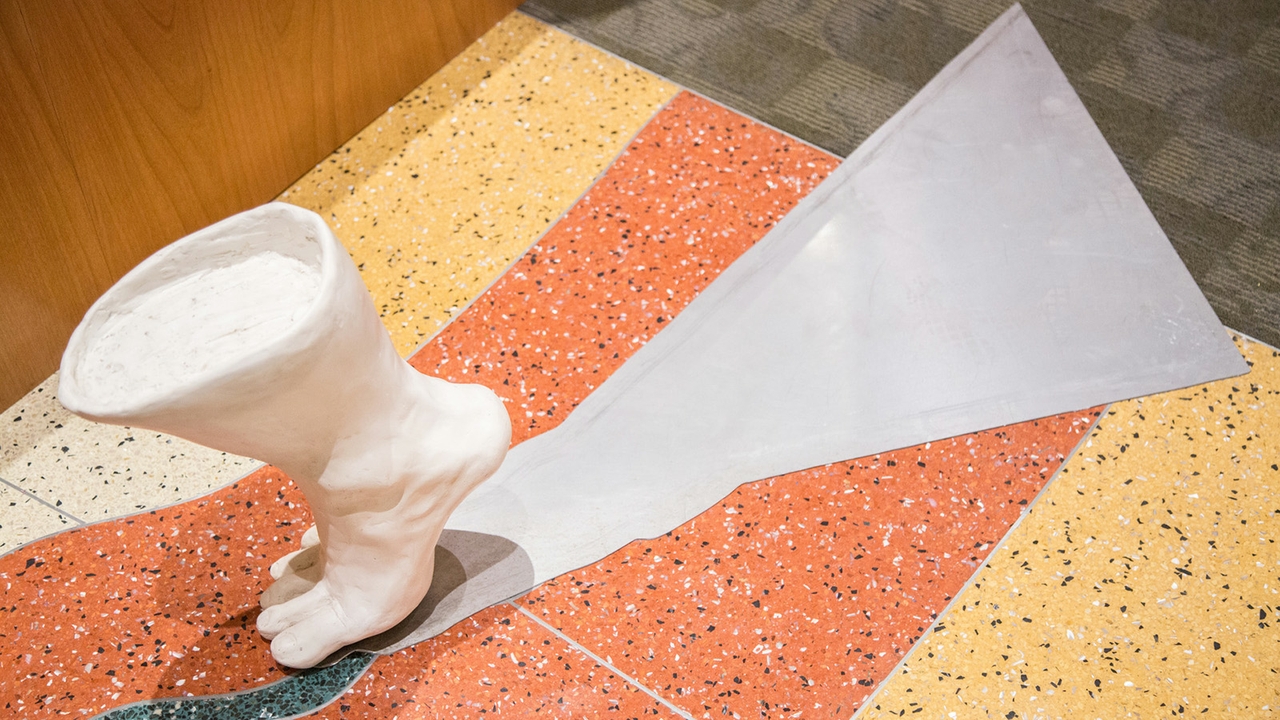 Creating avenues to a life in the arts

Many career paths have a clear, direct trajectory. College, medical school, doctor. College, teaching license, educator. Establishing a professional life in the arts tends to be less straightforward, which leads many creatives to cultivate a diverse, myriad skillset.

With an eye toward the futures of their students, The University of New Mexico offers a growing number of creative professional graduate assistantships through the College of Fine Arts (CFA).

In the UNM Art Department, all four of the art galleries are run by graduate students. Appointments of anywhere from 10-20 hours per week keep these students immersed in the field of art, while also developing their logistical competencies through real world know-how.

“I had this idea that I had all this experience,” says Amy Hulshoff, a Ph.D. candidate in Art History with a focus on Art in Ecology (or ‘Eco Art History’ as the students call it).

Hulshoff had previously worked in museum settings, including an assistantship at the UNM Art Museum, before she got an appointment as the director and manager for the CFA Downtown Studio. 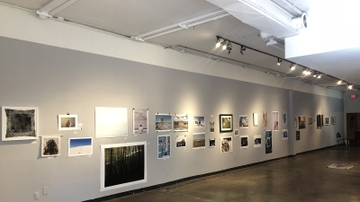 “Since I know custom framing and as an artist and an art historian… Being this kind of ‘jack of all trades,’ it seemed to fit really well,” Hulshoff says, “but what I learned is, you really need to be good at managing people, scheduling, and understanding how several different cogs have to work at the same time. You have to make sure each cog is turning.”

With degrees in studio art that refined her abilities in various mediums – painting, drawing, photography, etc. – Hulshoff enjoys putting her artistic savvy to good use.

“I really like curating and co-curating,” Hulshoff says, “This job is awesome, because the position is totally changing my perception of what working in a gallery was ‘supposed’ to be like.”

A year-round gallery with exhibitions installed every three to four weeks, Hulshoff has a lot to juggle. Noel Mollinedo, manager of the John Sommers Gallery, only works during the school year, but with a one to two week turnover rate for exhibitions, Mollinedo oversees eight to ten shows per semester.

With a BFA in Art & Ecology from UNM, Mollinedo is now pursuing an MA in Art History. The pace of gallery work resonates with him for a number of reasons.

“I don’t have to be in one set place for a long time, but rather I’m constantly available and near my email,” Mollinedo says. “It feels like there are a lot of tangible and immediate results to what I do. Whether that’s installing the work, making sure the equipment is running properly, or being a point of contact and having my ear available for whatever the artist’s needs might be.”

Both Mollinedo and Hulshoff agree that it takes a lot of discipline to work on your own time, and that the work is very rewarding. At the downtown studio, there’s a slate of events that happen alongside the various art shows. From school field trips to live musical performances in the space, Hulshoff thrives on the studio’s vibrancy.

For his part, Mollinedo does his best to honor and support the work of UNM art students.

“John Sommers is a really centralized gallery, it’s very popular with undergrad students,” Mollinedo says. “Right now, there’s minimal curation on my part because it’s a public space that’s paid for by all the students. I just kind of take shows on a first-come, first-serve basis.”

Karen Mazur, a graduate student pursuing her MA in Art Education with a Museum Studies minor, has worked with mixed media and painting, and spent many years as a graphic designer. Most recently, she worked at UNM Press as a book designer. Now she manages the Masley Gallery, as one of two posts at UNM.

“I also have a graduate fellowship at the Center for Southwest Research,” Mazur says, “and I’m cataloguing all of the public art on campus.”

In addition to her MA, Mazur is getting her teacher’s license for grades K-12. Her possible career paths include museum education, teaching at the secondary level, or continuing with her archival work. For now, she’s learning a great deal from her role at the Masley Gallery.

“I’ve had to hone my leadership and skills of delegation,” Mazur says. “I never think of that as something I would need to develop. Being trained as an artist, you think of yourself as working more independently or autonomously. I think about collaboration, but you always imagine that just sort of comes together, but it doesn’t. Somebody has to take a leadership role. So that’s one of the biggest things I’ve gotten out of this position.”

Mollinedo moved to New Mexico for the Land Arts program at UNM, and ultimately his focus veered away from the production of art and toward a heightened interest in critical theory.

“I took American Landscapes with Kristen Buick,” Mollinedo says. “That really informed the work I’m doing now, shifting from a specific art practice into doing more of the research/writing end of it.”

For Hulshoff, there was a conscious decision to shift away from the challenges of life as an artist, while still pursuing a career in the arts.

“It turned out I was really good at painting, but I realized I didn’t want to work as hard as artists have to work,” Hulshoff says, “so I decided to go into art history. I still paint, and I get commissions for portraits of babies… there’s a good commercial outlet for it. But as a practice I’m more of an art historian now.”

When Mazur thinks about her next steps and finds herself faced with the existential dilemma of ‘where do I go from here?’ she feels that whichever path she chooses, her experiences at UNM are preparing her for whatever lies ahead.

“The opportunities I’ve found at UNM have offered me professional development in ways I didn’t expect,” Mazur says. “It’s really given me a significant boost in the value added to my academic degree."