University of New Mexico President Garnett S. Stokes has selected Dr. Barbara Damron to lead the University’s government relations efforts through the remainder of the fiscal year. Damron is currently an associate professor and Ph.D. program director at the UNM College of Nursing.

She also holds a faculty appointment  at the UNM School of Medicine’s Department of Family & Community Medicine. Prior to that, she served as New Mexico’s Cabinet Secretary of Higher Education for four years. 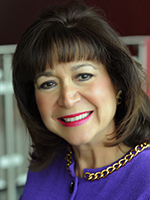 “Dr. Damron is a national leader in higher education - her strength as an administrator and understanding of state and federal government will be critical as the focus on higher education and healthcare continue to unfold,” said Stokes. “Combined with her understanding of New Mexico and people served by UNM, this depth of experience will significantly enhance the strategic efforts of our government relations efforts.”

Damron’s long professional history spans over 35 years – 20 in New Mexico – including being a leader in education, a health care executive, an advanced practice nurse, a college professor, an international consultant, and a cancer scientist. She has built  positive and extensive relationships within the state’s higher education community, as well as within the Legislative and Executive branches. She has also worked alongside community and state leaders on the promotion of civic engagement and was featured as a panelist at the Hispanic Leadership Institute’s (USHLI) “Latinas in Politics” forum last year at UNM.

After moving the Office of Government and Community Relations directly under the Office of the President last year, Stokes determined that a Chief Government Relations Officer would enhance strategic oversight of all government relations activities and how they intersect with campus constituents. A search began earlier this year and drew a pool of very talented applicants but was subsequently cancelled in consideration of the complexity of the role’s integration with UNM’s evolving federal priorities and renewed strategic planning. Evaluation of the position and planning for the new search are ongoing.