The documentary Trenzas: Margaret Montoya Stories will be featured in the Waters Room in Zimmerman Library on April 29 at 2 p.m.

The documentary tells the story of Margaret Montoya, the first Latina to be admitted to Harvard Law School. The documentary celebrates her admissions, sustained leadership, and consistent commitment to civil rights, racial justice and health equity.

Trenzas tells Montoya’s story in her own words and the words of those closest to her by highlighting key moments in a life dedicated to achievement, including her career at UNM. 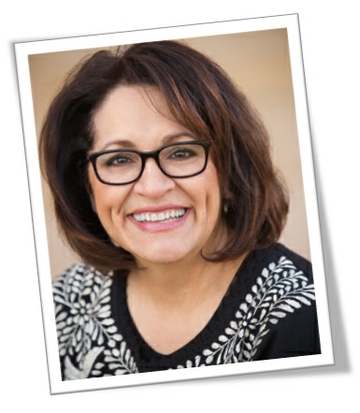 Montoya, the first Latina to be accepted to Harvard Law School, graduated with her law degree in 1978 where she won the prestigious Harvard University’s Sheldon Traveling Fellowship which allowed her to travel through Europe and Asia studying affirmative action in Malaysia and India.

Montoya has a been a member of the UNM law school faculty since 1992 and has taught courses in constitutional rights, torts, contracts, clinical law and employment law, and in her seminars, she examines issues of race, ethnicity, gender, culture and language.

From 2003 to 2005, Montoya served as interim director of the Southwest Hispanic Research Institute—established in 1980 to serve as UNM’s interdisciplinary center for the study of the Hispanic experience in the Southwest.

Montoya’s scholarship appears in law reviews, anthologies and case books and is used in many high schools, undergraduate, graduate and law school courses throughout the United States. Her best-known article, Mascaras, Trenzas y Greñas: Un/Masking the Self While Un/Braiding Latina Stories and Legal Discourse, connects autobiographical narratives with legal analysis and focuses on resisting the cultural assimilation that often comes with higher education.

As the lead scholar of a comprehensive American Bar Association initiative, Montoya released a 68-page report titled “Diversity in the Legal Profession: Next Steps” that analyzed the broad set of information aimed at advancing racial/ethnic, gender, disability and sexual orientation diversity within the legal profession.

Montoya has also been recognized by her professor peers and by the LatinX community for her work. In 2009, The CUNY School of Law named her the Haywood Burns Chair in Civil Rights. She is the recipient of the prestigious Clyde Ferguson Award, given annually by law professors of color for accomplishments in scholarship, teaching and service.

Both the National Latina/o Law Students Association and UNM’s Graduate and Professional Students of Color awarded her Lifetime Achievement Awards. The New Mexico Hispano Round Table, a coalition of some 60 Hispano/Latino organizations, gave her itsWalk the Talk award. She was named by Hispanic Business Magazine to its list of Elite Latinas and also received the Kate Stoneman Award from Albany Law School for expanding opportunities for women.