It's hard to imagine that it's been an entire year since Draft & Table opened its doors. Join Draft & Table Thursday, Oct. 17 in celebration of its one-year anniversary in style. The festivities begin at 11 a.m. and continue until 7 p.m. 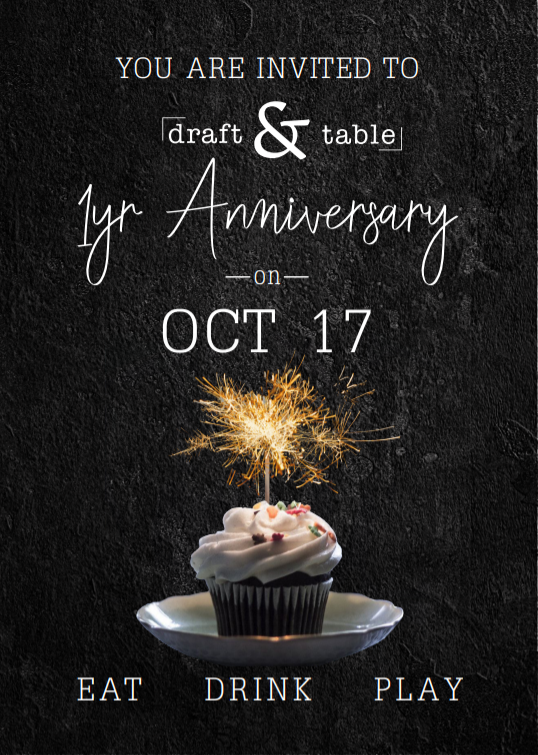 As part of the celebration, Draft & Table will be grilling burgers on the patio, giving away prizes every hour, playing games and passing out local brewery SWAG all in the name of having fun.

The concept for Draft & Table started as a student-led initiative to enhance collaboration, campus involvement and promote responsible drinking. It became part of UNM's capital plan in 2016. With campus-wide support for the project, The UNM Architecture Department became involved to help turn the idea into a reality.

The design for the space emerged from a Spring 2017 design studio taught by local architect and part-time instructor Chris Beccone. Students worked on the early concepts and developed drawings and scale models to explore the design of the taproom. By October 2018, Draft & table was a reality in the southeast corner of the Student Union Building.

Draft & Table's space includes four main areas: walk-up bar and service area; community room that includes tables that can be configured in a variety of functions, including various options for guest power sources, and a ceiling-mounted projector; a collaboration nook for small group gatherings; and a partitioned outdoor patio with tables and chairs.

For a menu, visit Draft & Table.