UNM Newsroom / News / Draft & Table to open in the SUB 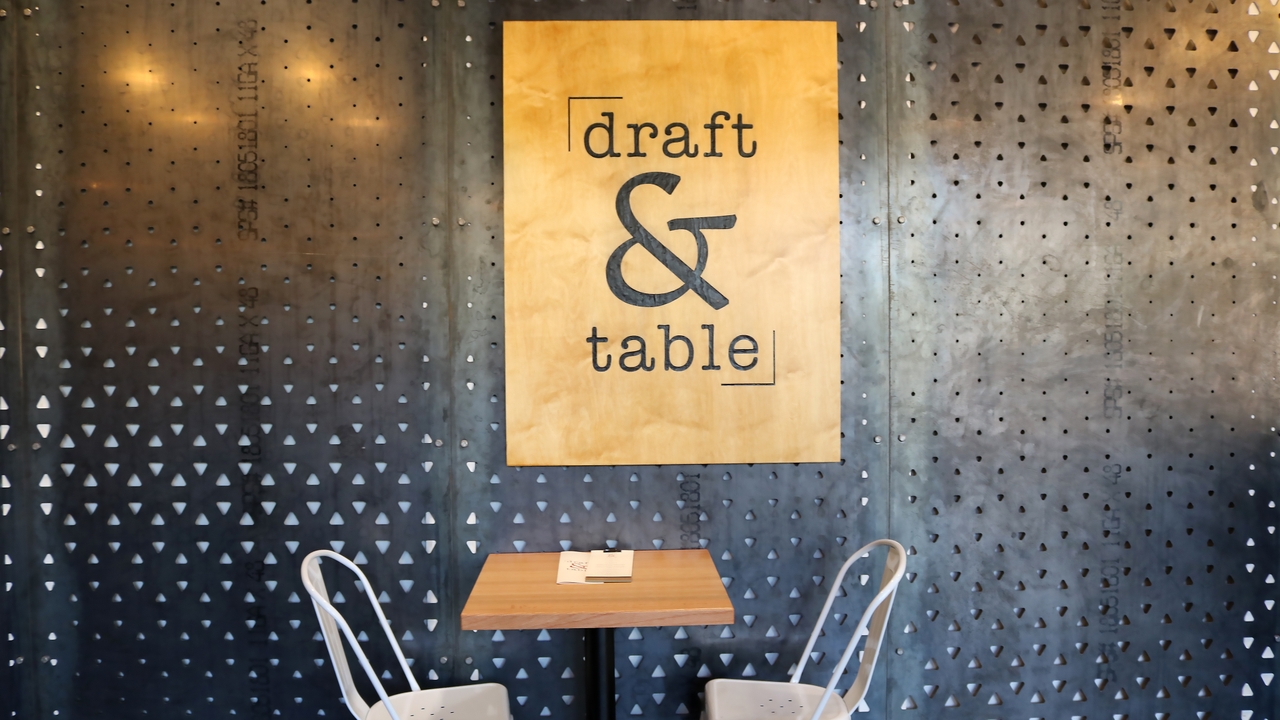 will open on Monday, Oct. 1, with a grand opening planned for Oct. 10. 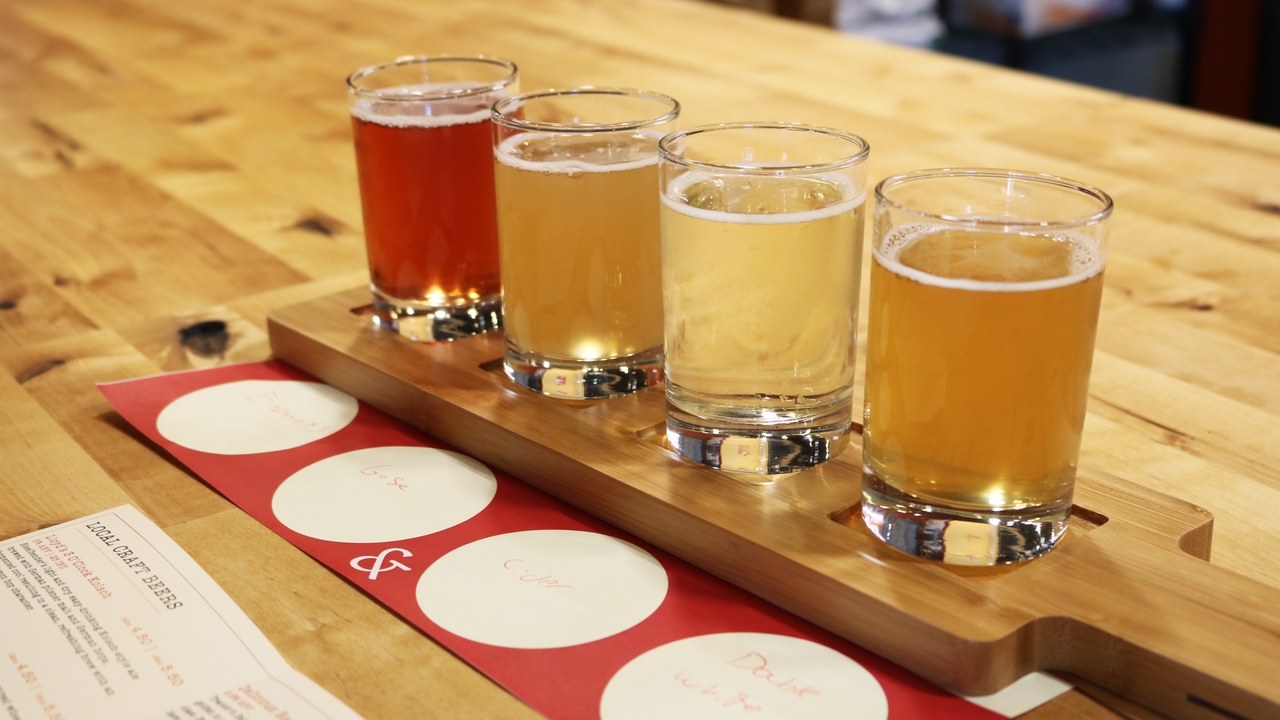 There will be a rotation of 13 beers on tap from local breweries, local nitro coffee on tap, in addition to New Mexico wines, ciders and other specialty drinks. 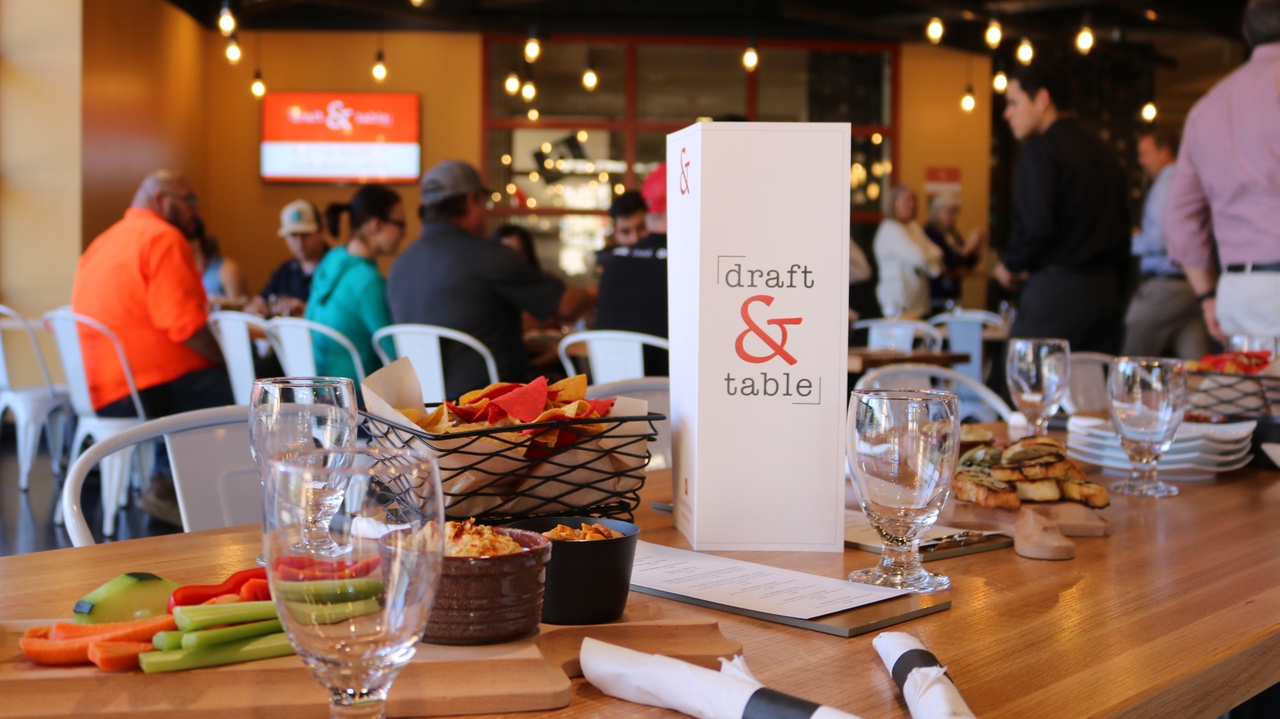 Draft & Table is also offering a menu of food that includes chips & salsa, flatbread pizza and an antipasti board. 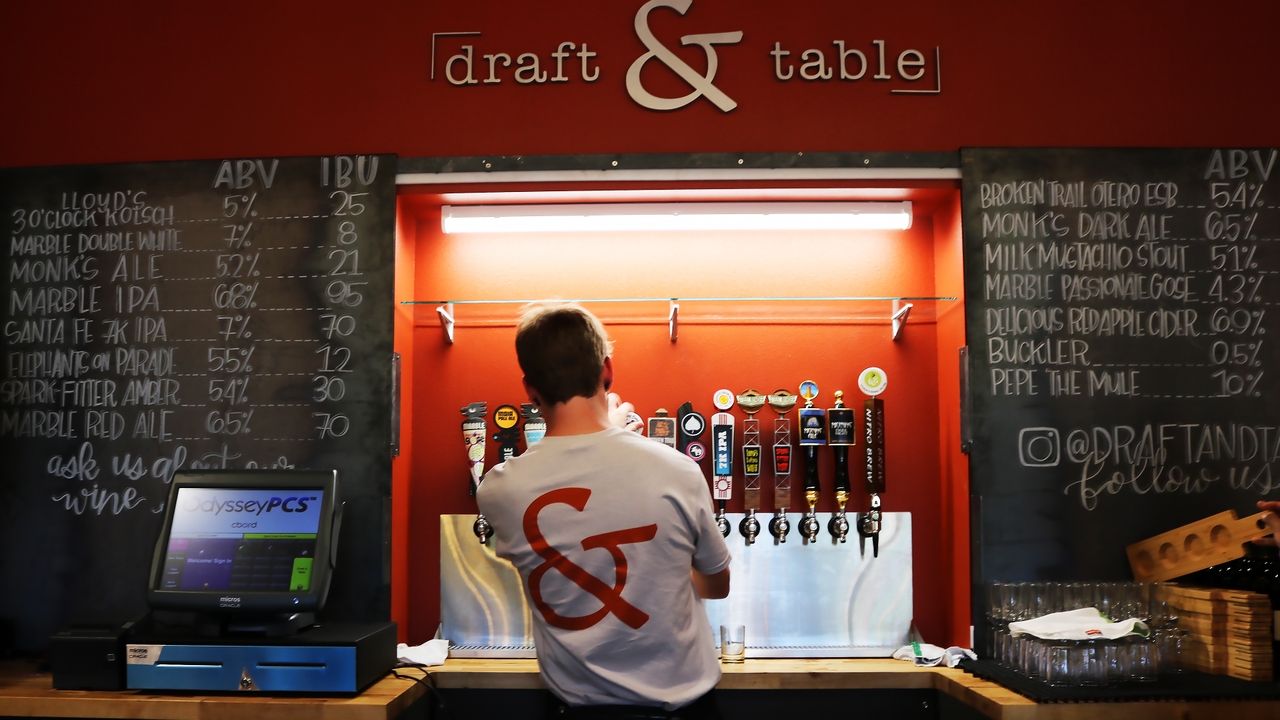 Service hours will be from 11 a.m. to 8 p.m., Monday through Friday. ID’s will be checked at the point of service and campus and community safe ride resources will be promoted.

Draft & Table to open in the SUB

It has been said that the most cherished moments happen when family and friends get together—together is a great place to be, and now near the heart of main campus at The University of New Mexico, there is a place where this is can happen, that just so happens to have great food and drinks.

The concept for Draft & Table started as a student-led initiative to enhance collaboration, campus involvement and promote responsible drinking.

“The taproom became part of the University’s capital plan in fall 2016,” said Chris Vallejos, associate vice president, UNM Institutional Support Services. “We were approached by two very inspired students that wanted to promote responsible drinking, a place to gather to bring all of the UNM Community together, promote town & gown relationships with the Albuquerque brewing community, and learn about craft beers from around the world.”

With campus wide support for the project, The UNM Architecture Department became involved to turn the idea into a reality. The design for the space emerged from a Spring 2017 design studio taught by local architect and part time instructor Chris Beccone. Students worked on the early concepts, and developed drawings and scale models to explore the design of the taproom.

The team also met with University Architect Amy Coburn’s staff to allow some of the students to participate in fabricating some components that would be installed by the contractors.

"The components of the taproom were a result of the UNM architecture studio’s study into the depth and variety of New Mexican history and culture,” said Beccone.“The patterning which appears throughout the space is an interpretation of traditional pottery patterns which were morphed through software to create the ‘flow’ pattern which characterizes several of the larger architectural features.”

The light grid at the ceiling is also a refined version of a ‘cove of light’ design which was originally proposed during student work.  “These pieces together make up the major architecturally defining features of the space of the Taproom,"added Beccone.

The involvement of the architecture students was so instrumental, the name Draft & Table was chosen for the space as a nod to their participation, drafting if you will.

Draft & Table is located on the southeast end of the SUB’s main level. The space includes four main areas: walk-up bar and service area; community room that includes tables that can be configured in a variety of functions, including various options for guest power sources, and a ceiling mounted projector; a collaboration nook for small group gatherings; and a partitioned outdoor patio with tables and chairs.

Draft & Table will open on Monday, Oct. 1, with a grand opening planned for Oct. 10.  Service hours will be from 11 a.m. to 8 p.m., Monday through Friday. The space will remain open for student use for all hours while the SUB is open. Chartwells, UNM’s food service provider, will be the chief operator of the space.

UNM Food is offering 14 taps and numerous other options off-the-tap. There will be a rotation of 13 beers on tap from local breweries, local nitro coffee on tap, in addition to New Mexico wines, ciders and other specialty drinks. Craft sodas and other sparkling beverages will be available as non-alcoholic offerings.

On tap for the grand opening:

Draft & Table is also offering a menu of food. Options include:

“We have a very unique opportunity to showcase the incredible brewing community in New Mexico,” said Amanda Gerard, operations manager, UNM Food. “Albuquerque has been a rising star in the industry and we are proud to offer a collective of craft beverages that highlight those talents.”

Entry to Draft & Table is inside the SUB. Gates on the patio are exit only. ID’s will be checked at the point of service and campus and community safe ride resources will be promoted by servers and collateral in the space.

“Draft and Table will add another space for Lobos to socialize, exchange ideas, and connect,” added Gerard. “We are committed to providing a safe and fun atmosphere that is rooted in appreciating a craft food and beverage experience in a responsible way.”

Whether you’re looking for a place to grab a quick lunch alone or with a group, relax after work or meet new people, Draft & Table is the University’s new space for making the memory… or gathering with friends to make the grade.