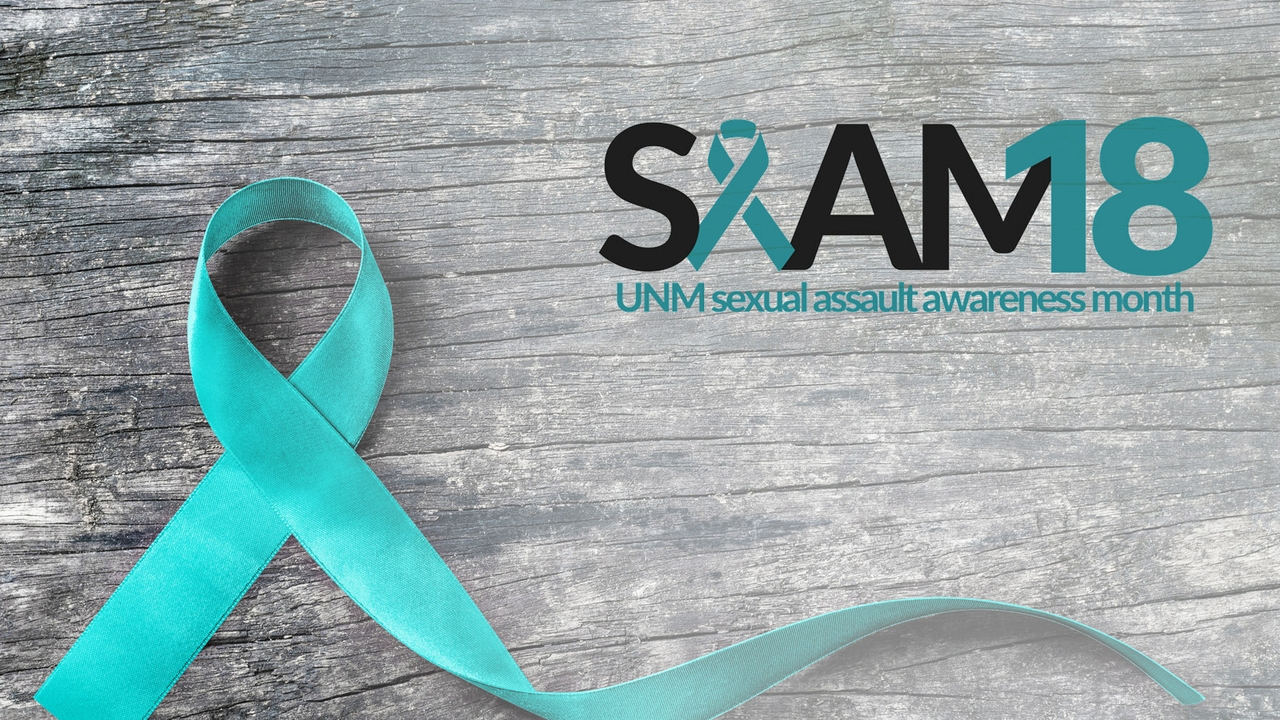 With the momentum of movements like Me Too and Time’s Up, society is experiencing a shift around sexual violence – how it’s identified, reported and prevented. April is Sexual Assault Awareness Month (SAAM), a time to raise public awareness about sexual violence and educate communities on how to stop it. The University of New Mexico is holding a number of SAAM events throughout the month of April, and provides numerous survivor, bystander and prevention resources year-round.

This year, SAAM is celebrating its 17th anniversary with the theme “Embrace Your Voice” to inform individuals on how they can use their words to promote safety, respect and equality to stop sexual violence before it happens. A Survivor’s Stand will be held on the evening of Wednesday, April 25 (exact time and location TBD). The stand is a gathering of survivors and advocates designed to help everyone reclaim their safe spaces and be heard. For this event, the UNM SAAM committee and the Student Alliance for Reproductive Justice (SARJ) are coming together in solidarity with the UNM and Albuquerque communities to bring awareness to sexual violence and to show what we can and are doing to combat it.

How else can you help? Individuals can embrace their voices to show support for survivors, stand up to victim blaming, shut down rape jokes, correct harmful misconceptions, promote everyday consent, and practice healthy communications with children.

One month isn’t enough to solve the serious and widespread issue of sexual violence. But the attention April generates is an opportunity to energize and expand prevention efforts throughout the year. Learn more about SAAM via the National Sexual Violence Resource Center (NSVRC). 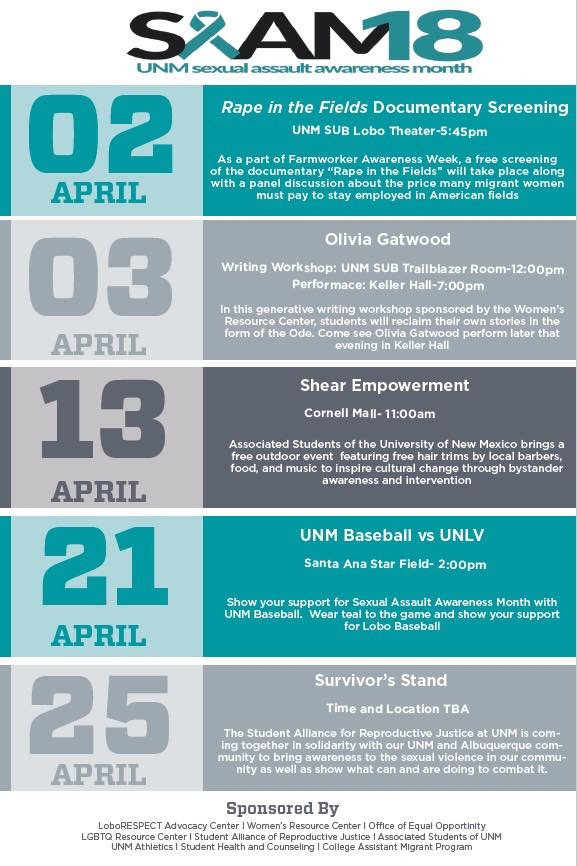